The city of Chicago is “Hog Butcher for the World… City of the Big Shoulders,” as poet Carl Sandburg wrote just over a 100 years ago. Much the same could be said of certain elements of the press, which sensationalizes and grants celebrity status to human interest subjects and stories far and wide. The 1920s press depicted in the musical Chicago is no less rapacious – and a butcher to reputations – than today’s press. The show, which follows the trials and triumphs of jailbirds Roxie Hart and Velma Kelly, makes the case for that old saw: “There’s no such thing as bad publicity.” The multiple Tony Award-winning musical features a book by Fred Ebb and Bob Fosse, music by John Kander, and lyrics by Ebb. With an all African-American cast (for the first time), direction by Kevin S. McAllister, musical direction by Cedric D. Lyles and illustrious choreography by Shalyce Hemby, ArtsCentric’s Chicago delivers a Broadway-level bounty of lyrical excitement. 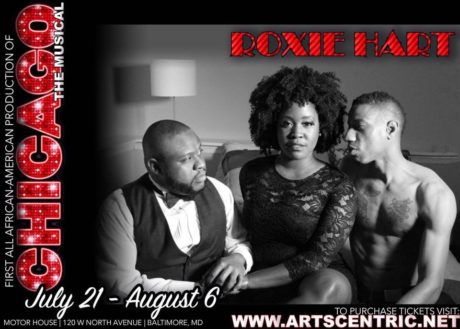 Chicago demands that its actors maintain a satirical tone, a tone set by the musical’s postering as a tale of “murder, greed, corruption, and treachery; all those things we hold near and dear to our hearts” – a tale that takes place in a city where “murder is entertainment.” Helen Hayes-nominated Ashley Johnson-Moore played the objectives of her somewhat racy character Roxie Hart with verve and aplomb. From her lush vocals in “Funny Honey,” to her duets with Jessica Bennett’s character Velma Kelly, such as “My Own Best Friend,” “Nowadays,” and “Honey Rag,” Johnson-Moore was beguiling.

Bennett commanded the stage with her smooth moves and powerful vocals in “Cell Block Tango (They had it coming).” Hemby choreographed a foot-stomping, Beyoncé-like set of dance moves for Bennett and the actresses that accompanied her. 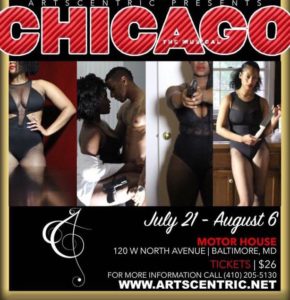 Sylvern Jr. was an audience favorite as Roxie’s not-so-bright, put-upon, cuckolded husband. His delivery of his lament-filled lyrics in “Mister Cellophane,” was fantastic. Another preeminent performance was put in by CJ Faulk, who played shark-like, mercenary lawyer Billy Flynn, who agreed to defend Roxie against a murder charge of her outside lover. Faulk gave one of the stronger performances in Act Two in “Razzle Dazzle.”

Pamela Ward’s Matron “Mama” Morton (a sort of a prison “mother hen”) soloed wonderfully in “When You’re Good to Mama.” The cute and talented BJ Daniels was chucklesome as tabloid gossip columnist Mary Sunshine. Jalisa Williams (who played death-row inmate Hunyak), with her background in jazz, ballet, modern and African dance styles, was quite the acrobat as she performed Hemby’s demanding choreography. Mark Anthony (Sgt. Fogarty) stood out as a dancer, as well. 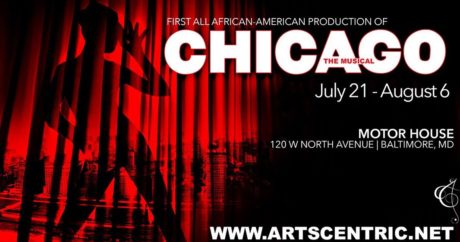