Out of nearly 90 shows in this year’s Capital Fringe Festival, 5 captured Audience Awards, as announced Monday, July 24. And a total of 16 shows got coveted extensions because they became so popular. 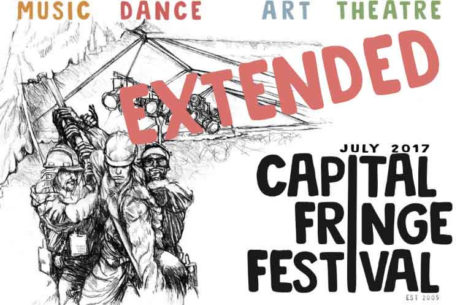 Extension performances run Thursday, July 27, through Sunday, July 30. So if you missed any of these Fringe faves, now’s your chance to catch them. And to keep traipsing around simple, they’ll all be performed in one of two places easy walking distance from each other: Logan Fringe Art Space or Atlas Performing Arts Center.

For tickets, click on the show names below. To read reviews of these honored shows by DC Theatre Arts and DCMetroTheaterArts writers, see the 2017 Capital Fringe Page.

Winner Best Drama – Fringe Audience Awards
“It’s What We Do: A Play about the Occupation”
Presented by Café Aziza, Inc. EXTENDED! 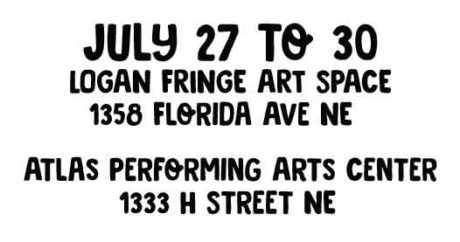 “It’s What We Do: A Play about the Occupation”
Presented by Café Aziza, Inc.

The Laramie Project
Presented by The Wandering Theatre Company

Exit, Pursued by a Bear
Presented by Barabbas Theatre

I’m Margaret Thatcher, I Is!
Presented by AnyStage Theater

Orson the Magnificent: The Magic of Orson Welles
Presented by Lars Klores

The Regulars
Presented by SCT Productions

To read reviews of these honored shows by DC Theatre Arts and DCMetroTheaterArts writers, see the 2017 Capital Fringe Page.