Okay, I’ll say it: the production of August Wilson’s Two Trains Running is so packed with dynamic performances under the direction of the multi-faceted Fuzz Roark, it threatens to explode out of the black box theater in the basement of The Madison. The show was moderately attended on opening night, but there should have been an SRO waitlist winding around the block.

Two Trains Running was a hit on Broadway when it premiered in 1992 at the Walter Kerr Theatre, and won the American Theatre Critics Award that year. The playwright had previously won a 1987 Pulitzer Prize for Fences and another in 1990 for The Piano Lesson.

It was set in 1969, a year after Rev. Dr. Martin Luther King Jr. was assassinated and four years after the death of Malcolm X. The black power movement was in full stride, civil rights activists were pushing for equality – and whites were pushing back. Hard. There were rallies, marches, protests, signs, riots, burning buildings and communities. The U.S. was deep in a war overseas, as well as in its own streets.

The play takes place over a period of six days and is set entirely in the dining area of the Memphis Lee Restaurant, a fading coffee shop and eatery. It is in a predominantly black, lower income Pittsburgh neighborhood about to undergo urban renewal. The city is rapidly buying up the neighborhood’s old properties with the intent to upgrade the area.

This play is one of ten in Wilson’s “Pittsburgh Cycle” of plays that included Fences.

Set Designer and Scenic Artist Alan S. Zemla designed the set, which took advantage of every corner of the theater’s space, and was constructed by Fuzz Roark, who was also the stage floor artist and executive producer. Luckily for Spotlighters, Roark does great work with every aspect of the show he tackled.

There is an onstage cast of six males and one female, plus several others who never make an appearance but are intertwined with the plot. Most of the characters are African-Americans who are struggling with economic, societal, cultural, and racial issues. One offstage character, Aunt Ester, is a spiritual advisor and “washer of souls” who is believed to be 322 years old.

The restaurant owner and central character, Memphis Lee, superbly played by longtime area actor Louis B. Murray, is a treat to watch in the intimate Spotlighters space. During this nearly three-hour show, he has the lion’s share of the dialog – a lot of memorizing – which he delivers flawlessly. His facial gestures are priceless.

His wife has just left him and he can’t understand why, though the audience quickly realizes her reasons, listening to his rants and picking up on his antediluvian attitude toward women, especially in his treatment of Risa (Linae Bullock) the shop’s waitress.

The city is offering Memphis only $10,000 for his restaurant space – for which he paid $5,000 decades earlier – and he angrily insists he will only sell it for $25,000. In his frequent rages, Memphis comes close to fisticuffs with nearly every character and is insulting to Risa, who is quick to lash back.

Risa, the only woman in the play, has her own issues. Physically attractive, she has cut up her legs with a razor to distract men from looking at her as a sex object. Through her stockings, thick keloid scars form ugly tracks on her calves.

Wolf (Mack Leamon) is a numbers runner for an illegal lottery operated by a white family that routinely “cuts the numbers.” Wolf tends to occupy a corner table and is operating part of the time out of the restaurant. He’s attracted to Risa and claims to have women in distant towns. Memphis is worried he will get in trouble for allowing Wolf to use the phone in his shop and hangs up on callers who dial asking for Wolf.

Hambone (Aaron Hancock) is a middle-aged man who is intellectually challenged and unstable. Two decades earlier, Lutz, the white owner of a meat market across the street from Memphis’ restaurant, hired Hambone to paint his fence in exchange for a ham. When the job was done, Lutz reneged and offered Hambone a chicken instead. Every day since then, Hambone has shown up on Lutz’s doorstep demanding his ham, which Lutz refuses. This sends Hambone into a frenzy of anger.

Holloway (Tyrell Martin) is the wise old man of the coffee shop. He, too, has his preferred table. Most of his dialog is shimmering pearls of wisdom promptly ignored by those around him. Eventually, though, most heed his urging to visit Aunt Ester.

Sterling Johnson (Troy Jennings) is a young man, just out of prison for robbing a bank with little chance of finding a job or having a future in the depressed community. He, too, is attracted to Risa – and won’t let her negativity deter his ardor. His gentle side is revealed in his budding friendship with Hambone.

West (Timothy Eric Andrews) is considered rich by his neighbors. Still suffering from the death of his wife, he is an undertaker. He owns seven Cadillacs, but lives above his funeral home. He is dealing with the funeral plans of a preacher known as Prophet Samuel, whose viewing at the funeral home is drawing huge crowds, including some opportunists who were “charging $1 to view Prophet Samuel” before West stopped them. He will later have to deal with another, unexpected funeral. A bit of a real estate wheeler-dealer, West has also offered to purchase Memphis’ property – a little bit above what the city has offered but significantly less than the $25,000 that Memphis stridently demands.

In the course of these characters’ ordinary-sounding comments and concerns, a portrait emerges of the struggles of ordinary African-Americans of the 1960s in dealing with white society and a declining economy.

It is a compelling look at our recent past, delivered by an incredibly well-crafted combination of cast and crew. As a whole, the cast’s performance is transfixing – and transformative. The crew deftly supports them with a beautifully synchronized set, sound, lighting, stage management, costumes, period music and more.

This is a show you won’t want to miss. 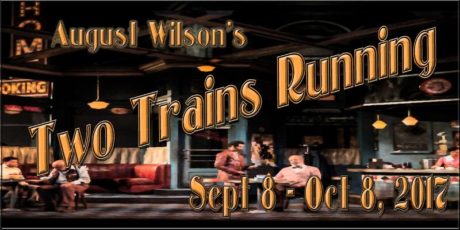