The theater that brought you the Helen Hayes Award–winning show Word Becomes Flesh last year is walking the talk and following up with the Word Becomes Action Festival.

Before I get into the festival, let me say a bit about Word Becomes Flesh by Marc Bamuthi Joseph, now playing with the original cast in an encore production. Last season I was in rep with this cast in the opposite dressing room in the cast of For Colored Girls… . I watched their show develop through the rehearsal process and saw it at least 20 times. Every night, I was astonished. Fast forward to their opening last week. I saw it with my husband and son, for their third time, and was blown away. I still learned something new. The subtle nuances from the crisp direction of Psalmayene 24 were evident from the first production. Tony Thomas’s smooth choreography was still on point. All of the actors—Justin Weaks, Gary Perkins, Clayton Pelham Jr., Chris Lane, and Louis E. Davis, my brothers—made deeper connections within their own pieces and to each other. If you didn’t see it last year, be sure to catch it this month.

In conjunction with the run of Word Becomes Flesh, the Word Becomes Action Festival explores the diversity of experiences and narratives of the African Diaspora. This festival is curated by Raymond O. Caldwell, resident director and full-time lecturer in the Department of Theatre Arts at Howard University. The festival will present four fully staged pieces, hold public workshops, and present new work readings that inspire audiences to move word into action!

Each of the four presented pieces serves as a jumping-off point for conversation and engagement. After each performance, audiences are invited to join the artists and a community panel in a talkback. Each community panel includes an expert researcher from the field and a representative from a local non-profit currently providing services in the given area.

Kicking off the festival will be Olityelwe (The Forgotten) by Smoke and Mirrors Collaborative, September 16 and 17, 2017. Olityelwe is a hilariously heartbreaking new play that pulls audiences into the music, dirt, and dreams of modern South Africa. This weekend’s talkback conversation is about HIV/AIDS in South Africa, and how those living with HIV/AIDS are often forgotten—there and here in DC. Whitman Walker will be the community partner and will share research and information how people can get involved. 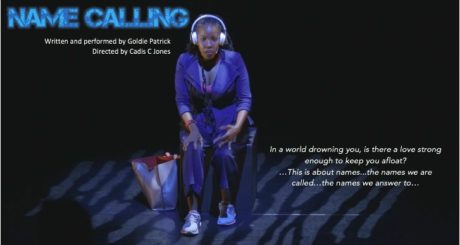 The following weekend, September 23 and 24, will be Name Calling,  written and performed by Goldie Patrick. Name Calling asks what do most girls want to be when they grow up? A lawyer? A teacher? A Goddess?! Name Calling dissects the marginalization of women in their common daily encounters.

Next is a staged reading of The Raid by Idris Goodwin, September 30. On the eve of Brown’s raid on the federal armory in Harpers Ferry, John Brown and Frederick Douglass argue the merits of violence and pacifism, order and chaos, and the possibility of a nation free of the scourge of slavery.

The final presented piece will be Klytmnestra written and performed by Dane Figueroa Edidi, October 7 and 8. Set in the cemetery of black art; this one-woman epic slam poem deals with the effects of colonization on indigenous cultures. Klytmnestra, a priestess, conjures the spirits of the dead to vindicate a mother slain by her own son’s hand.

Artists will also conduct workshops that inspire participants to use their voices to create theater for social change. 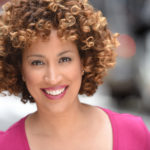 Natalie left her steady career after 20 years in DC to be a full-time actor in New York while a married mother of two teenagers in Maryland. She has appeared on Washington, DC-area stages including Studio Theatre, Theater Alliance, African Continuum Theatre, Folger Theatre, and 1st Stage. Her favorite productions include For Colored Girls, Passing Strange, Old Settler, and The Violet Hour. She can also be seen in videos for AARP, AETNA, FDIC, and the US Postal Service and commercials for Audible, Kubo & the Two Strings, Ocean City, and UMUC. Natalie made her film debut as a talk show host in the independent film Nocturnal Agony starring Lawrence Hilton-Jacobs, Vernee Watson, Deidra LaWan Starnes, and Hezekiah Walker.

As an actor and former Helen Hayes judge for theatreWashington, Natalie has learned intimate details of productions on stage and off. She combined her multicultural marketing skills with her love of the theater and created Blackstage DC, a blog that highlights multicultural artists from the greater DC area. She is also theatre writer for DC Refined. She has a B.A. degree in Speech Communications from the University of Maryland at College Park and a master’s degree in Social Work/Social Service Administration from Howard University. Natalie is married with two teenage sons and divides her time between New York and Maryland. www.natalietucker.com

News: ‘Olityelwe (The Forgotten)’ Returns to DC in Full Production for Two Performances Only at Theater Alliance by John Stoltenberg

Review: ‘Word Becomes Flesh’ & ‘for colored girls who have considered suicide/when the rainbow is enuf’ at Theater Alliance by John Stoltenberg