The big laughs in Yasmina Reza’s God of Carnage come from watching grownups behaving badly, and the big joke is that four parents end up acting more like petulant, belligerent children than their own eleven-year-old progeny. Written in French and translated into English by Christopher Hampton, the comedy became a West End and Broadway hit in the aughts. In the fun production at George Washington, a cast of student actors land the laughs in God of Carnage with polish and panache.

The story begins with a simple, unprepossessing setup and then goes hilariously awry. Two sets of middle-class parents get together to sort out a playground tiff between their sons, one of whom hit the other with a stick, breaking two teeth. From polite posturing, the couples gradually turn more surly and uncivil than their wayward kids. Irritants get taken as microaggressions, provocations push politesse over the edge, all pretense at social propriety falls away, and by the end four ids are unleashed and revealed to be utterly juvenile.

The key to the comedy is keeping credible its slow simmer to an over-the-top boil. Director Elizabeth Kitsos-Kang has paid precise attention to each moment-to-moment escalation. And the actors—themselves not quite of an age to have eleven-year-olds—sustain belief in their characters’ explosive tempers with enjoyable assurance.

Jordan Feiner and Leslie Miller play Michael and Veronica, parents of the kid who got hit. Feiner gives Michael, a merchant of everyday household items, a down-to-earth, no-nonsense quality that ultimately erupts in macho apoplexy. Miller starts Veronica, a collector of African art, at a higher-strung pitch, and evenly matches Michael’s tempestuous outbursts.

Samantha Gonzalez and Kent-Harris Repass play the parents of the kid who got hit, Annette and Alan. Gonzalez gives Annette a gigglish charm that turns farcically indelicate (at a point the character barfs all over a pile of coffee table art books). Alan is a high-power lawyer, often barking on his cell phone, and Repass persuasively shows the character’s shift of professional aggression into personal space.

At the beginning, the two spouses in each couple touch one another fake-ardently almost constantly, as if to inflect their speeches with marital decorum and affable sentiment. By the end they’re all about to come to blows, and two of them actually do. As often happens when two straight couples socialize, the women bond and the men bond, and a gender feud seems about to break out. Except here even those alliances are off, and it’s every inner barbarian for themselves.

Lighting Designer Pancharee Sangkeo nicely highlights the play’s pulses and shifts of focus. Sound Designer Kathryn Fields fills in the cell phone rings and the drone of a hair-dryer. And special mention to Properties Master Kelvin Small for devising how to deliver the stage vomit.

The comic payoff built into Reza’s script plays out just as it’s supposed to. It steadily takes the audience along for a riotous ride that’s riddled with recognition of how base and vulgar people can be without impulse control and the constraint of courtesy (which at one point Alan calls “a waste of time”). Not so much a laughing matter on the national stage, but funny as all get out on this one. 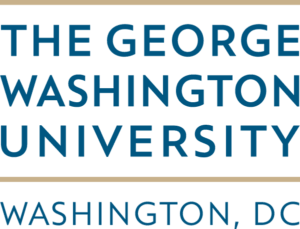