When Hurricane Maria struck the island of Puerto Rico on September 20th, the storm left millions of American citizens with no electricity, drinkable water, cell service, or a roof over their heads. A month later, 80% of Puerto Ricans still lack electricity. People cook on gas stoves and wait in never-ending lines to use the ATM.

The Latino communities of Washington, D.C. aren’t letting anyone forget the crisis, though. Performers around the region have banded together to collect donations, and musicians and theaters in the greater D.C. area have raised over $131,000 since Hurricane Maria hit.

For Danny Bolero, an actor who just finished a run as Kevin in Olney Theatre’s In the Heights, helping Puerto Rico however he could, was an obvious choice – and In the Heights was the perfect show for fundraising. The musical, which Lin-Manuel Miranda wrote before he penned Hamilton, tells the story of a New York neighborhood, Washington Heights, and its inhabitants. Since the 1970s, Washington Heights has been home to one of the largest populations of Dominican-Americans and Puerto Ricans in the country, and Miranda himself is Puerto Rican. “In the Heights is a show about family, community, and heritage,” said Bolero. “Puerto Ricans just took a major blow to their community.” In order to help the island rebuild its community, Danny asked the cast and crew of In the Heights if they could collect donations. The Olney Theatre agreed to pass a hat around after each performance.

“The response was better than I ever thought it would be,” Bolero said. “All we’ve done is ask for money after the show. That’s it.”

The first night alone, Bolero and his castmates collected an average of $7.50 per audience member. That’s when they knew they had connected with viewers’ desire to help. Bolero and the Olney Theatre set their sights on an ambitious fundraising goal of $96,000: the amount of money a character from the show wins in a lottery drawing. The In the Heights cast not only met that number, but exceeded it, raising over $105,000.

At theaters around D.C., other thespians were planning more fundraising efforts. At GALA Hispanic Theatre, an organization that performs shows in both English and Spanish for D.C.’s Latino community, Rebecca Medrano and the rest of the theater’s leaders pulled off their own musical benefit.

GALA has deep connections to Puerto Rico, according to Medrano, the theater’s co-founder and executive director. They routinely bring actors and musicians to D.C. from Puerto Rico, and many members of their board have cultural roots in the island. GALA partnered with the D.C. chapter of the National Conference of Puerto Rican Women to put on “A Night to Support La Isla del Encanto” on October 7th.

“We put together an evening that would both be uplifting and would raise money,” Medrano added. “What raised the majority was passing the hat after every act, asking people to be generous, to open their pocketbooks. We talked about what the situation really was in Puerto Rico. Some people didn’t know. 80% of Puerto Ricans with no power! It’s incredible. That doesn’t happen in New York or Louisiana. Puerto Rico is part of the United States.”

Though the night was principally meant to raise money, it was also entertaining and educational. “We made it fun for people and let them learn about the music. Proyecto Piquete gave people an overview of their instruments and their history, for example.”

By the end of the night, the GALA Hispanic Theatre and its performers had raised $16,000 for Puerto Rico.
Others assembled fundraisers outside the framework of a theater. Monica Rivera, a government employee who came here from Puerto Rico, also knew she wanted to help as soon as Hurricane Maria hit. “All the Puerto Ricans abroad, we felt commitment to the island. It’s intrinsic. It’s in our blood. We hear the call,” she said.

That’s why she brought in her friends – Isha Renta, Tania Iriz, and Yomaris Correa Thillet – to think up an afternoon of Puerto Rican music and dance classes. The four women found teaching space at 202strong, a D.C.-area gym, and put together a schedule of Zumba, bomba, and salsa classes. Their fundraiser, “Marcando El Paso Por Puerto Rico,” will take place on December 2nd. Tickets for each class are $15 and include lunch from Linx Deli, a Puerto Rican restaurant. Semilla Cultural, an Afro-Puerto Rican dance troupe, will bring along its buleadores, primos, and cuás (Puerto Rican percussion instruments) for the bomba class it will lead.

“If I can spread awareness of what’s going on, I feel like I’m doing my part. Some people might think, ‘It’s been thirty days. Puerto Ricans must be doing okay.’ But they’re not, and it’s going to take years,” said Rivera. In order to raise money for the place they call home, Rivera, Renta, Iriz, and Thillet have focused on uniquely Puerto Rican art forms. “What will make this afternoon special is that we’re using elements that are so Puerto Rican – salsa, bomba – to raise money,” added Rivera. Marcando El Paso will also feature traditional Puerto Rican food for sale, as well as a raffle of Puerto Rican art.

All proceeds from “Marcando El Paso Por Puerto Rico” will go to the Puerto Rico Real Time Recovery Fund, which will work with the Puerto Rican National Guard to provide long-term recovery funds for the island.

For Hellman Escorcia, a Grammy-nominated saxophonist and Puerto Rican who moved to D.C. just last year, breakdown of support for artists is one of the most alarming hurricane side effects. “The musicians don’t have any jobs, because who wants to go to a concert right now?” Escorcia said.

Since Hurricane Maria struck Puerto Rico, Escorcia has been working nonstop to gather money for the island’s musicians, art schools, and cultural groups. A major part of his efforts: “Rebuilding Puerto Rico De Afuera Pa’Dentro Music Fest,” a music fest at Tropicalia on October 15th. “There was music from 2:00 to 10:00 that night – Puerto Rican, salsa, reggae. We were blessed that so many people were there, but we’re still working,” said Escorcia.

The proceeds from “Rebuilding Puerto Rico” have gone to organizations like the Instituto de Cultura Puertorriqueña, a government group dedicated to all forms of Puerto Rican art, and Fundación Buena Vibra, which is rebuilding Puerto Rican homes. What Escorcia feels passionate about, though, is supporting individual musicians.

“I’m contracting musicians to play for people who lost their houses. We give these musicians food or food certificates. Then they can go to the grocery store. They have employment for at least one day.”

By providing basic income for these musicians, Escorcia hopes to not only keep artists afloat financially but bring the energy of music back into the lives of the listeners, many of whom don’t have reliable sources of food or water.

Ultimately, theater, song, and dance have proved the best way for all these artists to raise much-needed relief money. The reason: performance means connection, and connection means empathy. “The performing arts are grounded in the reality of your family and history and culture, but they also lift you above that reality so that you can heal and heal others,” said Medrano of GALA.

There’s no denying that Puerto Rico is in desperate need of healing. According to IHS, a research firm, the total cost of rebuilding the island ranges between $40 and $80 billion. But thanks to the actors, singers, dancers, and activists of D.C., Puerto Rico will receive a substantial drop in that bucket. 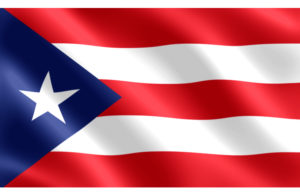 RESOURCES
If you would like to make a donation through one of these performing arts groups or their partners, consider the following options: