This Monday, December 11th, a one-night-only concert to benefit the victims of Hurricane Maria entitled Holidays, Hearts, and Home brings a not-to-be-missed roster of whos-who performers to Arena Stage.

Wisehart, a NYC based performer who originated roles in the Broadway productions of Holiday Inn and An American in Paris, is currently playing Charlie the Fix-It Man in Arena’s The Pajama Game.

According to the press release for the event, all proceeds will directly support local chef José Andrés’ charity World Central Kitchen as well as #ChefsForPuertoRico, providing relief efforts to Puerto Rico following the destructiveness of Hurricane Maria.

“When I got to Arena Stage here in DC and began rehearsals for The Pajama Game, I found myself surrounded by this wonderful community of artists who, like me, wanted to make a difference. When I approached Arena about producing a benefit concert, they were very supportive,” Wisehart told DC Theater Arts.

Arena Stage Artistic Director Molly Smith encouraged Wisehart to work with Chef José Andrés and World Central Kitchen, whom Arena has had longstanding relationships with. “It made perfect sense to work with a local hero and friend to the family, so to speak,” Wisehart continued. “Chef José Andrés is doing incredible selfless work literally feeding the hungry. I also greatly appreciated that it would ensure that there was a direct benefit to the people of Puerto Rico.” 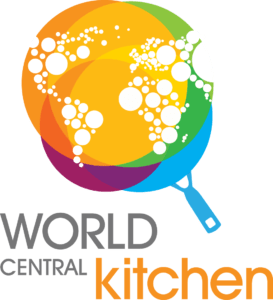 Holidays, Hearts, and Home will be emceed by Ed Gero and headlined by Natascia Diaz, and Pajama Game leads Britney Coleman and Tim Rogan. Additional performers include singer-songwriter Justin Trawick performing a poignant original song “All the Places That I’ve Been” from his upcoming album The Riverwash EP and YouTube arranger David Rowan. Rowan will perform his hit trio arrangement of “Waving Through the Window” from Dear Evan Hanson, the 2017 Tony Award-winning Best Musical that originated at Arena Stage in 2015.

“I am very honored to have Veterans Affairs Judge Estella Velez, who just returned from her 5th trip to Puerto Rico, joining us to speak about her experiences there and perform a Flamenco duet with her husband,” Wisehart noted.

And what is Wisehart’s motivation for hosting this event?

“In an ever increasingly chaotic world, it is part of our duty as artists to not just be citizens of this country, but also of this entire world. I think it is a civic responsibility to reach out and utilize our gifts and talent to be agents of change and help be the good in the world that we want to see.”

Holidays, Hearts, and Home plays one-night-only on Monday, December 11th at 7 pm in the Fichandler Stage at Arena Stage at the Mead Center for American Theater – 1101 Sixth Street, SW, in Washington, DC. Tickets are available at the door for a suggested donation of $40 or online.

The Washington, DC theater community continues to give to the cause of hurricane relief in Puerto Rico. As DC Theater Arts writer Elizabeth Ballou observed last month, DC area performers have hosted a variety of events to raise money in the wake of the September 2017 hurricane that devastated the US territory.