One of the questions I often receive from theater-goers surrounds the mystery of what a stage manager does for a live theater production. The stage manager is rarely seen, and doesn’t seem to have a specifically-noted technical responsibility in a program such as set design, lighting design, sound design or costume design as examples. So, how best to answer is to go to the source: a veteran stage manager.

With that as a starting point, I went to Paul Michnewicz, a veteran stage manager and director, to learn how best to respond to questions about what a stage manager does.

David Siegel: What is the role of the stage manager? 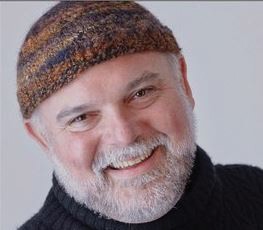 Paul Michnewicz: The stage manager’s job is to communicate all of the details of the production to all of the stakeholders, from rehearsals to performances, in the most clear and concise manner possible. This includes actors, dancers, singers, musicians, props, lights, sound, costumes, projections, directors, choreographers, managers, assistants and producers. That sounds simple, but the logistics of a production can be tremendous. As the saying goes “simple is never simple.”

What does a stage manager do during rehearsals?

For me, the rehearsals are the most fun place to be because that is where everyone comes together to figure out how to tell a story in the most engaging way possible. The stage manager assists everyone in telling that story with clarity and advance planning.

What does a stage manager do after a production opens?

After opening night, the director and designers leave and go on to other shows. The stage manager’s job is to call all of the lighting, sound, projection, rail, and deck cues. To be more specific, you have a crew of people who are trained to do certain things like run spotlights, affect costume changes, move scenery, raise curtains, play music, etc.; and they all need to be told precisely when to do all that. That means you say “Stand by” and “Go” a lot. If they do it correctly, no problem. But if they do it wrong, you have to fix it. Also, you have to make sure that the performances stay as they were originally intended. This can sometimes be a tricky proposition because theater is a living art form.

Did you study to be a stage manager or have an apprenticeship?

I studied theater at Trinity University in San Antonio, Texas. During the summers, I went home to Oak Park, Illinois, where I worked at an outdoor Shakespeare company where I got my equity card. Then got an MFA from the Yale School of Drama. The education route worked for me. Working with faculty was inspirational, but collaborating with fellow students really taught me the life lessons. Some people learn stage management from apprenticeships and on-the-job training. There is not one way that is better than the other.

What have been some of the challenges you have faced as a stage manager over the years?

I love divas and divas love me. That’s because, for the most part, divas are simply trying to make sure that their performance is as is good as it can be.

Here is a true story about a diva on a show at the Kennedy Center. There was an opera singer who badly needed Gatorade to clear up some vocal issues. The stage managers put Gatorade everywhere she might want a drink – her dressing room, backstage, in the rehearsal rooms, etc. On opening night, after her big number, she was supposed to drink from a chalice brought to her onstage by an extra. She was visibly upset when no Gatorade was put in that cup. No one thought to ask her if she wanted Gatorade to come onstage. After she complained, everyone said she was such a b—tch. But I said, “She has just sung for 45 minutes and has 45 minutes to go. If she sings poorly, she might not ever get hired again.” I have often been hired to work with divas because I listen to them and understand that for the most part they are just trying to do a good show. I say “for the most part” because there are also folks who just like to throw their weight around. If you saw me you would know that they aren’t going to win that battle with me.

What are you most proud of in your work as a stage manager?

I really loved Stage Managing Merrily We Roll Along with Raul Esparza for the Sondheim Festival at the Kennedy Center. It was a very complex musical and the rehearsal schedule was very tight. Everyone on that stage, from the 3rd electrician to the Maestro, were so focused on producing an excellent show. You could feel the overwhelming joy after the final curtain call.

I also loved stage-managing the world premiere of Yellowman by Dael Orlandersmith in a co-production with the Wilma Theater in Philadelphia, PA, Long Wharf Theatre in New Haven, CT, and the McCarter Theatre in Princeton, NJ. This play, starring Dael herself and Howard Overshown, was a stunning exploration of racial equity issues. At the first rehearsal, the show ran about three hours. Each day in rehearsal Dael would come in with new edits and changes. Sometimes things were cut and sometimes things were re-inserted in later rehearsals. The designers all needed to be kept apprised of these changes because allusions to design elements were eliminated. The final version ran 81 minutes. The work paid off when the play received a Pulitzer Prize nomination and continues to enjoy productions all over the country, including a recent one at the Anacostia Playhouse directed by Thembi Duncan.

The organizational and communication skills of a stage manager are very transferable. For three summers I was the Scheduling Coordinator for the International Vocal Arts Institute in Tel Aviv, which included 150 singers and a teaching faculty of 40 from the Metropolitan Opera. We produced eight operas in seven weeks. The scheduling details were bewildering, but putting the puzzle pieces together was very rewarding – and the trips to Israel were life changing.

I used the connections I have made as a stage manager and the insights I have learned about the collaborative process to co-found Theater Alliance and act as its Artistic Director for several years. This was a natural extension of learning about how plays are created and how to best work with a variety of people and skill sets.

My skills as a stage manager have been transferred to my new job as the Director of Arts and Events at the Reston Community Center where I program an ambitious Professional Touring Artist Season in our CenterStage plus manage dozens of outdoor concerts, festivals, parades and a large profile of visual arts classes. I have really benefitted from a lifetime of stage managing experiences.

One last question, what might audiences be most surprised to learn about your work as a stage manager?

People assume that stage managers are good technicians but for me, that is far from the truth. I can’t even change a tire.