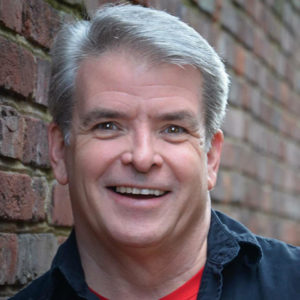 La Ti Do, DC’s premier cabaret series, will award Lawrence Grey, Jr. the inaugural Joel Markowitz Audience Award at their 6th Anniversary Celebration on January 22, 2018. This award, named in honor of Joel Markowitz’ legacy, goes to audience members who are actively involved with the company and go above and beyond in their commitment to supporting La Ti Do.

La Ti Do Co-Founder Don Mike Mendoza says the audience award was created “for those who give 150 percent and have an active presence in the La Ti Do community.” The award being named for the late Joel Markowitz is significant to La Ti Do’s mission of supporting local performing artists: “We want to appreciate the ‘Joels’ of our community. Larry [Lawrence Grey Jr.] is that type of person,” says Mendoza. “Joel Markowitz was the ultimate supporter, so it is only natural that this award be named in his honor.”

In addition to being announced as this year’s Joel Markowitz Audience Award honoree, Lawrence Grey Jr. is a prominent community theater actor and Salvation Army volunteer. Grey will also be the feature performer at La Ti Do in July 2018. Though he will be granted the award at La Ti Do’s 6th Anniversary Celebration, we had a chance to chat with Grey about this honor beforehand.

How does it feel to be receiving the Joel Markowitz award?

I am deeply honored and deeply moved to be receiving such an award. Joel made a lasting contribution to DC area arts and had a lasting impact on all who were fortunate enough to know him. He was a builder and encourager.

How did you originally get involved in the DC theater scene?

I relocated to the DC area 13 years ago. I had been very involved in the theater scene in St. Louis, Missouri. I auditioned for, and was fortunate to get cast in, a production at The Little Theater of Alexandria. That led to other roles at other theater companies and to Alexandria Singers, which led to La Ti Do.

From a performers perspective, what makes La Ti Do special to you?

Don Mike Mendoza and Regie Cabico have created a warm, engaging, and safe environment for performers to do what they love most: perform, as well as an opportunity to hone and improve their skills. Also, to be heard in a venue that allows for mistakes and learning, and exposure, and experience.

What is it about La Ti Do that keeps you coming back as an audience member?

La Ti Do quickly grows on you. You begin to feel as if it’s a part of you. It’s like coming home for a family gathering. I am entertained and educated by the level of talent of the musicians and the spoken word artists, whether I am there as performer or audience member. I feel like I am at home every time I attend. Don Mike Mendoza, Regie Cabico, Anya Randall Nebel, and the rest of the staff have created a home for performers.

What productions or companies have you been involved with recently outside of La Ti Do?

I am currently in rehearsal for a show with Aldersgate Church Community Theater called Death by Design, which opens March 9 and plays through March 25. Shameless plug: I was most recently in A Christmas Carol, an annual tradition for me, with The Little Theatre of Alexandria. I have been in many productions with that company. I have performed and been a stage manager with other companies such as Dominion Stage, the St. Marks Players, the Alexandria Singers, Aldersgate Church Community Theater, the former Foundry Players, Reston Community Players, and the Salvation Army Territorial Songsters.

Do you have any special memories or recollections about Joel Markowitz?

I had the pleasure of meeting Joel twice and attended a holiday party that he held. He was so engaging and a delight to converse with; very down to earth. You could sense he lived for the arts, as well as his passion for elevating the status of community theater. He gave me my first review in the first production I was in in the DC area. He was encouraging and inspiring to all actors.

I think Joel would be so pleased and encouraged with what Don Mike Mendoza, Regie Cabico, and their crew have created with La Ti Do. It very much embodies Joel’s spirit of uplifting the arts and encouraging artists while giving them a welcoming environment to perform and be heard, as well as to be recognized and grow. They have built a connection with the DC theater scene that exposes audiences and performers to all the DC area has to offer. I am so proud, and deeply honored, to be associated with La Ti Do and its mission. I want to encourage other artists, spoken word poets, performers, actors, and singers to take advantage of this amazing venue.