Pinky Swear Productions is excited to announce the world premiere production of a new play by a local playwright that celebrates the beauty, diversity, and absurdity of life in the nation’s capital.

Brittany Alyse Willis’ Use All Available Doors follows a soon-to-be decommissioned WMATA train car, a grieving operator re-evaluating her life’s path, and a revolving door of passengers as they travel the length of the Red Line, with vignettes performed between each stop. Pinky Swear presented a staged reading of sections of the play at the Kennedy Center’s Page-to-Stage Festival in 2016.

This development history is fitting for a play that can only take place in Washington, DC. “Narratively, Use All Available Doors occurs along the Red Line, stop by stop, from Shady Grove to Glenmont, and just like the Metro itself, the play should be a microcosm of DC,” says Willis, who also is a Pinky Swear company member. “We’re working to reflect this in a variety of ways, including casting and using true DC Metro stories as inspiration for scenes.”

Beyond the script and cast, the production team is making it a priority to reflect the District’s demographics in the audience as well. This is being accomplished through an innovative community engagement effort led by director and Pinky Swear company member, Toni Rae Salmi.

“It’s really important to me that we feature our community in this show. Rarely do DC audiences really see themselves on stage as something other than a backdrop for what’s happening on Capitol Hill,” Salmi says. “For the cast, it’s my dream that every ward is represented. Any music that is played will be from those who have called DC their home. To create awareness, we are planning to meet with people in their own neighborhoods to talk about the production.”

The show’s venue also is quintessentially DC. Through a generous grant from CulturalDC’s Space4: Arts program, Use All Available Doors will be presented on real train tracks in Dupont Underground, the uber-popular downtown subterranean trolley station-turned-arts-and-culture-space. The show will open on April 13, 2018, and run through May 6.

“Love it or loathe it, the Metro is one of the few things that brings all of DC together,” Willis says. “We’re hoping Use All Available Doors similarly reflects and unifies the array of people who call the District home.” 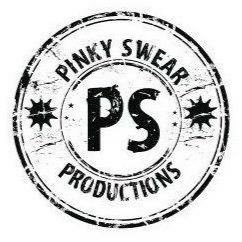 Use All Available Doors will play from April 13 through May 6, 2018 at Dupont Underground – 19 Dupont Circle Northwest, in Washington, DC. Find out more about Pinky Swear Productions online.