Convergence Theatre, as a part of the Women’s Voices Theater Festival, has produced a new play by Olivia Haller called This Is All Just Temporary. The original work focuses on college graduate Lauren, who has a younger brother, Noah, with severe autism. Lauren is making plans for her future and longing to start her own life but struggles with her sense of family obligation, personal identity, and the desire to chase her dreams.

The cohesive collaboration of the creative team is quite evident. The production consists of movement, projections, and acting that blend together to convey the story. Director (and Sound Designer) Elena Velasco guides her actors through the timeline of the play, which includes frequent moments of memory and suspensions of reality when music and movement take over to reflect unspoken thoughts, feelings, and connections. In these deviations from the real-time of the story, shadowing and projections are used on a screen which otherwise appears as a painting on the wall. There is a very natural feeling to each of these transitions that are made evident through Velasco’s sound design and Philip da Costa’s lighting and projection.

Set design, by Alex Miletich IV (who served as Assistant Director as well) also contributed to the fluid feel of the play. There was an upstage wall with the picture frame (that doubled as a screen) which remained fixed, but a door in its frame and two sets of stairs were moved around the stage to represent different places and times. The door would rotate, changing the scene from in the room to outside the door, which was creative and very effective, as a lot of the action takes place around the door to Noah’s bedroom.

The show begins with Amy (Raven Lorraine Wilkes) – a therapist for patients with special needs – instructing Noah’s family on how to defend themselves from his increasing bouts of rage. The growing frequency of the episodes has taken a toll on his parents, Lou (Tanya Ferguson) and Cal (David Walsh), who disagree on how to properly care for Noah (a character, I should point out, who is only ever alluded to and never actually appears on stage).

Despite being attacked and bitten by Noah, Lou insists that her son should stay home with them. Cal thinks it wiser to enroll Noah in a facility where he can be cared for by trained professionals. This disagreement is the main source of conflict in the play and the couple butt heads constantly. The parents are in anguish, overwhelmed and fatigued, just trying to do what is best for their family. Ferguson and Walsh do an excellent job portraying loving parents at odds and in pain. They display the frustration of their situation, without ever calling the stability of their relationship into question. That, considering they are always arguing, is no small feat, and presents a very realistic dynamic.

Sherry (Annette Mooney Wasno) is the family’s nanny and assists with caring for Noah. Unfortunately, she has no training in special needs but is invaluable to Lou and Cal. Wasno gives Sherry incredible compassion and resilience, making her exhaustion obvious while maintaining her devotion to the family. She is the kind of friend everyone wishes they had in their life.

At the center of this tension is Lauren (Fabiolla da Silva), who recently graduated and has come home to find a job while she figures out her future. Da Silva plays the complexity of Lauren flawlessly. Her desire to move out on her own clashes with her guilt that she should stay with her parents and help with Noah. As the story progresses, Lauren rediscovers her connection to her brother, who speaks words but has never been able to hold a conversation. They are both trapped or, as Lauren says in the play, “stuck.” Lauren understands that Noah feels stuck, unable to communicate or help himself, and Lauren is stuck in the constant back and forth between obligation and aspiration. It is this realization of how alike the siblings are that ultimately allows Lauren to see clearly to a path ahead and decide what she wants to do.

Lauren and Lou are also at odds, as mother and daughter often are. But like Lou and Cal, Lauren clearly loves her mother. There are no manufactured subplots of fractured relationships due to an overarching understanding that the family is in an impossible situation. Da Silva and Ferguson display the ups and downs that times of crisis can create, while always maintaining the core stability of their relationship.

Another integral part to Lauren’s journey of self-discovery is her relationship with Gabriel (Axandre Oge). Lauren quickly gets a job scooping gelato and meets Gabriel when he enters the shop to buy a treat for his sisters. The two have an instant connection. Gabriel is the oldest of six and, upon his father’s death, stepped-up to help with caring for his siblings, one of whom is autistic. While having a brother with autism contributes to their relationship through understanding and relatability, Lauren is also presented with an added layer of guilt in seeing Gabriel as the sibling she should be.

On paper, Gabriel is a character that could be easily seen as too good to be believable, but Oge plays him with an intellectual clearness that makes sense of every decision he’s made. Together, da Silva and Oge have incredible chemistry. Lauren noticeably softens in Gabriel’s presence and his support and adoration for her is sweet and genuine. In the moments of movement during the play, the two exhibit a soft and beautiful synchronization.

The show had only inconsequential flaws. There were technicalities, like a scene change feeling too long and sight-line issues. All common, easy fixes that will get ironed out through the course of the run. But, overall, the piece was powerful and gripping. The story and the characters ring true, which is a credit to Haller’s writing and the actors’ performances, but also to the hard work of the Dramaturg (Margot H. G. Manburg) who essentially constructs the creative bridge between the two.

This is All Just Temporary breaks your heart and then puts you back together even stronger than before. The play has the perfect balance of drama, comedy, realism, and artistry.

Convergence Theatre has put on a production that shows real pain and struggle, giving insight to the lives of people and families with special needs. And, on a broader scale, the story reflects true human connections and the potential strength and drive that love and understanding can provide. 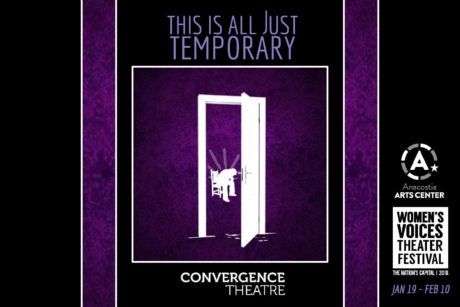 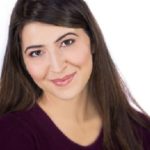