If you’re in New York City for Valentine’s Day and planning to celebrate your love of the stage, Editor-in-Chief and Publisher Nicole Hertvik and Senior Reviewer Deb Miller have some suggestions for a memorable time in February, before the onslaught of new Broadway openings in the Spring. From theater to cabaret to opera and related museum exhibitions, there’s something for everyone to fall in love with this month! 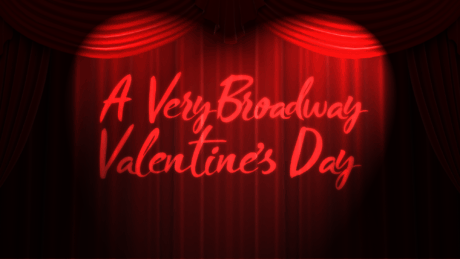 1. Go for broke, if you really want to impress your date, with surprise tickets to Hamilton. Lin-Manuel Miranda’s rapped and sung-through take on America’s embattled Founding Father not only lives up to all the hype, but exceeds it, so if you can do it, it’s worth every penny and more. And here’s a fun fact from the score: “Martha Washington named her feral tomcat after him.” (“That’s true.”)

2. Go for Baroque with Farinelli and the King, because the theater-lover you’re with will love seeing Mark Rylance in the role of the 18th-century Spanish Hapsburg monarch Philip V, and will love you even more for making it happen. You’ll also get the bonus of countertenor Iestyn Davies performing arias sung by the titular Italian castrato in the 1730s, to soothe the king’s troubled mind, in this dramatic history play with music.

3. If you’re a lover of Baroque art, as well, you can visit The Morgan Library & Museum before the show for Power and Grace: Drawings by Rubens, Van Dyck, and Jordaens, an exhibition of works by the 17th-century Flemish masters (Rubens was patronized by an earlier generation of the Spanish Hapsburg court, served on diplomatic missions, and was knighted by Philip IV).

4. And if opera is your passion, you can also take in a performance of Gaetano Donizetti’s L’Elisir d’Amore at The Metropolitan Opera this month, with dates from February 3-17. Its theme of true love spurred on by a questionable love potion is just the right cheerful concoction for Valentine’s Day.

5. Go old school with The Phantom of the Opera, Broadway’s longest-running show, now celebrating its 30th straight year on the Great White Way. Andrew Lloyd Weber’s heartrending musical version of the 1910 novel by French writer Gaston Leroux captures all of the horror, romance, and tragedy of the original in an epic production that still holds up after three decades.

6. Go even older school with Hello, Dolly!. Making her long-awaited return to Broadway, Bernadette Peters just assumed the title role in this enchanting revival of Jerry Herman’s 1964 hit musical, based on Thornton Wilder’s play The Matchmaker – a high-spirited farce on love and money in late-19th-century New York. By our count, that gives you multiple legends of the stage for a single ticket price.

7. If your interest in iconic theater includes the historic role of women, join Broadway Performer, Choreographer, and Director Baayork Lee for an interview with Playbill’s Robert Viagas at the New York Public Library for the Performing Arts on February 12. The discussion with the co-authors of On the Line: the Creation of A Chorus Line is presented as part of the ongoing series in the League of Professional Theatre Women: Oral History Project, which chronicles and documents the contributions of significant women in theater.

8. If you can begin your celebration of Valentine’s Day even earlier, by February 11, then check out the chemistry between Jason Mraz and Sara Bareilles, starring together in Waitress. Bareilles, a five-time Grammy nominee who wrote the show’s music and lyrics, appears as the eponymous character in the uplifting musical rom-com through March 11, so if you can’t see them both before Mraz’s departure, be sure to catch her during the month ahead.

9. Harnessing the power of myth and storytelling, Once on This Island recounts the legend of a peasant girl’s eternal triumph over socio-cultural inequities and doomed love through the intervention of the gods. The musical reimagining of Hans Christian Andersen’s popular fairytale The Little Mermaid, set to an Afro-Antillean beat, immerses audiences in the tropical storm-tossed setting and features the exquisite Lea Salonga as the goddess of love, in a primal showdown between the forces of love and death that provides an unforgettable experience for Valentine’s Day.

10. For a tale of love that almost was, The Band’s Visit is a subtle and enchanting new musical that is sure to rack up multiple Tony Award nominations this year. The heartwarming story of an Egyptian police band taken in by residents of a small Israeli desert town focuses on the humanity, not the politics, of the region, and the gentle affecting beauty of becoming connected through the commonalities of life that even strangers share.

11. Composer and Lyricist for The Band’s Visit David Yazbek (whom we predict will win this year’s Tony for his soulful score) returns to 54 Below for a one-night cabaret on February 12, performing songs from his popular albums and shows. Yazbek is joined by Special Guest George Abud, the multi-talented actor/singer/musician who appears in The Band’s Visit as Camal, and backed by a thrilling live band with a full horn section.

12. 54 Below also offers an evening of musical love and romance on February 14, with A Very Broadway Valentine’s Day. Featuring a line-up of favorite on- and off-stage couples, Musical Director Benjamin Rauhala leads a concert filled with many of Broadway’s most romantic songs, interspersed with true stories from each pair. During the show, you can enjoy drinks and a full prix-fixe dinner, for the perfect Valentine’s date-night.

13. If your idea of romance, and your love of great theater, involves sharing a sidesplitting night of comedy with your sweetheart, don’t miss The Play That Goes Wrong. The over-the-top self-referencing theatrical farce is the definition of “non-stop laughs” – a term we often use, but one that truly happens here! The performances are outrageously funny, and the award-winning scenic design by Nigel Hook alone is worth seeing.

14. Venture off Broadway and head downtown to SoHo Playhouse for more uproarious comedy in Bright Colors and Bold Patterns. Drew Droege’s hilarious solo show, now starring Jeff Hiller, examines the potential impact of gay marriage on the exuberant rainbow of gay culture, questioning what might be lost in winning the fight for equality.

15. At noon on February 14, tickets for the New-York Historical Society’s upcoming show on Harry Potter: A History of Magic go on sale (first to members, then to the general public in April). Organized and curated by the British Library, the traveling exhibition, on display in New York from October 5, 2018 to January 27, 2019, commemorates the 20th anniversary of the US publication of J.K. Rowling’s Harry Potter and the Sorcerer’s Stone, and will provide an educational counterpart to Harry Potter and The Cursed Child, Parts 1 and 2, beginning its highly-anticipated Broadway previews on March 16, and opening on April 22. So get a jump on your reservations, and give your Valentine something to look forward to in the upcoming months.