For the sixth consecutive year, Alvin Ailey renewed its February tradition of hosting a gala evening of dance to raise funds for gifted young dancers in the DMV. The Alvin Ailey American Dance Theater kicked off its week-long, sold-out run with old and new works that continue the pioneering vision of its iconic founder, choreographer, dance and cultural leader, Alvin Ailey, using, “…the beauty and humanity of the African-American heritage and other cultures to unite people of all races, ages, and backgrounds.”

If dance can be considered a form of prayer that has the capacity to touch, to heal, and to raise the human spirit, then the stunning opening night performance of the esteemed Alvin Ailey American Dance Theater at the Kennedy Center was a spiritually riveting meditation through movement. It began with a haunting plea for change that evolved to a hopeful shout of joyful praise. And its message was right on time.

The company performed a program of three works on opening night, “Members Don’t Get Weary” (choreographed by Jamar Roberts, a member of the company), “The Golden Section” (excerpted from Twyla Tharp’s “The Catherine Wheel”), and “Revelations” that honored Ailey’s mission to present eclectic, theatrical dance performances preserving traditions of the past while commissioning the fresh perspectives of innovatively new choreographers.

“Members Don’t Get Weary,” a 2017 premiere, fully embodied Ralph Ellison’s words (taken from the program), searing into visual memory that:

“The blues is an impulse to keep the painful details and the episodes of a brutal experience alive in one’s aching consciousness, to finger its jagged grain, and to transcend it, not by the consolation of philosophy but by squeezing from it a near-tragic, near-comic lyricism. As a form, the blues is an autobiographical chronicle of a personal catastrophe expressed lyrically.”

In precise, deliberate, repetitive movements of outstretched hands as if desperately reaching out to break the bonds of constriction, “Members Don’t Get Weary” was a steady stream of tight, compact synchronization that spoke to breaking loose in the quest to be free. Languid movements suddenly become frantically fast and seemingly crazed, then moodily slowed again as if the conflict and the torment of change dictate a search for tempo. The timeliness of “Members Don’t Get Weary” was welcomed inspiration and the choreography was both exhortation and declaration for better times.

Jamar Roberts, who also designed the costumes, fashioned wide-brimmed sun hats and loose-fitting, homespun, indigo-colored cottons similar to what field hands might have worn as they struggled against the odds but kept on pushing anyway.

The search for tempo transformed itself with the wild allegretto of Twyla Tharp’s “The Golden Section,” so-called because of the golden, athletic costuming in this full-length work excerpted from “The Catherine Wheel” choreographed by Tharp in 1981. The piece became part of the Ailey repertoire in 2006.

“The Golden Section” is a perky romp fueled by the stickily staccato vocals of new wave rock composer David Byrne. The contemporary music that Twyla Tharp is known for set the tone for the choreography which complements the sheer physical power and athleticism of the dancers.

The ensemble effortlessly soared across the Opera House stage with acrobatic leaps, coquettish shimmy-shake shoulders, flirtatious duets, bobble headed, flat-footed backward sprints, swiveling hips, and bustin’ loose movements in sportin’ life joie de vivre as if to say, so what if life sucks right now? We can soar above it with the simple thrust of our hips and a defiant jump for joy! Fast-paced from the start to its extra-terrestrial finish, Twyla Tharp created an exciting whimsical frolic that was meant to be fun, and the dazzling Ailey dancers infused her choreography with enough non-stop energy to propel another super rocket.

“Revelations” or the Gospel according to Alvin Ailey, is his signature masterpiece of modern dance that will never age. The audience started cheering with just the beginning strains of music from “I Been ‘Buked,” introducing this iconic production.

Ailey’s legendary “Revelations,” which premiered in 1960, closes every program during this run, and it continues to thrill audiences as perhaps the best-known and most-watched modern dance performance in the history of dance.

I have seen “Revelations” several times over the decades, and the Alvin Ailey American Dance Theater never fails to present the same caliber of beautiful, extraordinary, dancers who love to dance and who obviously love this beloved dance production. This company is as strong as ever and a marvel to watch.

The dancers’ fluid power, precision balancing, long, lean extensions and joyous expressiveness give holy significance to the Black Church of the African American experience in “Revelations.” The universality of redemption and salvation make the themes of “Revelations” a tribute to ethnic pride and strength of conviction that can be felt and identified by any and all cultures.

Choreography that revives while enchanting the senses and the spirit is what gives “Revelations” its staying power. From a pilgrimage in sorrow; to the emotional waters of spiritual baptism through movement; and the soul rocked in the bosom of Abraham, “Revelations” is a Hallelujah dance experience that uplifts, inspires, and just plain feels good. I was so glad to see that “Revelations” is the final dance work at every performance during this Kennedy Center run. Audiences shouldn’t miss it.

When Alvin Ailey formed his company with just seven dancers in 1958 in New York City, little did he probably realize that the Alvin Ailey American Dance Theater would far outlive him and go on to reach audiences in the millions around the world.

And the magnificent Alvin Ailey American Dance Theater did it again on opening night, with an evening of superb dancing and compelling choreography. 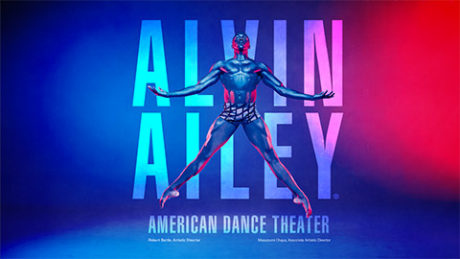