In the world of #MeToo and the #TimesUp movement, how important is the playwright of color’s voice to theater and entertainment world? The Women’s Voices Theater Festival? Do you try more to be original or deliver to audiences/producers what they want?

I think inclusivity in the theater and entertainment worlds has always been important. But these new movements make me feel less alone in thinking that way. There’s an awareness now that’s galvanizing and inspiring. For theater — or any art form — to thrive, I think it needs to reflect and engage with the society and culture it springs from. And making theater more inclusive, more diverse, definitely does just that. It has wakened me up in a really wonderful way. I, like so many people, can sink into feeling powerless. But these movements show that you can change the world, that it’s changing right now.

What is your writing Kryptonite? Does it differ between theater and television?

My writing kryptonite is everywhere. There are so many reasons not to write: it’s arduous, it’s possibly futile, it’s ephemeral — and the list goes on. What keeps me going is the unshakable belief that telling stories is deeply meaningful and may even be the most meaningful thing that we humans do.

If you could tell your younger writing self anything, what would it be?

Be kind to yourself.

Food and death are both universal concepts, yet how we feel about these concepts vary by culture. What do you want the Washington, DC, theater audience to walk away with from AUBERGINE?

I want them to walk away hungry — hungry to see a loved one, hungry to have some dish they loved as a kid, hungry to talk about a memory. Just hungry.

What, if anything, did you edit out of this play? Why?

There was one more monologue I took out, where another person talked about their favorite meal. It didn’t have the same weight as the other stories in the play. And when I started realizing all the stories were connected, this one just felt like an outlier so out it went.

Class is sort of artificially invisible in this country, and often conflated with race. How does class differ in Korea or on Korean immigrants to America? Without giving away too much of the plot, what is the significance of class on the characters’ attitudes, beliefs, and behavior in the play?

Most of the characters in the play are middle class and I think with the immigrant characters there’s a pride associated with it — that they’ve “made it” in America. There is one wealthy, affluent character who is set apart from the others. I think it probably reflects my own sense of how sometimes money is the biggest divider — more than race or background. The other characters are all more easily connected. Though by the end, even the wealthy character comes into the orbit of the others and I hope the takeaway is that things like memory and food connect us no matter who we are. 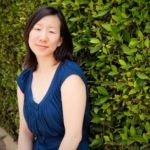 Julia Cho’s plays include The Language Archive, The Piano Teacher, Durango, The Winchester House, BFE, The Architecture of Loss and 99 Histories. She has been a resident playwright at New Dramatists since 2004. Her work has been produced at the Vineyard Theatre, The Public, South Coast Repertory, Long Wharf Theatre, Playwrights Horizons, New York Theatre Workshop, East West Players, Theatre @ Boston Court, and Silk Road Theatre Project, among others. Honors include the Susan Smith Blackburn Prize, Barrie Stavis Award, the Claire Tow Award for Emerging Artists, and the L. Arnold Weissberger Award. Durango was also named one of the Top 10 Plays of 2006 by Entertainment Weekly and one of the Best of 2007 by the The L.A. Times. She is an alumna of the Juilliard School and NYU’s Graduate Dramatic Writing Program.