The seven teenage girls in The Strand Theater Company’s production — and regional premiere — of Count Down are the standout stars of the show. From the performances of the actors playing the girls and the script’s heartbreaking monologues to the energetic, deliberate choreography, the production takes great care to show who these young women are. Count Down could not be more appropriate as a work in the D.C.-centric Women’s Voices Festival. These young women’s voices and experiences are moving and worthy of being heard.

The play is set during a 40-class-long devised theater workshop at an all-girls residential facility and is inspired by playwright Dominique Cieri’s real-life experiences over 15 years as a teaching artist with at-risk youths. The girls share their personal lives through creativity games and free-writing activities and then perform a theatrical work at the end of the course.

A mask-making exercise is symbolic throughout. You see the masks of bravado and aggression these young women wear as armor to their traumatic personal lives. Several are sexually abused by male family members. Others have parents dying from or deceased from AIDS. Others are beaten at home, addicted to drugs, and/or teenage moms not yet old enough to get a driver’s license. The audience learns the girls’ backstories through monologues and vignettes where other actors double as different characters in their personal lives. Effective staging and inspired lighting design pull out these moments as treasures washed in blue and green light by lighting designer Lana Riggins throughout the production.

An especially inspired scene features a kiddie pool used as a dance club, a courtroom, a confessional – the girls, one after another, unmask their traumatic histories to swirling, stomping, slow-motion choreography. Director Bari Hochwald masterfully stages the action throughout the nearly three-hour-long play, to which the seven actors playing the young women bring bubbling energy and heartbreaking vulnerability throughout.

This is an especially strong ensemble, with each actor having their moment to shine. It feels like the actors playing these teens truly love their characters, each portraying them with respect and compassion. Natalie Dent is Esi, who gleefully runs for class president and wants to be a politician like the newly elected President Obama (the play is set in 2008). Outside of the classroom, Esi is dealing with her mother dying from AIDS. Dent gives a nuanced performance that captures a range of emotions from enthusiasm and idealism to pain and fear.

Zipporah Brown has a similar performance arch as Neema – going from aggressive to silly to stripped-bare vulnerable. She has a standout scene at the end of the show in the kiddie pool. Rose Hahn skillfully presents her character Miriam’s struggles with Tourette syndrome. Kylie Miller is compelling as the flirtatious, deeply troubled Amber. Malissa Cruz Romero is charming as the Derek Jeter-loving Blanca, and IO Browne and Nell Quinn-Gibney round out the excellent teen girl ensemble.

While hearing these girls’ personal stories expertly told through stellar performances and energetic, effective direction is why Count Down is worth seeing, there are aspects of the show that miss the mark. Cieri’s script is gorgeous when telling the teens’ stories, but less engaging when setting the scene in everyday classroom antics or focusing on teaching artist Carmela, whose character is less developed. There is also a storyline involving a male administrator that, while may be based on real-life experiences, doesn’t add anything to the play.

At nearly three hours, the play could use editing. The costume choices of mostly sweatshirts for the girls and t-shirts for Carmela, including a distractingly stained pea green one, could have been more thoughtful. The set comes off more like a castle/Tuscan villa than a girls’ reformatory school, which isn’t helped by the shiny wooden dinner table chairs standing in for classroom chairs.

Still, these missteps do not take away from the value of Count Down. With excellent ensemble performances, inspired direction and lighting design, and seven girls you will want to hug, cheer for and simply give the gift of acknowledgment and acceptance, Count Down is an important part of the Women’s Voices Theater Festival. 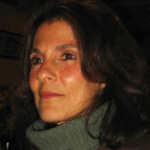 Dominique Cieri is the recipient of two Mid Atlantic Arts Foundation Playwriting Fellowships. Her plays have been produced in New Jersey, New York, Chicago, and Los Angeles. She is a master teaching artist dedicated to her work with incarcerated young men, girls in group homes, learning-disabled students, and a Holocaust program, adapting over 20 Holocaust stories for the stage. Her Arts and Education essays have been published in the New York Times, and Teaching Artist Journal.