D.C. theater collective The Klunch’s mischievous production of Adult Entertainment tells the story of a group of four pornographic actors and one producer who hope to make a good movie, and bring in an outside writer/director for that purpose. That outsider, an earnest and pretentious Yale graduate named Gerry (well played by Erik Harrison), takes the play into his own pompous direction, and the rest of the cast clumsily follows. It’s a story that’s often been told; the humor of the play within a play, particularly when the actors are somehow incompetent, from A Midsummer Night’s Dream to Bullets Over Broadway. But this production has a freshness to it, entirely due to the excellent cast and crew.

The play is performed at Caos on F, and the space is cozy without being cramped. Given the tight quarters, Set and Lighting Designer David C. Ghatan’s décor is sparse – a small stage with a wobbly stripper pole (which the audience is invited to dance on before the show) on one side, shiny silver curtains lining the back brick wall, and a mixture of lingerie and boas draping a wardrobe divider. The music prior to the show is a soundtrack for strip clubs: sex rap, lustful rock, pumping EDM. Most of the cast is dressed in teasing, revealing outfits, and it’s a credit to Mei Chen’s costume design that the outfits are revealing without being distracting or exploitative.

From start to end, the show doesn’t lack for energy, and the enthusiasm of the cast keeps the audience engaged, as does the actors’ impeccable timing when it comes to delivering the frequent punchlines in Elaine May’s script. Truly, the acting is terrific; in fact, one feels that, without disparaging the excellent space Caos on F offers, this cast and crew would have easily been at home in some of the region’s biggest venues.

That energy plays into the often-discussed insularity and intimacy within the pornographic community. The ease of the characters’ interactions and conversations, only one night into the show’s run, showcases the skill of the actors, as well as Joe Banno’s stellar direction. Two wonderful performances, in particular, come from Zoe Walpole and Tony Greenberg, respectively playing Vixen and Guy. Walpole’s Vixen emanates a sad, dark insouciance, and her striking presence unfailingly draws the eye. Greenburg’s Guy is written as the most complex of the characters, and the actor ably delivers frustration, disturbing excitement, or comic ineptitude whenever the script calls for it.

But that script is Adult Entertainment’s biggest problem. For one thing, the conceit of the play is insufferable. Literature as a way of enlightening the ignorant, unblessed masses comes off as irritatingly heavy-handed. The clichés belying pornographic actors and pompous posers are highlighted, but rarely taken deeper.

The cast and crew can’t be faulted for that flaw, or for the second — Adult Entertainment calls for laughter at the pornographic actors, specifically their stupidity, and the humor comes off as ill-conceived, unnecessarily cruel, and dated. And it’s also odd, a year after the rise of the #MeToo movement, particularly given its Hollywood origins, to watch a show mercilessly mock the characters of the women involved without offering anything to deepen them. It’s as if the title character, Heidi the Ho, was nothing beyond her name.

Worse still, we’ve been educated beyond this show’s limited understanding of pornography. It only takes a cursory investigation to learn about that industry’s misogyny, abuse, and horrid mistreatment of the men and women involved – none of which May’s script addresses. Pedophilia is lightly, dismissively mentioned, and drug addiction played for a laugh. It’s one thing to ignore those pressing issues; it’s another to mock them.

“I like that we get to be sad,” Jimbo says at one point in the show and, if that were true, the script would have been markedly better. You can’t fault this production for that; the cast and crew did a wonderful job giving life to Elaine May’s flawed script. But that script seems written for a different, less aware time. 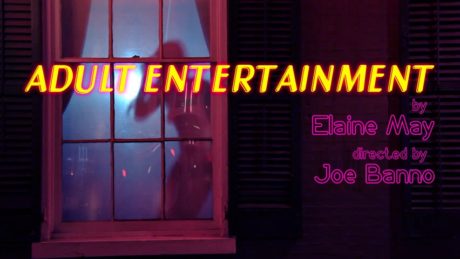