Riverside Center for the Performing Arts presents The Hunchback of Notre Dame, with music by Alan Menken, lyrics by Stephen Schwartz, and book by Peter Parnell. Based on the Victor Hugo novel and songs from the Disney film, Riverside is the first theatre in the metropolitan area to premiere its regional debut! Director Patrick A’Hearn leads this grand production–the largest at Riverside to date.

While Riverside Center is widely known for their ambitious productions, including past successes such as Phantom and Les Miserables, The Hunchback of Notre Dame pulls out all the stops to celebrate their twentieth season. Scenic Designer Sean McClelland creates detailed, multi-leveled set pieces to fashion the Cathedral of Notre-Dame de Paris circa 1482, and Lighting Designer Michael Jarett uses clever shadow work and commanding hues to give the stage an intimidating, almost ethereal tone. Music Director Garrett Jones brings the music front and center through a live orchestra, and when paired with masterful vocals from the cast and choir (special guests from The Stafford Regional Choral Society, led by Jason Michael), the result is an epic production–a real must-see for musical theatre lovers!

The play begins with two brothers at odds; Claude Frollo (Thomas Adrian Simpson) strictly abides by the church’s teachings while Jehan Frollo (Kevin Korczynski) lives more frivolously. The two become estranged; one rising in the church’s ranks to become Archdeacon while the other marries into a gypsy family. Years later, Dom Claude Frollo inherits his nephew after his brother’s death, and is horrified by the infant’s appearance, believing that the child’s disfigurement serves as a punishment for his father’s lifestyle. Frollo resigns himself to the idea that “this child is my cross to bear,” and names him “Quasimodo,” loosely translated to “half-formed, “or “almost human.”

When the stage light rises on Quasimodo as an adult, we see that he has been woefully mistreated. Kept hidden from sight in the bell tower, his only acquaintances are his “Master” Frollo and marble figures of gargoyles and saints, with whom he carries on lonely conversations. Frollo tells Quasimodo that he is “deformed and ugly,” and that the public would “revile him as a monster.” Moving with a cumbersome gait and speaking with a hoarse, cracked voice, Quasimodo is a pitiable figure. He longs for a break from his captivity in the song “Out There,” and his statue friends encourage him to sneak out into the public for the first time. The “Feast of the Fools” celebration is underway in the streets of Paris– the one day a year where people are permitted to behave merrily and be lighthearted. Quasimodo watches the townspeople’s revelry in the lively number “Topsy Turvy,” and is drawn to a beautiful gypsy named Esmeralda while she sings the hypnotic “Rhythm of the Tambourine.” Esmeralda has a captivating presence, which is highlighted by her bright outfits (designed by Jimm Halliday, who notably dresses everyone else in muted colors). However, Quasimodo’s fascination is short-lived–when he is discovered, the people begin to torment him.

Esmeralda bravely rescues Quasimodo from the angry mob, and the two develop a friendship with the song, “Top of the World.” However, Quasimodo is not the only one who is awed by Esmeralda. The cruel Archdeacon himself develops a lustful–and dangerous–obsession. When Esmeralda spurns Frollo’s advances in the number “The Assault,” he claims that she bewitched him and orders her arrest–beginning a literal witch hunt. Quasimodo is placed in a precarious position–defy his master to help his new friend? Overarching themes of acceptance, bravery, and kindness studied here prove as essential today as they were hundreds of years ago.

This production is filled with powerhouse performances and stellar vocal ranges. Thomas Adrian Simpson does an expert job with the villainous role of Claude Frollo, and Justin Luciano is his perfect foil as the tender Quasimodo. John Flemming is great as Phoebus De Martin, Esmerelda’s love interest, who shares some playful, jealous banter with Quasimodo–a rare moment of humor in an otherwise heavy plotline. Much-needed comedic relief comes in the form of Clopin Trouillefou, an outlandish gypsy played by Colton Montgomery. The men in this play revolve around the mesmerizing Esmeralda, played by Candice Shedd-Thompson, whose vocals alone are worth the ticket price. Stephanie Wood choreographs several large-ensemble numbers, my favorite being “The Court of Miracles.” These theatrical elements all work together to create an unforgettable evening of entertainment.

Riverside Center’s The Hunchback of Notre Dame has it all, from an impeccable technical foundation to masterful performances. Poignant and heady, this is a show that will stay with you long after you’ve experienced it. 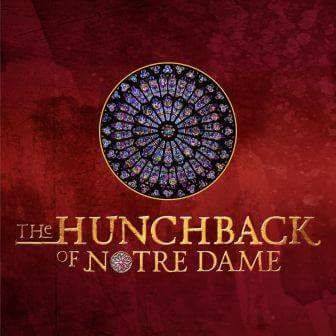 The Hunchback of Notre Dame plays through May 6, 2018 at Riverside Center for the Performing Arts– 95 Riverside Parkway, Fredericksburg, VA. To purchase tickets, call (540) 370-4300 or order them online.