London’s blockbuster National Theatre production of Angels in America – Tony Kushner’s sweeping two-part eight-hour epic about AIDS, politics, and gay life in America in the 1980s – has alighted on Broadway for a limited eighteen-week run at the Neil Simon Theatre, 25 years after the plays’ spectacular Broadway debut in 1993. Set at the height of the Reagan years and the panic of the growing AIDS epidemic, the groundbreaking award-winning works – Part One: Millennium Approaches and Part Two: Perestroika – present a sweeping vision that combines observant wit, hilarious camp, and sardonic gallows humor with profound stories of human struggle, incisive references to historical figures and events, traditional religious iconography, and dramatic hallucinatory visions, through the imaginative and illuminating perspective of “A Gay Fantasia on National Themes.”

The current New York production offers theatergoers the option to take in the two parts of the play in repertory, or to see them together in a single day-and-night marathon. If your schedule and stamina permit, the latter provides audiences an affecting opportunity to be thrust back into the era and thoroughly engulfed in that harrowing “time of crisis and confusion” on the cusp of the new millennium. Directed by Marianne Elliott and featuring members of her acclaimed London cast, the richly-layered presentation keeps moving and the time flies by, with seamless fast-paced transitions through gripping scenes of the individual and intimate, the broader socio-political, and the cosmic and otherworldly, before leaving us with an uplifting message of self-worth, acceptance, and hope for the future. It’s a message that we needed then, and need again now.

Tracing the trajectory of three interweaving storylines, Part One: Millennium Approaches introduces us to an interconnected group of lives and relationships (those of couples Prior Walter and Louis Ironson, Joe and Harper Pitt, and the high-powered politico attorney Roy Cohn), which are impacted by AIDS, coming out, and the widespread conservatism of the period. Part Two: Perestroika becomes increasingly surreal and metaphorical, with Kushner’s vision of a heaven abandoned by God, angels striving for stability through stasis, and humankind left to find its way to move forward out of the chaos.

Three-dimensional, empathetic, and heartrending, Andrew Garfield is a revelation in his starring role as Prior Walter. Capturing the central character’s full range of emotions, he is open and honest about who he is, pained in his battle with AIDS, devastated by Louis (his partner of four years) leaving him because of it, sensitive and soft-spoken in his drag persona, and visionary in the supernatural fever dreams that ignite his instinct for survival and community. Learning and growing from his initial feelings of fear, abandonment, and suffering, his fragility turns to life-affirming strength, courage, and progress, without ever sacrificing his irresistible humanity or true sense of self. Garfield gets it all and delivers it to us par excellence.

James McArdle presents a convincing portrayal of the internal conflicts and unlikeable character flaws of Louis, a word-processing clerk at the US Court of Appeals, who is self-serving in his callous decision to leave Prior when he needs him the most, and laughably ambivalent in his rambling, revealing, and opinionated philosophizing and justifications. Tormented by his stereotypical feelings of Jewish angst and guilt, he eventually chooses moral conscience over selfishness and comes to embody the compassionate liberalism he espouses, and now better understands, after a series of enlightening experiences and confrontations.

Nathan Lane explodes on the stage in a powerhouse performance as the closeted and corrupt Roy Cohn (the real-life chief counsel to Senator Joseph McCarthy, active supporter of the Reagan presidential campaign, and – talk about contemporary relevance – longtime lawyer to businessman Donald Trump). He delivers Cohn’s tenacious ambition for power and “access,” over-the-top foul-mouthed yelling, bullying, and belittling of everyone around him, and obstinate denial of both his sexuality (convinced that homosexuals have “zero clout”) and his medical diagnosis (telling everyone, including his doctor, that he has liver cancer, not AIDS). Despite his own physical suffering and imminent death (vividly manifested by Lane), he remains unrepentant, hypocritical, homophobic, and vitriolic, while haunted in his hospital bed by the specter of Ethel Rosenberg, in whose historic execution he played a central role.

New to the New York cast, Lee Pace (who did not appear in the London production) displays the growing cracks in the straight-laced conservative heterosexual façade of Cohn’s protégé Joe Pitt, a repressed Mormon Republican working in the same law office as Louis (with whom he has a brief ill-fated affair) and living in a desperate and dysfunctional marriage with Harper (played by Denise Gough, whose delivery seems more recitative than emotionally connected to the “deep pain,” sadness, and vulnerability of her psychologically-troubled agoraphobic Valium-popping character). Both Pace and Lane reappear in period-style attire (costumes by Nicky Gillibrand) as the ancestral namesakes of Prior Walter, who succumbed to the plagues of their own times and reflect the recurrent cycles of history.

Rounding out the ensemble are three terrific supporting actors who deftly distinguish each of their multiple roles and contribute immeasurably to the humor, insight, and drama of the story. Nathan Stewart-Jarrett turns in scene-stealing appearances as Prior’s best friend Belize, a registered nurse and former drag queen, who is as smart and compassionate as he is snappy (his reaction to Louis’s racially-charged rant is priceless), and doubles in the role of Mr. Lies, an imaginary figure who appears to Harper in her delusional state. Susan Brown switches effortlessly from Louis’s Rabbi to Ethel Rosenberg, from a die-hard Bolshevik to Hannah Pitt, Joe’s concerned Mormon mother who undergoes a change of attitude, befriends Prior, and reminds him (and all of us) not to make preconceived assumptions about others (an astute reference to Christ’s dictum that not only Mormons, but all true Christians, should follow, “Judge not, lest you be judged”). And Amanda Lawrence, among her other distinctive roles, is a commanding preternatural presence as the dark and decaying Angel with whom Prior wrestles, and whose image (in a meaningful switch from the traditional white gown and soft feathers) appears more hellish than heavenly (puppet design of the Angel’s massive gloomy wings by Finn Caldwell and Nick Barnes).

Ian MacNeil’s scenic design visually delineates the evolution of the characters, from the small drab spaces in which they are trapped by their secrets (first employing a tripartite set with revolving sections for each of the three main storylines), to an opening up of the space as their lives begin to intersect and overlap and their truths are revealed, and ultimately to the expansiveness of the full stage, once they have come to terms with their place in the universe and their liberating self-realizations. The characters’ dreams and apparitions are dramatized by sudden flashes of light (lighting design by Paule Constable), startling sounds (by Ian Dickinson for Autograph), and stirring music (by Adrian Sutton), all of which enhance the plays’ operatic and apocalyptic tone.

Angels in America is at once a period piece, a timeless classic, and a renewed call for action and hope, with themes that still resonate in our current climate of a divided nation, back in the control of a conservative Republican administration. There have been some significant advances in the US since the plays’ debut in the 1990s, with the legalization of same-sex marriage, new antiretroviral therapy (ART) for people with HIV, treatment of those at high risk with pre-exposure prophylaxis (PrEP), and a decrease in the rates of HIV infection (down 18%) and AIDS-related deaths (down more than 80% since its peak). But there are still an estimated 1.1 million people in the US living with HIV, and nearly 40,000 a year who become newly infected, with a disproportionate number from minority populations (data provided by Frank Pizzoli of Positive Opportunities, Inc., an HIV organization). We can only hope that in another 25 years all of this will truly seem like a distant memory of a less-enlightened bygone era, that gay pride and equal rights will be the rule, and that AIDS will have moved much further on the road to eradication. Thanks are due to this momentous production, its cast and team, for bringing these critical issues back into the spotlight through theater that not only entertains, but also provokes thought and makes a difference. “The Great Work” continues. 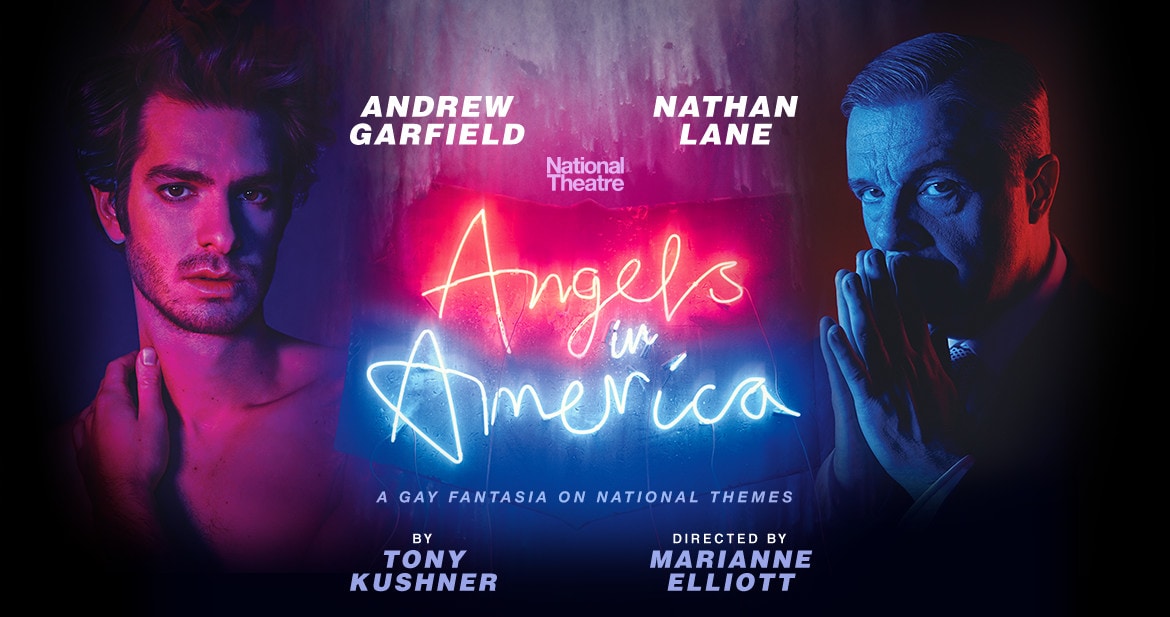