Paper Dolls has such an open heart and such largesse of spirit that you might well leave the theater verklempt with hope.

The play with songs by Philip Himberg, directed by Mark Brokaw, tells an improbable story, one that nobody could make up but that really happened. The play is based on and inspired by a 2006 Israeli documentary film named Paper Dolls about a group of Filipinos who work by day as caregivers to elderly Orthodox Jews and at night perform in drag at dive bars in Tel Aviv, Israel’s LGBTQ mecca. Within this thriving subculture—counterintuitively for a country founded on a faith that ritually segregates men from women—the divinely ordained gender binary gets a wholly human remix.

For Mosaic, Paper Dolls might also seem an improbable programming choice. Five brightly bewigged girly boys prancing around in glam getups sharing the stage with shuffling gray-bearded Chassidim in black—what is this, some kind of cynical sendup? No, Paper Dolls is quite the opposite: a sincere call to heal divisions in an eloquent enactment that ennobles us all. Which puts it perfectly on point to Mosaic’s purpose.

Though Paper Dolls is not about politics per se, Israel’s policies toward Palestinians explicitly frame the narrative. As we learn from an intro projected on the set, the Israeli government, having closed its borders to Palestinian workers during the second Intifada, turned to workers from far off lands to perform labor deemed beneath Israelis. Ironically, in order for the nation to distance certain different bodies, it had to let in differently different bodies from a greater distance.

Among the jobs once done by thus purged Palestinians was taking care of the very old—something that Filipinos, on temporary work visas, turned out to be especially well suited for. As one of the five explains:

CHESKA: We respect old people. Filipinos, we are devoted. We are far from our home but we practice our culture here.

Besides Cheska (Rafael Sebastian), the members of this affinity group who call themselves the Paper Dolls are Zhan (Evan D’Angeles), Sally (Ariel Felix), Jiorgio (Jon Norman Schneider), and Chiqui (Kevin Shen). The play traces their intertwined stories with tender affection. We see them singing and dancing and cheekily assimilating Yiddish into their lyrics. We see them caring attentively for their old men, who appear to have accepted them. And in the drag queens’ full-on musical numbers, there is infectious ebullience and freedom. At the same time, the show keeps in view the tristesse of geriatric difficulties, against which the drag queens’ joie de vivre effects a moving interplay between living out loud and quietly dying.

The main plot turns on an Israeli filmmaker, Etai (John Bambery), who discovers the Paper Dolls and wants to make a documentary about them. In an early exchange he explains why:

ETAI: We always hear the same stories about Israel. But, you are a part of this country we do not see. You dolls are . . . something different.

At that Zhan, sporting a homemade menorah with battery-operated candles on her head, asks casually:

ZHAN: How are we “different”?

The line gets a huge laugh—and introduces us to the play’s insight into what’s different, who decides, and at what cost.

CHESKA: Next week, Etai, come to the Chasid neighborhood where we work. There we dress like boys, and the Jewish we take care of—they wear the costumes.

The Dolls do not readily accept Etai. He is an outsider, not like them. He presumes too much familiarity with them and is chided when he enters their dressing room.

CHIQUI: Do you always come where you are not invited…? You are bored maybe? You know—there are no Arab houses here for you to bulldoze.

ETAI: This is what you think of me? I am not that kind. Really. I am not your enemy, Chiqui. Give me a chance.

ETAI: You guys, you are something else.

CHESKA: Maybe not so different from you. You have a boyfriend, Etai?

CHESKA: So, you do make sex with men?

ETAI: I do not talk about it.

There follows a comic scene in which a couple of Dolls tell of peeping into a mikvah ritual bath and seeing young Chasids giving one another hand jobs.

We learn of ostracization experienced by the Dolls in their families at home for being different. Etai too has a story.

ETAI: You cannot believe how my brothers look down on me. In my family, men are men. Women are women. That is it.

As if to underscore the play’s blurring boundaries between genders presumed different, Act One ends with the Dolls performing a sensational mashup of genres presumed different: “Hava Nagila” and “Lady Marmalade.” And there’s still another act of unlikely reconciliation to come.

In Paper Dolls, the humanity of the drag queens bursts forth from the stage and invites us into its embrace. We are witness to their systemic invisibility, their fear of being otherized by all except each other. Yet their resilience and loyalty, their unstinting regard for their charges, all the moments when they step outside “man” and “woman” and into human—this is what ultimately connects us to them at a dimension that surpasses conscious logic. And this is where Paper Dolls becomes a profound theatrical metaphor for the possibility of cross-cultural peace and understanding.

Paper Dolls is such an astonishment of entertainment, such a portal to the heart, and such a celebration of conciliation that it may well be Mosaic Theater Company’s most Mosaic show yet. Don’t miss it. 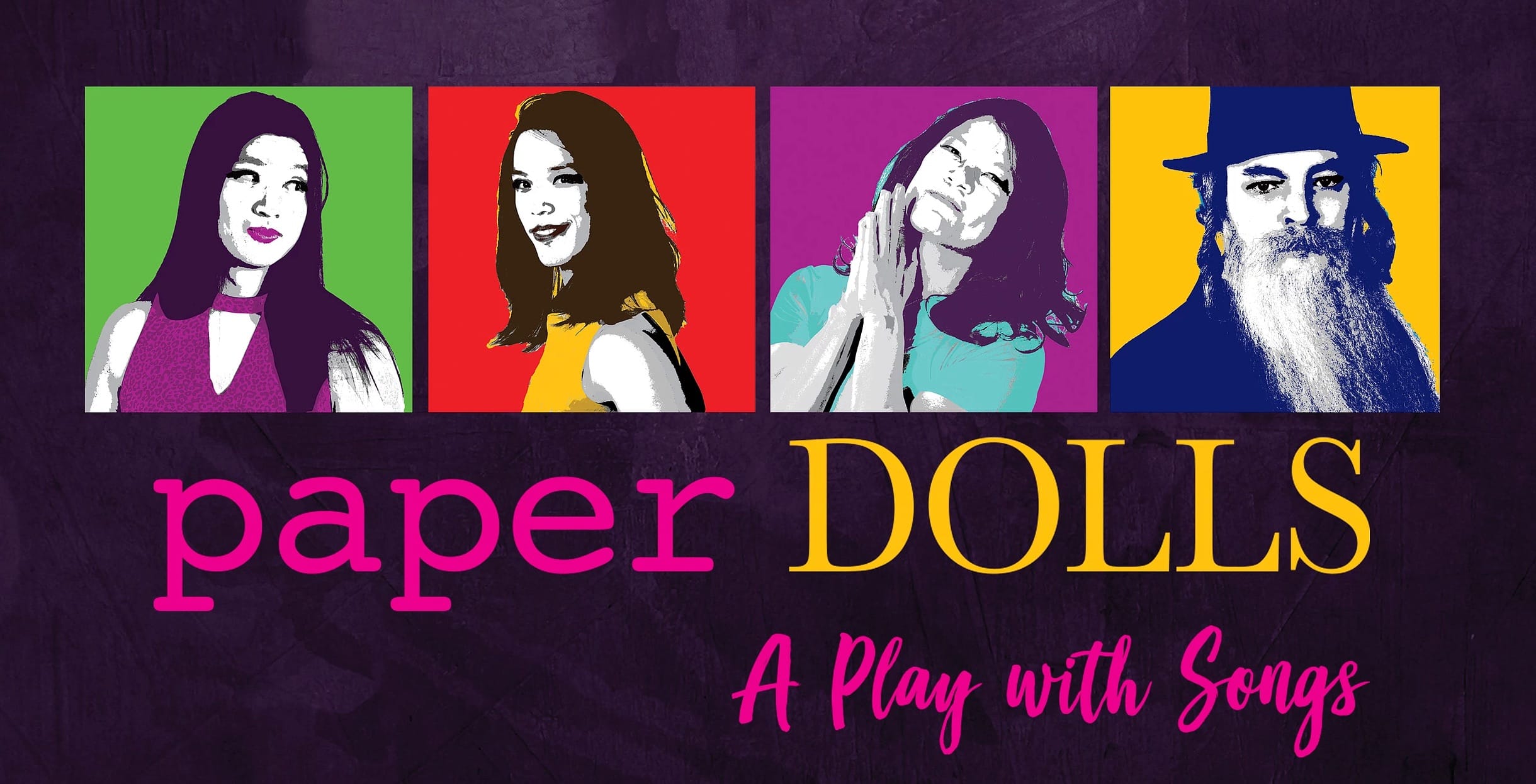