When Mark Medoff‘s award-winning play Children of a Lesser God premiered on Broadway in 1980, followed by the highly-lauded film adaptation in 1986, it provided groundbreaking insights into the need for better communication, understanding, and connection between our deaf and hearing populations. Nearly 40 years later, the first Broadway revival of the romantic drama, now playing at Studio 54, once again spotlights the fundamental need for human empathy, acceptance, and respect, and offers the sage advice that we must “Stop assuming. Stop judging. Start listening.”

Set in the 1970s, the memory play takes place in the mind of James Leeds (evoked by Derek McLane’s abstract and minimalist scenic design and Mike Baldassari’s nebulous blue lighting, punctuated with bright bursts of neon orange). A hearing speech teacher at a residential state school for the deaf, James reflects back on his troubled relationship with Sarah Norman, a 26-year-old maid, former student who has been deaf since birth, and resident at the institution since the age of five. There he is enlisted by Mr. Franklin, the school’s supervisor, to instruct the reluctant Sarah in speaking and lip-reading, despite her preference to communicate through American Sign Language. Though they are at odds about her refusal to speak, they share a physical attraction and soon begin a tumultuous romance that becomes increasingly painful, leaving her caught between the two worlds of the hearing and the deaf.

Under the direction of Kenny Leon, the interactions between the characters are palpably torturous; even the funniest and happiest of their times together (he cracks jokes when they first meet; they tease and flirt with each other; she finds pleasure in cooking after they marry) descend into tense and combative situations, as they suffer from a failure to communicate. Their deteriorating relationship and lack of accord on the fundamental issue (Is he really trying to help her, or is he just determined to control her? And in the casting of this production, is it significant that she is a woman of color and he is a white male?) are further complicated by an Equal Opportunity Employment petition generated by their hard-of-hearing friend and colleague Orin, to demand the hiring of more deaf teachers at their school.

Making her Broadway debut, Lauren Ridloff turns in an impassioned award-worthy performance as the feisty Sarah, manifesting her frustration, anger, and hurt, as well as her determination, independence, and self-worth, through the emotive body language of her movements, gestures, and facial expressions, all of which are as readily legible as her signing. From softly crying to erupting into a heartrending tirade, she lets us know what the conflicted Sarah is thinking, and makes us feel what she is feeling. Her sensitive embodiment of the character is a revelation.

Joshua Jackson’s role as James requires that he not only speak his own lines, but also learn Signed English, and repeat aloud what Sarah has just signed. Supertitles in the theater contain a transcription of his spoken words, but not of her signing, until he reiterates it. Though the format smartly puts the proverbial shoe on the other foot, with hearing members of the audience who are unfamiliar with sign language left waiting for an oral and written translation in order to know what she’s saying, it consequently becomes redundant, slows the pace of the narrative, and adds to the length of the play. As a result, there is a bit of an emotional disconnect and lack of chemistry between the two actors, and timing that often feels a beat behind.

A fine supporting cast portrays a roster of subsidiary characters that heighten the problems faced by the central couple. Kecia Lewis as Mrs. Norman, Sarah’s estranged mother, powerfully delivers the exasperation and despair of a woman at a loss to understand her daughter and how best to help her, at first resistant to James, but finally aided by his effort to reconcile them. Treshelle Edmond, as his teenage student Lydia, evinces her dedication to speaking as a tribute to her teacher, on whom she has a crush, which incites Sarah’s jealousy and her own aggressively flirtatious behavior. John McGinty’s Orin Dennis is smart, adept, and determined in his fight for the rights of the deaf and hard of hearing, as he grows resentful of Sarah’s new-found comfort in the hearing world with James, distancing himself from the teacher and pushing Sarah to join in his legal battle against injustices towards the deaf community. Anthony Edwards as Mr. Franklin and Julee Cerda as Orin’s attorney Edna Klein are appallingly condescending and disparaging to the people they are there to serve – he brazenly so, in his callous and disrespectful comment to James that “we don’t fornicate with the students, we just screw them over,” in his unfounded assumption that Sarah would cheat at their bridge game, and in his willful opposition to Orin’s EOE case; and she unwittingly so, in her well-intentioned but obviously token attempts at sign language, and in the speech she composes on behalf of her deaf clients, instead of recognizing that they are more than capable of articulating their own experiences and position.

We can only hope that such parts of the script are dated, in light of the socio-political advancements that have been made over the past four decades in EOE, activism, and awareness. The use of pejorative words that are even more unacceptable now than they were before (“retarded” and “dumb”) send a shock wave through the audience and conjure the less enlightened times of the last century. In our current climate of the #Me Too movement, the appropriateness of James’s non-consensual kiss and initial unsolicited advances towards Sarah now become disquieting (although Mr. Franklin warns James that a previous teacher with whom she had a relationship was fired, no action is taken on the part of the school to put an end to their not-so-secret affair), as do Lydia’s girlish moves on James. And there are some moments in the character development that are heavy-handed and overtly melodramatic, most notably the backstory of James and his mother, which overplays his gross insensitivity and impatience when dealing with those closest to him.

While Children of a Lesser God has in some ways become a period piece, it’s one that is still important. It offers increased visibility, inclusivity, opportunity, and accessibility in the theater world for both artists and audiences who are deaf or hard of hearing, gives a voice to a community that has not always been heard, and reminds us all that a “voice” is not necessarily oral. Whatever an individual’s manner of communication may be, we need to listen – not just with our ears, or eyes, but especially with our hearts.

Running Time: Approximately two hours and 35 minutes, including an intermission. 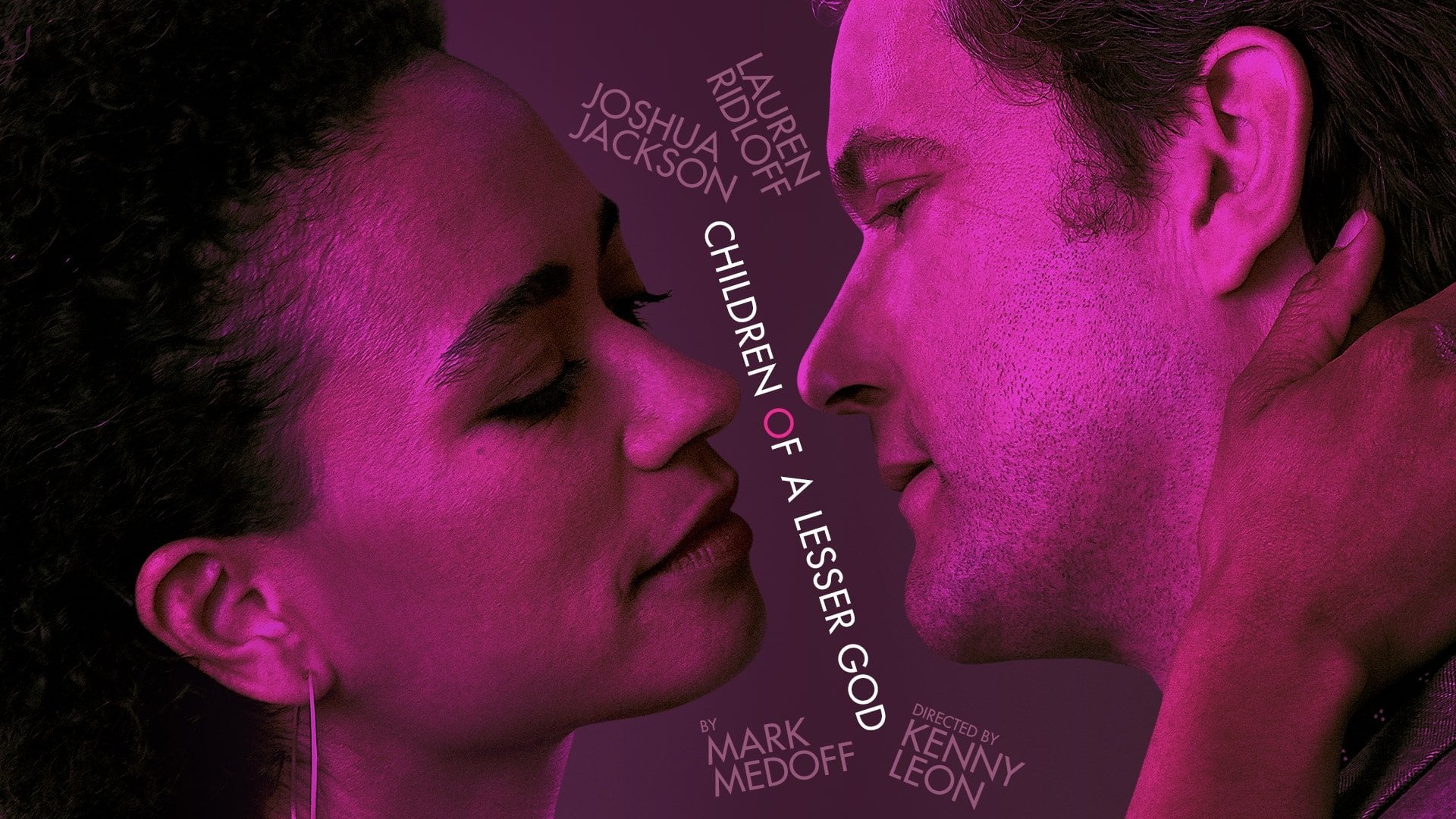