We were promised surprises – guest artists and other treats – at the Kennedy Center’s 2018-2019 Theater Season announcement Tuesday in the Center’s cozy Terrace Theater. And, as expected, Kennedy Center President, Deborah F. Rutter delivered. She opened with a shout out to performers, a short introduction to the program, and a long welcome to the major donors sitting in the audience.

Her greeting followed the video montage of the Tony award-winning musical, Dear Evan Hansen, returning to our area next year after its debut at Arena Stage in 2015. The Latest from Broadway intro featured a live performance of “Waving Through a Window” by Michael Lee Brown from the Broadway production. And, yes, he was wearing that familiar striped blue and white shirt, sans the “You Will Be Found” arm cast.

Michael James Scott popped onto the stage for his vocal selection from Disney’s Aladdin, one of the seven Broadway blockbusters heading our way, though we will have to wait until next summer to catch this talented triple-threat as that magical genie. Aladdin, Anastasia, Miss Saigon, The Play That Goes Wrong, The Band’s Visit, Dear Evan Hansen and Hello Dolly, starring the iconic Betty Buckley – wish she would have appeared at the preview – plus the two optional shows, Falsettos, and those wildly imaginative dancers from down under, Tap Dogs, will be showcased in the Opera House or Eisenhower Theater.

David Kilpatrick from the Kennedy Center’s Education Division announced Performances for Young Audiences, one of the highlights for this writer. Long Way Down, the first of four new Kennedy Center-commissioned plays features DC-based actor Justin Weeks, who performed an excerpt from the gripping tale of 15-year-old Will, struggling with the decision of retaliation after his brother has just been shot. Weeks’ portrayal was powerful, an urge for folks to support this valuable series.

The Me I Want to Sing pays tribute to Marian Anderson. She A Gem deals with four friends living in a transition home, who create a double-dutch team to compete in a pageant. The Watsons Go to Birmingham – 1963, has been adapted from the written word to a staged concert, accompanied by live music. American Revolution features a troupe of seven who perform the entire history of the war on a stamp-sized stage. And, for the much younger audiences, Oliver Jeffers’ beloved picture book, How to Catch a Star should delight.

Still, it was Jeffrey Finn’s effervescent charm that brought the most applause at Tuesday’s preview. The vice president of theater producing and programming practically ran to the podium to announce the newly added Broadway Center Stage projects. Following the huge success of musicals in concert, Chess and In The Heights, most recently, Finn has added three hits, Little Shop of Horrors, The Who’s Tommy and The Music Man. He also announced one-night-only staged readings for actors seeking “the roles they always dreamed of playing.” He brings theater front and center with this addition, plus the Seven Kennedy Center Produced Shows and Acclaimed Plays From Across the Globe.

For more information on the Kennedy Center’s theater season or to buy season tickets – shows do sell out quickly – or to download the entire schedule, go online. 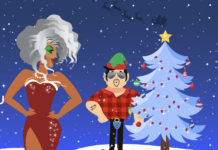 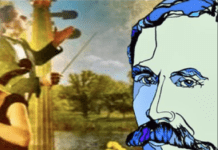 National Chamber Ensemble gets romantic with a new season 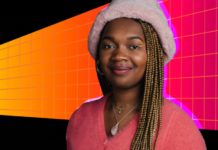