Though gynocentric themes featuring lead roles for women are a welcome new trend in contemporary theater, there’s little new or unexpected in Unexpected Joy, an original musical by Bill Russell (book and lyrics) and Janet Hood (music), now making its limited-engagement New York premiere at The York Theatre Company. Directed with an oh-so-light-and-pleasant touch by Amy Anders Corcoran, the story about four women of three generations, their long-standing and newly-exacerbated familial conflicts over lifestyles, child-rearing, and social issues, and the common ground they find in their mutual love of music and performing, has little of the fervent drama or cogent insight that would seem to be inherent in the subject. What joy it does offer comes in the form of a cast of talented vocalists and musicians performing a set-list of thirteen themed tunes in a variety of popular styles and a hopeful (albeit platitudinous) message about tolerance and getting along.

Living in present-day Provincetown, Joy (Luba Mason) has invited her daughter Rachel (Courtney Balan) and granddaughter Tamara (Celeste Rose) from Oklahoma for the week to celebrate the life of her late partner Jump (Rachel’s father, Tammy’s grandfather, and the other half of her successful musical duo Jump & Joy) with a memorial concert. Old mother-daughter tensions arise from the outset, when the unreliable Joy fails to pick up her family at the airport, and increase with the arrival of her friend Lou (Allyson Kaye Daniel), another singer with whom she shares a special bond.

Despite the dramatic potential of the plot points, Russell’s characters are drawn as all-too-familiar stereotypes: the aging pothead baby-boomer hippie (Joy); the self-righteous judgmental conservative Christian (Rachel); the sweet coming-of-age teen rebel (Tamara); and the strident outspoken lesbian feminist (Lou). Their dynamics also suffer from the banality and superficiality of their characterizations, with a trite and predictable storyline, clichéd dialogue and lyrics, unconvincing relationships that lack both fire and chemistry, humor that deflects the seriousness of the issues, and a pat ending that wraps things up far too quickly and easily, and defies credibility. Standouts in the cast are Rose, who brings an endearing tone of youthful defiance to Tammy, and the terrific Daniel, who captures Lou’s acerbic comments and head-nodding observations with a perfect sense of comic timing and pragmatic perception.

The thinly-conceived story is tied together with entertaining numbers that support the musical conceit (as do the set by James Morgan and lighting by Ken Wills), underscore the personalities and styles of the characters (visualized by Matthew Packman’s apropos costumes), and showcase the impressive vocals of the cast (folk-rock for Joy, punk and pop for Tamara, R & B for Lou, and inspirational for Rachel). Among the highlights are Rose’s risqué crack at punk rock in “Like a Good Girl,” Daniel’s powerhouse delivery of “She’s Got a Mind of Her Own,” and the ensemble’s tuneful harmonies on “What a Woman Can Do” and “Common Ground.” They are backed live on stage by a fine four-piece band featuring Music Director Beth Falcone on piano, Brian Hamm on bass, Jack Morer on guitar, and Jeff Potter on drums.

While the book and lyrics could benefit from more depth and development, the Unexpected Joy of the show’s title is provided by its positive moral of acceptance and the enjoyable concert by its cast. 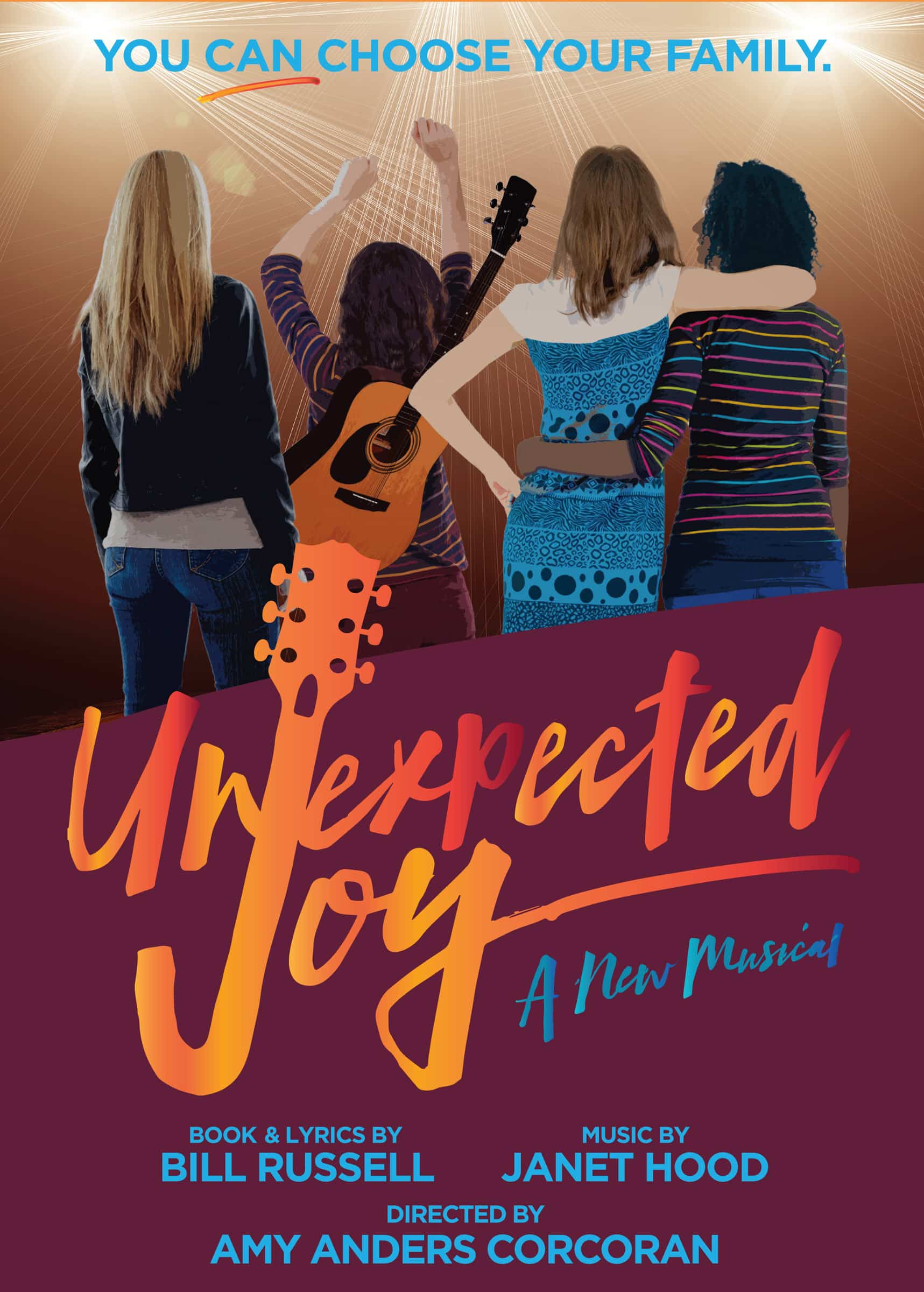