In 2018, our list of living legends is dwindling. So to be in the same room with one of the greatest comediennes of all time– Emmy, Golden Globe, People’s Choice, Horatio Alger, Ace Award, Peabody, and Grammy winner Carol Burnett–is nothing short of a thrill. 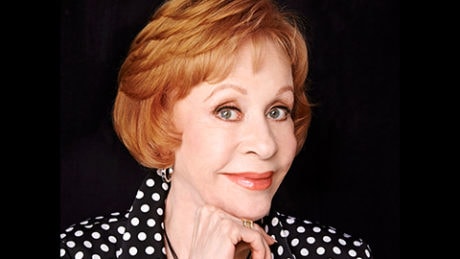 And that’s exactly the sentiment that permeated the John F Kennedy Center Concert Hall on May 11. The sold-out show was filled with fans—Generation Z to the Greatest Generation, all who had great affection for the one and only Carol Burnett.

The night of comedy that Burnett presents is not stand-up. She explained early in the evening that she was never a stand-up comedian. She is a comedic actor, a sketch comedy artist who thrives on having a partner to “lock eyeballs with.” And in her special Q&A evenings, that partner is the audience.

Viewers of the 1967-1978 Carol Burnett Show will remember that each taping began with Q&A with the audience. “There were never plants in the audience,” Burnett explained. The Kennedy Center evening began with a montage of some of the most hilarious Q&A moments over the years, complete with a woman asking where she could find the ladies’ room. (Carol directed her accordingly of course.)

After the montage, Carol herself, now 85 years old, entered the stage to a standing ovation from the adoring crowd. The evening of Q&A was split up nicely by other montages—one of Carol’s duets with famous partners (Bing Crosby, Ethel Merman, Ray Charles, and many others) and a montage of film spoofs including perhaps the most famous sketch of all “Went With the Wind” featuring Bob Mackie’s “curtain-rod” dress (now on display at our own Smithsonian).

Burnett showed no hint of fatigue and certainly no hint of being an octogenarian throughout the evening. She shared hilarious stories, wise reflections, and sound advice. The most side-splitting among them was a true story of a prank gone wrong with her partner in crime Julie Andrews. And the most inspiring was her advice to young artists: “Don’t be discouraged.” She shared about a gig she was very close to getting in her early years in New York. The director opted to go with another girl. “She got it. And you know what I thought? It’s her turn. My turn will come.” (And it certainly did.)

The montages from The Carol Burnett Show and the anecdotes from Burnett herself served as a poignant reminder that “funny is funny.” “Our shows were clever, classy, and funny,” Burnett said reflecting on the lineup of network television that The Carol Burnett Show was a part of (think The Mary Tyler Moore Show, The Dick Van Dyke Show, M.A.S.H.). In this sour, ugly climate that permeates our culture today, Burnett’s brand of humor is a welcome respite. If you missed her at the Kennedy Center this week, you can enjoy her humor in her new show, A Little Help With Carol Burnett, that just premiered on Netflix on May 4.

Carol Burnett: An Evening of Laughter and Reflection performed on May 11, 2018, at the Kennedy Center, 2700 F St NW, Washington, DC. For more information or tickets to upcoming Kennedy Center events, go online.