The Vandal, which opened to a sold-out audience on the first weekend of the 2018 Capital Fringe, is a comedy about loss. It’s also a bittersweet riff on death, performed by a trio of talented DC-area actors backed up by the tinkling sound of someone picking out notes on a piano.

The play opens with Alison Bauer as a frumpy woman in her forties, perched on a bench and waiting for a bus on a cold winter’s night. Bauer is both hilariously funny and stunningly sad. Confronting her, in various scenes, are a boy of 17, portrayed by an evanescently adolescent Gianna Rapp, and a liquor store owner, played to belligerent perfection by Tom Howley. 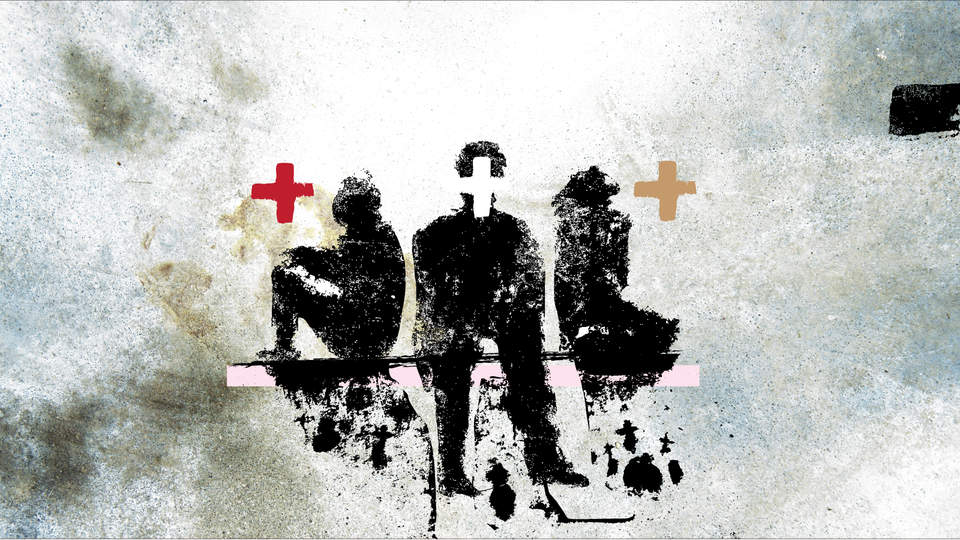 The boy, who seems to be an orphan, is trying to get the woman to buy him some beer. The liquor store owner, on the other hand, knows perfectly well what the kid is up to, and puts the woman through all kinds of trials—checking her ID and badgering her about buying Bud when she looks like a wine drinker to him—before accepting the sale.

The set, designed by Dan Remmers, transforms the tiny black box stage of Caos on F into a bleak landscape in which the bus stop—consisting of a wooden bench—is bordered by a hospital, a cemetery, and a liquor store. (It’s a fitting combination, the boy explains, with places for the dying, the dead, and the drunk.)

Allie Heiman’s lighting offers an effective rendering of the wintry night and its contrast with the brightly lit store. Reid May’s sound—the howling wind and the tinkling piano—bolsters the surrealism of the scene.

A beautifully crafted play, The Vandal is the work of Hamish Linklater, an actor who literally cut his teeth on Shakespeare and is best-known for his recent role in The Big Short. It was first produced in New York City by The Flea Theater in 2013.

This adaptation, produced by The Edge of the Universe Players 2 and directed by Aly B. Ettman, is a worthy successor. Fringe audiences are in for a treat.