Fresh off its 2018 Helen Hayes Award win for Outstanding Emerging Theater Company, Monumental Theatre Company will close out its season with Pippin (July 13-30). Monumental describes itself as a theater company run by and for Millennials and judging from my interview with Pippin Director Rebecca Wahls, this production of Pippin will tap into that manifesto, right down to the mobile app that audience members can use to follow the characters’ social media exploits.

Nicole Hertvik: The two Broadway versions of Pippin were both known for their compelling and visual choreography (Bob Fosse’s 1972 version and the circus-themed 2013 revival). Monumental will be working with the score and script from the 2013 production without replicating the circus theme. What can we expect in terms of visuals and choreography to replace it?

Rebecca Wahls: Something immediately unique about our production is that it is staged in a thrust. Rather than watching players put on a show, our audiences are invited inside the story. Our choreographer, Ahmad Maaty, has done a fabulous job of creating pieces that nod to Fosse’s iconic, almost textual, choreography in this 3-D environment. Each member of the audience will see a slightly different picture.

What role does technology play in your production?

We knew from the start that if we were setting Pippin today, in 2018, that the presence of technology was a necessity. I don’t think of this as a big, intense choice so much as a natural dramatic addition – all of these characters would have phones, and each of them would have different activities they like to do on those phones. Fastrada, Pippin’s glamorous and scheming stepmother, would, of course, update her many Instagram followers about her fabulous exploits. King Charles, like any politician, would use Twitter as a tool. The big challenge was how to express this on stage. I think we’ve come up with a really innovative solution – a companion mobile app that audience members will be able to download and follow Pippin’s social media journey on!

In keeping with Monumental’s mission to create theater for and by Millennials, I’ve heard this production described as “the Millennial’s Pippin.” What does that mean exactly?

This is the story of Pippin told in a way that will resonate with our generation. The world we face today is different than the world that the youth of the 1970s faced, and even different from the world that we faced in 2013. While the pressures of growing up and finding your place in the world are universal, the circumstances that work with and against you change with each new generation of young people.

I find Pippin to be the ultimate coming of age musical, the archetypal story of a boy becoming a man on his own terms. Describe your Pippin’s journey. How does that journey relate to the lifelong journeys of your target audience?

Our Pippin begins his “adult” journey where many of us did: on the day of his college graduation. It’s easy to joke about “adult-ing,” but that’s really just a classic example of using sarcasm to mask insecurity – and Pippin deals with a lot of insecurities, anxieties, and feelings familiar to many people trying to figure out where they fit in an increasingly complex world. Aided by the Leading Player, the way Pippin experiences the world is thrown at the audience as a bright, intense musical. 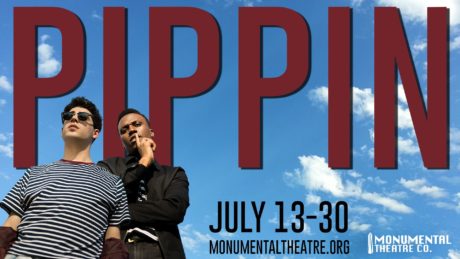 Lorca’s ‘Doña Rosita the Spinster’ is pure pleasure at GALA