For one brief minute at the opening of Lesbians and the Men Who Love Them, written by M. Cristina García and directed by Mediombo Singo Fofano at the Christ United Methodist Church, one could believe that the students loudly protesting for a woman president are talking about our current state of politics. However, this passionate and thoughtful drama is set in the early 1990s and the protest is for a woman president of an unnamed east college. Maria Alvarez, played deftly in a thought-provoking performance by Rebecca Cohen, is a Latina, and self-proclaimed feminist, lesbian provocateur at the center of the protest and the play. 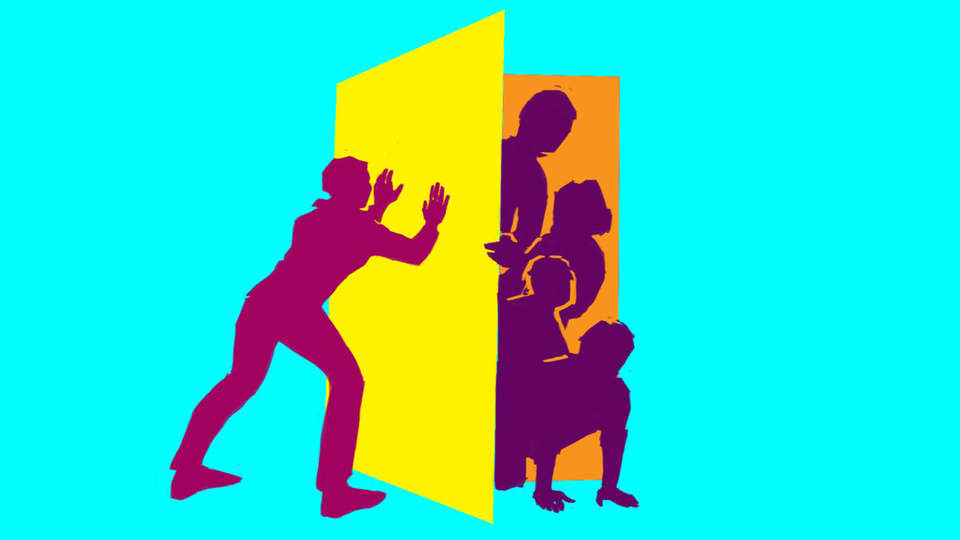 After the opening protest scene, the drama moves quickly to Maria’s post-college days with her girlfriend Sandina, played with a brilliant shrillness by Natasha Preston. Together they run a feminist bookstore. (One quibble—the notes in the show’s playbill state that this was “10 years into the AIDS crisis and before bookstores were driven into extinction.” As a freelance bookseller for Washington DC’s vibrant Politics & Prose bookstore, I beg to differ.).

The play jumps to attention when the men enter Maria’s life. Her father, played with towering thunder by Pedro Biaggi, storms into her apartment. Ultimately, he will dominate two scenes, the latter being a moving and heart-rending soliloquy. Maria’s lifelong gay friend, Frank, is played by Alex-Diaz-Ferguson, who could be considered a Latino Nathan Lane—a mix of comic relief and pathos. While the men all have secrets to bear on Maria, none have more than Joe, a local reporter. The sexual tension between Joe and Maria pulsates on the stark stage. When he talks tenderly and expansively about his mother, a Puerto Rican cleaning lady in New York, La Reina, he calls her, one wonders how soon it will be until this actor, Darnell Eaton, will move onto bigger roles.

The men steal Lesbians and the Men Who Love Them. All the good lines, the deep insights, are the actors, not the actresses. The men in Maria’s life define her, and she is never quite given a chance to tell us who she is, what she wants, and what man or woman she desires. Perhaps in some alternate Fringe Festival, the play will be inverted to Men and the Lesbian Who Loves Them, and we will find out what Maria wants.

This two-act play was smoothly directed by Fofano with Latin music providing atmospheric segue ways between the scenes. Ultimately, this ambitious play is worth seeing for all its heart and passion.

About the reviewer: Caroline Bock’s debut short story collection, CARRY HER HOME, won the 2018 Fiction Award from the Washington Writers’ Publishing House and will be published in trade paperback and ebook in October. More at www.carolinebock.com.