Actor-Writer-Revolutionary Meshaun Labrone has done it again.  Two years ago he brought back Power! to Fringe. That drama about Stokely Carmichael I called “one of the best-written, best-acted, and best-directed solo theater pieces I have ever seen.” This year he premieres Spook, a play about a Black cop, and I’ll cut to the chase: Meshaun Labrone’s Spook is an indelible drama of morals that will blow you away. 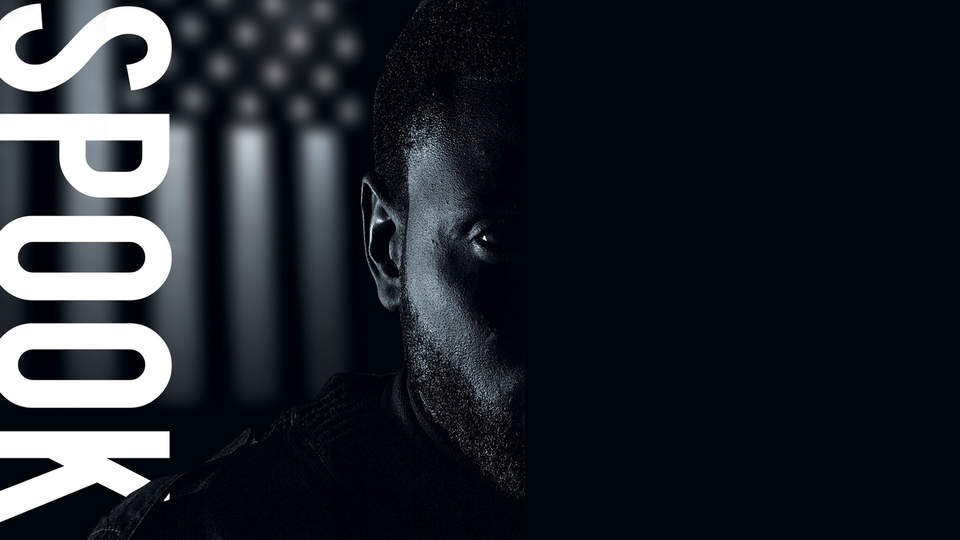 The main character is a passionate idealist named Daryl Spokane, nicknamed Spook. When the play begins he is sitting head bowed in a brown khaki prison uniform, the bars of his cell projected on a screen behind him. We learn he has been on death row for three years convicted of shooting to death four male fellow police officers, three white and one Black, and bludgeoning to death a Black female officer. With an hour left before his execution by lethal injection on live TV, Spokane starts explaining why he did it.

What follows is riveting and excruciating testimony delivered in a fever pitch by an actor whose depth and range are unmatched in my Fringe-going memory. The play dares us to understand what drove Spokane. And in doing so, it rips open raw racial wounds not only between whites and Blacks but also among Blacks.

“It was the police brutality that I witnessed that made me want to join the academy,” Spokane says. When he is assigned to a predominately Black department, his hopes are raised then dashed. “I wanted to work with Black men to save Black men but all I found were niggas”—a word Spokane uses often to mean, broadly, Blacks with no moral loyalty to the Black community.

Spokane admires a brother supervisor who “used to always talk about honor and integrity.” At the same time, he derides another who “was the embodiment of Black self-hate. He wasn’t a brother, he was a blue domestic terrorist in blackface and a psychopath.” The latter is one of the five Spokane shot.

Labrone himself was once an officer in a metropolitan police force, and though Spook is explicitly fiction, one cannot help supposing that some of the gripping stories within it were inspired by real events. The incidents Spokane describes about police malfeasance seem chillingly plausible, such one about police mistreatment of a 17-year-old girl who had just been assaulted by her boyfriend.

There’s a bit of humor in the show but it’s very dark. For instance, following Spokane’s observation that “killing a dog causes a stronger public outcry than the killing of Black people,” there’s an onscreen PSA that draws a visual parallel between abused dogs in cages and injured Black men behind bars. A voiceover urges viewers to donate by dialing 1-800-Hep-A-Niga. It’s both funny and not.

Throughout the show, the lighting by Marianne Meadows and the sound and video design by Hope Villanueva are stunning.

There are also some passages that purely as writing are mindblowing. (The play was dramaturged by Jennifer Knight, director of Power!) One such monologue is about all the ways “niggas have been lobotomized.” Another is a sexually graphic parable about how Lady Liberty has granted Blacks no favors (“Lady Liberty got niggas in the friend zone”). Labrone’s simultaneous accomplishment as author and performer is breathtaking.

The play exists implicitly in a social-justice framework. Juxtaposed with Spokane’s righteous rage at the failings of others, the character is nakedly honest about his own complicity. This makes the scene in which Spokane recites the law enforcement oath of office horrifically ironic.

Meshaun Labrone’s Spook is emotionally scalding, politically scathing, and ethically scorching. It is one of the most significant revolutionary acts of theater ever to come out of Fringe.

Spook plays through July 26, 2018, at Arena Stage, the Mead Center for American Theater, 1101 6th St SW, Washington, DC. For tickets, buy them at the venue, or purchase them online.