The theater students at Anne Arundel Community College in Arnold, MD, are a plucky bunch. When the school had no funds for production, they organized as a club and got a budget from the Student Government Association. With this real-life background of preventing youthful theater dreams from dying, an intrepid troupe of AACC students has trekked to Capital Fringe with a play about, aptly enough, suicide prevention. 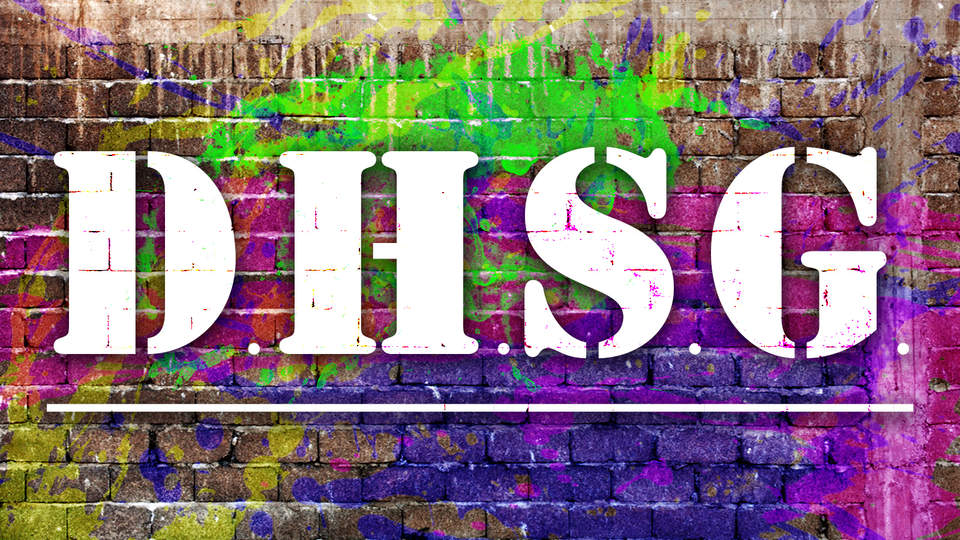 The titular Dragon Hunting Support Group, which is the structural hub of the play, is a get-together for slaying the demons that drive young folk to slay themselves. Intermittent dragon roars (sound design: Sean Urbantke) underscore the metaphor.

The group is convened by Hudson (Jack Venton), who works on a suicide-prevention hotline and has had professional training (“Your dragons can be slain!” he promises). Joining the group at Hudson’s behest are Matthieu (Tristan White), a junior priest; questing freshmen Ben (Alec Moyes) and Haley (Amanda Matousek; and sullen Ellie (Rebecca Cohn), who is paralyzed from the waist down from an auto accident.

None of them, it turns out, are suicidal. But they all know someone who was—and who succeeded. Thus is set in motion the play’s expository device: one by one each group member tells the story of his or her now-deceased friend or loved one—what led to their demise and how they carried it out. To this end, Playwright Jonas “Tintinseher” Pallaro-Sonneborn sets forth a brisk succession of scenes in which Moyes, Cohn, Matousek, and White double as the eventual suicides while Hudson the group facilitator sits and listens and offers diagnostic observations. Once it becomes clear from the story sharing that none of the group members actually has need of a suicide-prevention support group, there is a plot twist that reframes all that we have seen and heard.

Director Corey Hennessey has the actors busily change scenes by repositioning metal folding chairs and pull focus during the mini-narratives by shining handheld stage lights on players’ faces as if under multicolored interrogation (lighting design: Stephanie Condon). And the acting troupe as a whole throw themselves into their ever-shifting roles with fledgling gusto.

But for a play ostensibly about the emotional and mental health emergencies that tragically lead to teen suicide, there a curious lack of emotional resonance in the performance. It comes off as forced and inauthentic. The script veers hastily from story line to story line without ever allowing moments to feel real or even have a pulse. And the acting though earnest is unpersuasive, broadly indicative of feeling states rather than credibly expressive from within. (The sole exception is a brief scene between Ben and White as Connor, on whom Ben has a crush.) Even the surprising plot twist—which is dramaturgically kind of inspired—plays flatly.

A lot of work has evidently gone into this show. The program describes an extensive script-selection and workshop process. The hard reality, at least for this reviewer, is that the result did not deliver on the passion poured into it. And that’s a learning experience every theater artist can relate to.

For audiences in and around Annapolis, the back page of the program for Dragon Hunting Support Group announces two promising future Theatre at AACC productions: Hairspray and Romeo and Juliet. To keep in the loop and support the troupe, like or follow its Facebook page.

Dragon Hunting Support Group plays through July 29, 2018, at Arena Stage, the Mead Center for American Theater, 1101 6th St SW, Washington, DC. For tickets, buy them at the venue, or purchase them online.