2000FeetUp Theatre Company is a new Iranian-Canadian theatre helmed by director Siavash Shabanpour. The company is based in Toronto and has brought Romanian-French playwright Matei Visniec’s 1997 work about the Bosnian genocide to North America for the first time, and mostly succeeds. 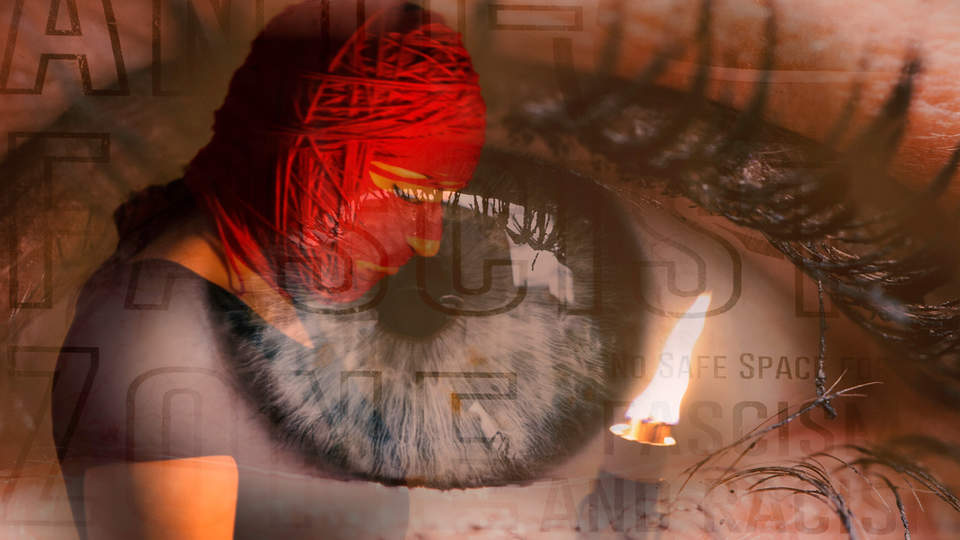 The Bosnian War began in 1992 when Bosnia-Herzegovina declared independence from the former Yugoslavia (now Serbia). Over the next three years, Bosnian Serbs, backed by the Serbian government, committed what is considered the largest ethnic genocide in Europe since the Holocaust, against some 100,000 Croatian and Bosnian Muslim civilians. Visniec’s play is an impassioned plea for understanding post-war trauma, focusing on the use of rape as a weapon of terror and war.

The content of this play is truly horrifying, so Shabanpour and his company should be commended for trying to handle it as honestly as they can. The play itself needs some work – originally translated from French, it’s clunky and heavily expository, and difficult to sit through as a one-act. But the two actors are fantastic.

In effect, Body of a Woman may as well be two concentric solo shows, each starring a woman with a deep and rich inner life. Konstantina Mantelos plays Kate, an American psychologist who suffered a breakdown while working with a NATO team in Bosnia assigned to exhume mass graves. She requests a transfer and meets Dora (Anna Lytvynova), a woman suffering extreme trauma from a genocidal rape.

The acting was fantastic and the interplay between Mantelos and Lytvynova is gorgeous to watch. Yet the pregnancy plot is where I had the most trouble with the play. I didn’t like the character of Kate, and I’d be interested in seeing this play directed by a woman to see if that changes. Dora has become pregnant by her rape, and doesn’t want the baby. Kate continues to assert that she is not a doctor, but repeatedly pushes Dora to wait for an abortion. This is really uncomfortable to watch, especially after it has been established that her job is to lift her up and support her in her healing. I left feeling like Kate doesn’t – can’t – understand anything, despite her training as a psychologist.

It’s rough stuff. Important stuff, too, and they mostly handle the subject delicately, but something was lost. In other hands, perhaps, it has potential.