Love in Three Scenes, which opened during the second week of this year’s Capital Fringe,  is not so much about love per se as it is about the lack thereof, particularly on the part of our political leaders. 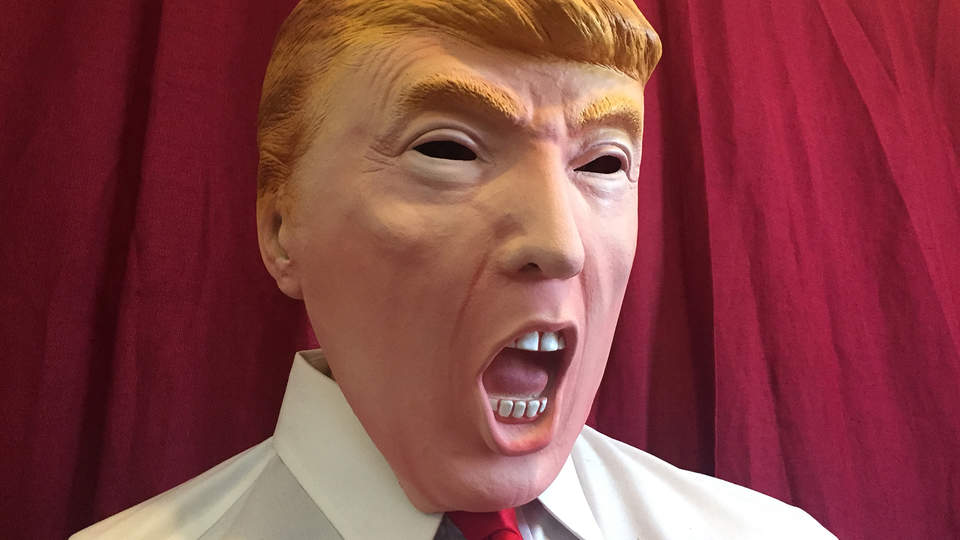 In fact, each of the scenes describes an absence of love. All three are designed to educate, not entertain. The first is about religious intolerance, or the inability to love those who worship other gods or pray in different languages. In this scene, two Muslims discuss Islamaphobia. One of the men worships openly. The other is scared.

The one who is confident reassures the other that America is safe. The reason, he says, is that the Founding Fathers had something like Islam in mind when they passed the First Amendment (he admits that the amendment was aimed at Baptists, but assumes that Muslims would have been just as warmly embraced).

The second scene is about environmental indifference or a lack of love for the planet. In this episode, set roughly a century into the future, we have a high school teacher describing how the US lost the war against erosion by dropping out of the Paris Accord.

The final example of love lost is illustrated by a life-sized manikin of Trump himself. The latter’s heartless behavior toward others—meaning anyone who doesn’t look like him—is demonstrated by the discovery that the man’s chest contains nothing but stuffing and stones.

In what is probably the only stirring moment in this otherwise flat production, the audience is invited to drop heart-shaped candies into the cavity in the manikin’s chest. The opportunity to participate is cathartic. It is especially appealing to children and young people in the audience.

John Lanou is the writer, director, and principal performer in all three scenes.  He is accompanied in the first scene by Muath Edris, who plays the oud—a middle eastern instrument that resembles a lute with 11 strings—and sings in Arabic.

Running time: 45 minutes, with no intermission.