Written and directed by Chuck DeLong, Blowin’ Off Steam takes you bench-side into the steam room of a men’s fitness club in the suburbs of New York City, where seven painfully straight men spend their Monday lounging about, discussing politics, marriage, and friendship. 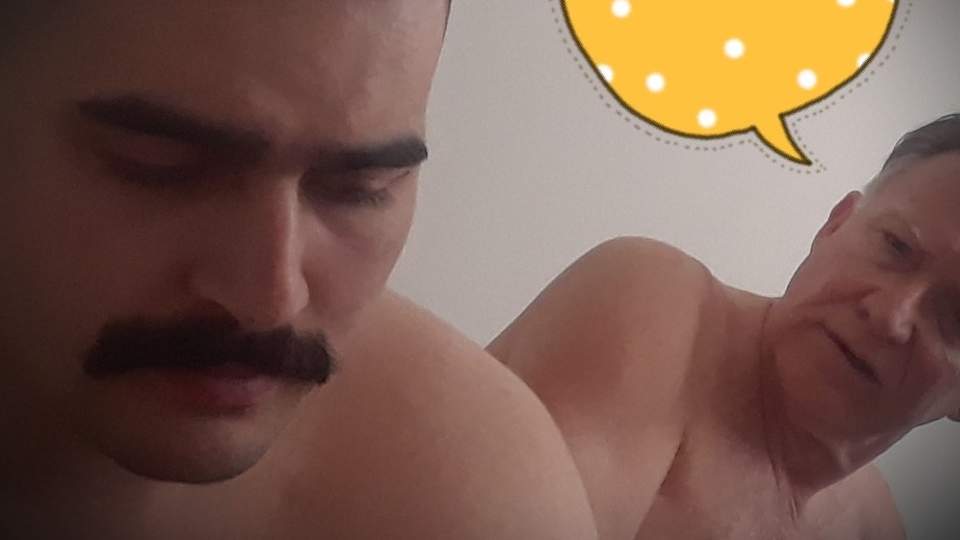 While the stage is primed for provocation, with the six actors fully nude save for a towel wrapped around their waists, Blowin’ Off Steam lowers its own stakes by neutering disagreement under the guise of male camaraderie, and by taking as its focus a bunch of well-off middle-aged straight guys who never really break out into being more than as dull as they seem.

Both sides of the ground-level stage are bookended by audience seating. Prior to the start of the show and upon entering the performance space, all seven men are already out and in character, talking amongst themselves, flipping through newspapers, looking at their phones. Clayton (Troy Weymouth) opens with the typical engaged man, former single dude grievances about his fiance, Linda, whose supposedly controlling nature makes Clayton reconsider aloud if marriage is worth the loss of his freedom.

Divorced three times and on the brink of his fourth, Allen (Don Myers) contends with haughty cynicism that marriage is futile and absurd, while Jonathan (Ernest Rose), a liberal stockbroker, and Daniel (Richard Senkbile), a conservative self-improvement book aficionado, extol their own marriages while delighting in a bit of matter-of-fact misogyny. Somehow, these men enjoy the presence of Mario (Scott Stofko), an Italian mama’s boy bachelor with a small vocabulary whose only contact with females is paid for.

In between penis size jokes and ego jabs, the chemistry between these supposed friends is not convincing, particularly because the majority of the cast did not seem to have total command of the script. What should’ve been whiplash witty dialogue between, for instance, the Trump-supporting Daniel and the “east coast elite” Jonathan fell flat as Senkbile hesitated in the delivery of his lines.

The same goes for Weymoth, Myers, and Stofko, who often spoke out of turn or otherwise stumbled over words, all of which could’ve been remedied by more rehearsal. Rose’s Jonathan was the only performance that really kept up with what I think was the intended chummy conversational beat. Had it not been for Myers’ faulty delivery, he too could’ve stood out amongst an altogether reluctant ensemble.

There were humorous moments, namely when the men open up about their “man crushes” and their mutual recognition of Henry Cavill’s perfection, but it all felt too tame, only really outrageous for the sort of straight people that would be afraid to come off as gay.

Ultimately, the script is so awash in sarcasm that it’s hard to tell what exactly each character is getting at, except, strangely enough, when it comes to marriage, a conversation reintroduced at the end of the production that finally brings out the guys’ sentimental sides as they gush over the ladies in their lives and their desire to find a true companion.

There’s a running joke that the steam room is mind-altering after a certain point in time, but nothing in this production ever seems to reach these exciting results. Theater-goers in search of more challenging social commentary won’t find it in this production, despite a premise and staging offering great potential.

Running Time: 65 Minutes, though information on the website says 90 minutes.

Blowin’ Off Steam runs through July 28th, 2018, at Blind Whino – 700 Delaware Avenue, SW, in Washington, DC. For tickets, but them at the door, or purchase them online.