Riot Brrrain is a punk-fueled, nonlinear tour through the life of Teddy as they revisit their past relationships after being diagnosed with neurosyphilis. Teddy is bisexual and nonbinary gender, but Riot Brrrain feels like a post-gender play; for once, the entire runtime isn’t taken up explaining the main character’s identity, and it was refreshing simply to see Teddy’s story unfold without afterschool-special moments about coming out and acceptance (though the play still took some swings at bi-phobia in the queer world).

Caitlin M. Caplinger (who uses they/them pronouns) wrote and directed the show, as well as designing costumes and props and penning lyrics for much of the incidental music. The strength of their vision was apparent in the seamless experience they created from the moment you walk in the door of Blind Whino’s mural-splashed Turquoise Room, reverberating with a playlist of indie punk, and sit down to flip through the ‘zine-style program. Caplinger deftly directed an ensemble cast of five who played all the characters in Teddy’s life (exes, best friends, not-so-best friends, not-quite-boyfriends, and one hilariously self-centered classical recorder player), and these players dipped in and out of a wide range of personalities utterly convincingly—so much so that I had to count their names in the program at the end to be certain there were so few of them. 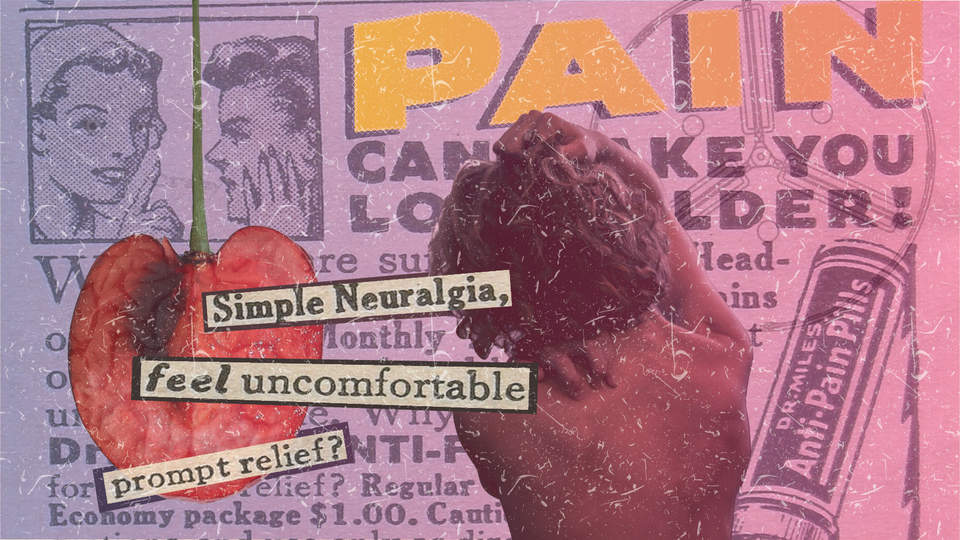 The music that plays throughout the show (composed and performed by Natasha Janfaza of D.C. punk band Panini Girlfriend, with Alex Lubeck on drums) becomes a part of Teddy themselves. The most visceral moment of this fusion is when Teddy dances alone frantically, urging the audience to join in. My rainy matinee audience just sat and watched, but I thought the cleverness of that scene is that it works either way—whether we join them or not, Teddy is always moshing with themselves.

That emotional high (or low) point sums up so much about the show: brimming with vulnerability, and sometimes sneaky humor. Teddy’s story is deeply relatable while still being unique. When they say to a former hookup, “Sometimes you call me a little, and sometimes you don’t call me at all. I don’t know which is worse,” I immediately felt all the times I’d been in that situation—and thought of a half-dozen people who’ve been in it too. (Ari Eckley’s performance in this moment, and all others, was completely mesmerizing). Laughing at Teddy’s vulture puns at a party is a welcome respite, and the scene (as well as its place in the play) captures that feeling of experiencing a moment of pure, innocent joy in a difficult and confusing time.

While the vulture pun scene didn’t need context, there were other places where Riot Brrrain could have used some light editing and consolidation. Teddy’s story is told in bits and pieces, and sometimes it’s impossible to tell where or when they took place in their life—purposefully, to capture Teddy’s own feelings of disorientation. But with a nonlinear show, the writer has to make up for the lack of a firm thread of story with powerful, immersive moments. Some scenes flew by so quickly, or were so confusing without context, that they didn’t deliver that emotional immersion. Giving the audience time to sink into a smaller number of vignettes, but more thoroughly, would be more effective (and maybe even give Caplinger’s playful sense of humor more time to shine, too).

My only other criticism is that many times, the music was too loud to hear the dialog, and the diction of the performers didn’t help—the ensemble cast did a great job of conveying subtle emotions with their bodies and faces, so they shouldn’t have relied so much on fast-paced, breathless delivery of lines to drive home how heightened their feelings were. But it’s possible part of the problem is that my own hearing is shot after half a lifetime of attending angry, sweaty punk shows. If that’s the case, at least I think the creators would understand. For me, punk music has always been the visceral expression of confusion, the feeling of being trapped inside myself, of needing to get out somehow, even if it’s just by moshing by myself. Riot Brrrain isn’t just a punk show; Teddy is punk itself.