English majors, linguists, and Shakespeare lovers (and fearers) rejoice: the creative team behind Fringe’s A Two Woman Hamlet have broken one of theatre’s great masterpieces down to a comfortable one-act that still gets you thinking long after it’s over. 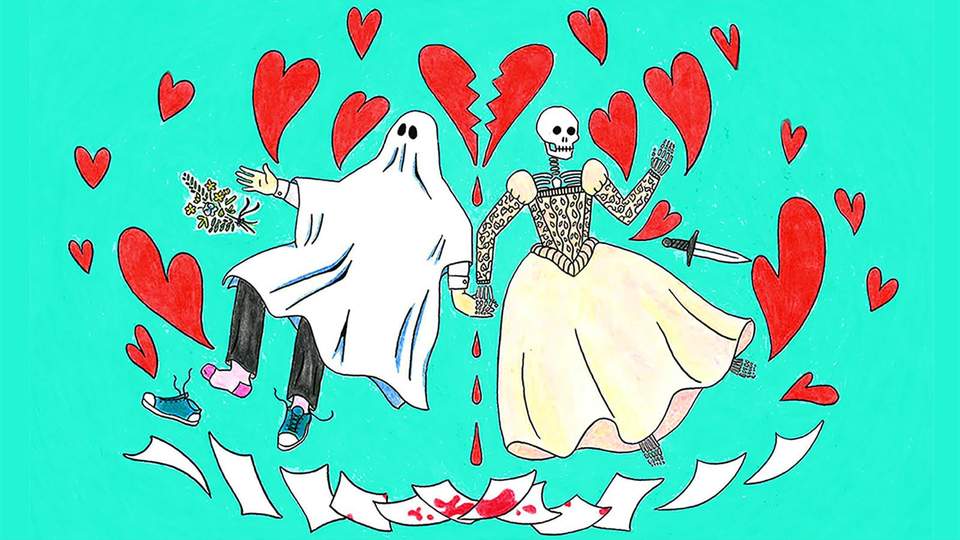 Don’t go to this expecting a big-budget, traditional-style presentation. But this is a Hamlet that will satisfy even the purists. Go for the breaking down of that tradition, and the enjoyment of the discovery that despite its brilliance, a lot of Hamlet is really quite ridiculous.

With A Two Woman Hamlet, director Mara Sherman and her two-actor team, Hannah Sweet and Nicola Collett, present a fully bare-bones Hamlet, with almost no set and the barest minimum of costuming, and with most of the full text intact. In keeping with original staging practices, the house lights remain on throughout the performance. Everything else is fair game, and what follows is essentially a Hamlet speed-through, often hilarious and often bizarre.

There are no scene changes; Sweet and Collett move quickly and seamlessly through more or less the entirety of the play, signaling the entrance of new characters with the trading off of various vests, hats, glasses, and ties, and scarves for the female characters, over their base costumes of dark jeans and white collared shirts. Both actors play all twenty characters, with the roles of Ophelia and Gertrude shared between them. This was the first time I really noticed that those are the only two female characters in the play, and that got me thinking – why have Rosencrantz and Guildenstern not also been played by women in traditional productions? Why not Horatio? Not as a footnote, or because of diversity quotas, but because there’s really no reason why more women CAN’T play these roles.

These women have clearly seized the opportunity, to hilariously entertaining effect. There are some ridiculous gags staged by choreographer Carl Brandt Long when two characters played by the same actor at the same time fight each other. The “get thee to a nunnery” scene is staged like a soap opera, adding a whole new element of agency to it. Doing the play so quickly doesn’t allow for much time to wonder about the depth of all the characters, though I did suddenly notice more clearly that the play is sometimes full of people with highly questionable motives–who in this version are clearly presented as archetypes. Sweet and Collett counter each other well – Collett’s Hamlet (one of her eight characters) is very stern, deadpan, and controlled; while Sweet’s characters, such as the ultra-macho, jock-like Rosencrantz and Guildenstern, are lively and spasmodic. In a particularly noteworthy turn as the gravedigger, Sweet hobbles around the space swapping bad jokes with the audience.

The amount of text in Hamlet is enormous – the fact that two actors carry the entire show is feat enough. But they’ve also made it FUNNY – something I’d not imagined was possible to do. Hamlet is a masterpiece; it’s also flawed. And fun. It only took two women to show us.