A promising but flawed dive into the way we deal with death, Ghosts creates an interesting premise and delivers touching moments of emotion. Written by Elford Alley and directed by Kathleen Barth, Ghosts is an expansion of a one-act show created for a Halloween festival. 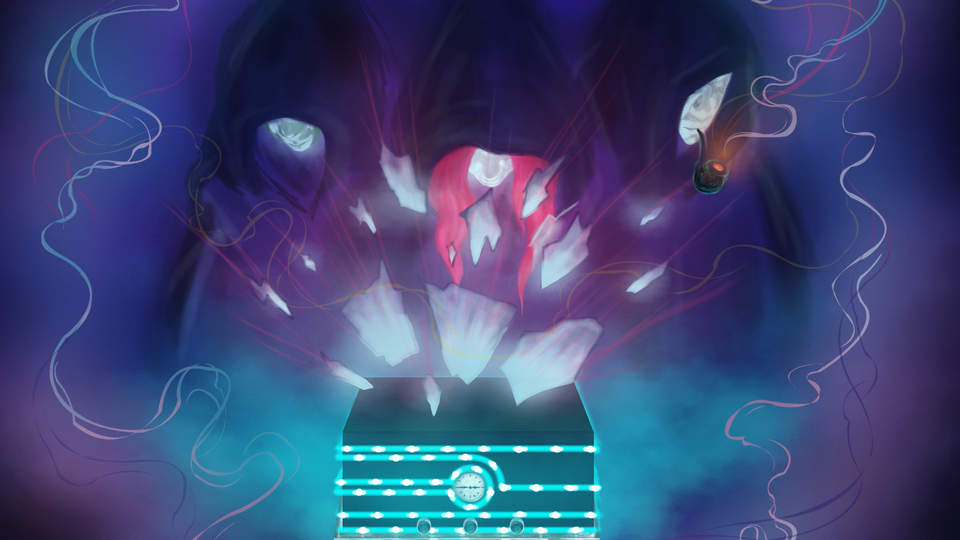 The play follows Levi, a grieving widower played by Evan Crump, who seeks to bring back his wife with a supernatural device he’s found and dubbed the “ghost box.” The device brings about a Christmas Carol-esque structure, bringing back successively more distressing ghosts who seek to sway Levi from his course as his tampering begins to unleash forces that bring suffering to those on both sides of the great divide.

A story seemingly birthed from twin desires to explore a “what-if” vision of a fantastic device and exploring the way our pasts can drive us to obsession, Ghosts demonstrates the most intriguing aspects of these two impulses in its best moments, but ultimately fails to bring the two together. This creates a show driven primarily by conversations which feel more constructed than natural, and full of emotional moments abruptly interrupted by dry world building.

Despite these issues, the show has several bright spots, most of which revolve around the ghosts’ conflict between caring for Levi and their resistance against being unnaturally pulled into the world of the living. This is exemplified in the performances of Marsha Rehns as Lorene, who hides distress under a façade of the stout, unflappable grandmother, and of Briana Boldon, as Levi’s wife Abby, who visibly wrestles with complicated feelings borne both out of her resentment of the ‘ghost box’ and her experiences with Levi on Earth.

Crump as Levi similarly shines when wrestling with affection but falls somewhat short in his larger role, never reaching the sort of insane obsession or anger which would drive a man to fight demons for one post-mortem conversation.

The threats of the demons he faces are similarly mixed. The sound design of DJ MisS Guided, the lights of Nick Friedlander, and the costume and props of Charlotte Corneliusen all fit perfectly into the world of the show, as shown by the ‘ghost box’ itself, an eerily sparkly classic radio which conjures dramatic lighting changes and creepy hissings and rattlings.

Yet these effects never coalesce to fill the space with the atmosphere of a world invaded by the dead, a problem which can be attributed to their density. It is, for example, difficult to take the show seriously when it describes Crump, who takes the stage with excellent hair and impressively clear skin, as “hell warmed over.”

This show has promise as an otherworldly exploration of our fixations but largely fails due to an unfocused script, which moves events along slightly too neatly, actors who occasionally have trouble deviating from one mood, and an incomplete rendering of its otherworld.