Presented by the american vicarious in a limited-engagement world premiere at The Sheen Center, Pushkin, playwright Jonathan Leaf’s latest historical drama, considers the last troubled years (1834-37) in the life of the 19th-century Russian Romantic author Alexander Pushkin. Directed by Christopher McElroen, the well-researched verse play – paying homage to the structure of Pushkin’s classic novel Eugene Onegin and interspersed with the characters’ recitations of harmonious original poetry by Leaf and a few passages from Pushkin’s own writings – offers a vision of the personal, professional, and socio-political conflicts of the revered “Father of Modern Russian Literature” that would result in his premature death by duel at the age of 37.

Employing the framework of a memory play, the deathbed (or, more accurately, ‘death-chair’) reflection interweaves narrative threads of the decline of Pushkin’s position at court (for his support of the abolition of serfdom and the incitement of peasant rebellions through his popular writings), his finances (the insurmountable debt he faced due to his habitual gambling losses), and his marriage (both he and his wife Natalya engaging in extra-marital flirtations), all leading to politically-motivated rumors of fully-consummated affairs and culminating in the fatal duel he would fight to defend his honor. Ian Lassiter, bearing an uncanny resemblance to his real-life character, stars in the titular role, revealing the contradictions and hypocrisy of his beliefs versus his behavior: advocating for the freedom of serfs, but owning many himself; complaining of his wife’s extravagant spending, while continuing his unsuccessful gaming against her expressed wishes; publicly humiliated by the suggestion of having been cuckolded by her, but pursuing an illicit relationship with her sister.

Scenes of formalized ballroom dancing (choreography by Bruce Heath) and strictly regulated dueling underscore the highly stylized etiquette of the time, with McElroen’s slow-paced direction and the cast’s controlled emotions and sometimes stilted delivery also evoking the formality of the Tsarist court. But the rigidity too often feels enervated, and serves to lengthen the running time of a two-act story that could have been told more engagingly in 90 minutes without intermission. What is generally lacking throughout is the passion for which the Age of Sensibility and Pushkin’s convictions are known (whether classified by contemporary scholars as Romantic or Realist). The dramatic moods of the people and events portrayed are, however, inherent in, and cued by, Andy Evan Cohen’s authentic sound design, with a background soundscape of emotive compositions from the Romantic era.

Among the most compelling portrayals of the largely unlikable and entitled characters are Gene Gillette as the imperious Nicholas I, making editorial improvements to Pushkin’s writing (read censoring), questioning his loyalty, and ultimately evincing his true feelings in an angry outburst that precipitates the show’s inevitable conclusion; Lou Liberatore as Count Benkendorf, Chief of the Gendarmes and Founder of the Secret Police, whose machinations and displeasure with Pushkin force the ill-fated duel; and Tracy Sallows in her dual roles as Pushkin’s socially-conscious mother-in-law, who opines that he isn’t good enough for her upwardly-mobile daughter, and his untrustworthy serving maid, whom he suspects of spying on him for the government (the excellent Sallows is unrecognizable in her switch from one character to the other). Lavish period-style costumes by Elivia Bovenzi (with wig and hair design by Tommy Kurzman) also take center stage, recreating the fashions of the era and drawing a clear distinction between the rich dress of the aristocrats, officials, and courtiers and the simple shawls, babushkas, and Cossack shirts of their lower-class servants.

The debut production of Jonathan Leaf’s Pushkin might benefit from a slightly more accelerated pace and a greater emotional revelation of the passions that drive the characters’ actions. But the new play is an intelligent and informative examination of the influential Russian literary icon, his pivotal work, and his unsettled times. 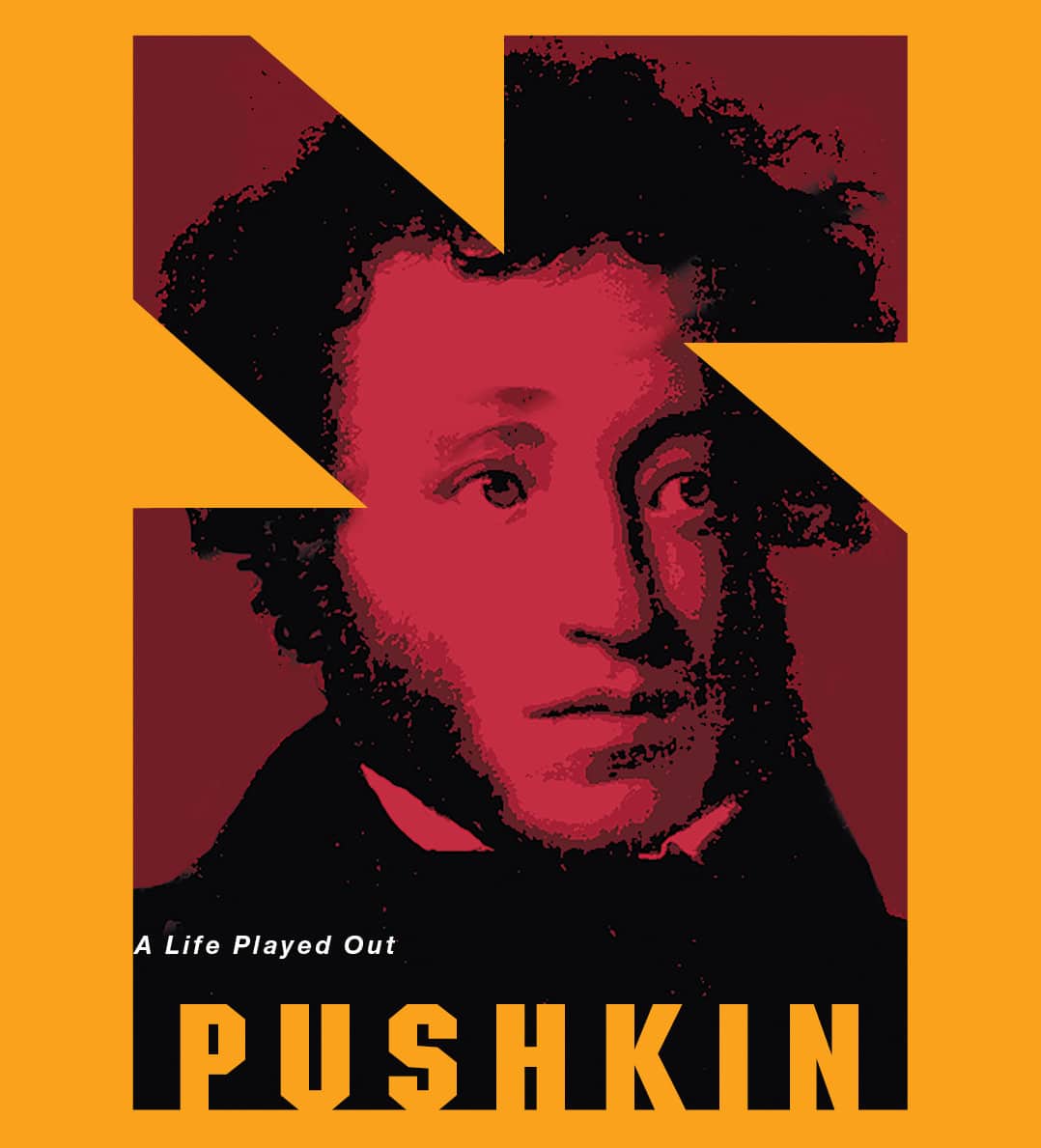