The festival additionally acts as an incubator for playwrights to develop new and existing work that includes public readings and conversations. Moving from a one-woman show to an ensemble piece, Madeline Joey Rose will present an experimental adaptation of Mom Baby God directed by Otis Ramsey-Zoe. Local hip-hop playwright Psalmayene 24 will present a reading of his newest play The Blackest Battle directed by Raymond O. Caldwell with choreography by Tiffany Quinn and music by Nicktha1da. A reading of an updated version of Deporting the Divas by Guillermo Reyes will be directed by Ricky Ramon. Teatro La Bolsa, who are currently developing their three-part production Madres de la Revolución, will present part one of their play followed by a 45-minute workshop for an audience.

The theme of this year’s festival is “Flipping the Script”. The term “flipping the script” means taking an old idea and seeing it anew. The Word Becomes Action Festival attempts to flip the script through conversations about guns and violence in White Rabbit Red Rabbit, The Gun Show, and The Blackest Battle. While Mom Baby God, Madres de la Revolución, and Deporting the Divas flip the script on conversations around gender and identity. Post each performance/reading, community partners will participate in conversations that connect audience members to resources and opportunities that incite action that leads towards community change. 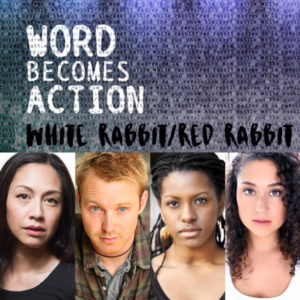 White Rabbit Red Rabbit – by Nassim Soleimanpour | An Aurora Nova Production
No rehearsals. No director. No set. A different actor reads the script cold for the first time at each performance. Will you participate? Will you be manipulated? Will you listen? Will you really listen?
Imagine being 29 and forbidden to leave your country. Soleimanpour dissects the experience of a whole generation in a wild, utterly original play from Iran. Forbidden to travel, he turns his isolation to his own advantage with a play that requires no director, no set and a different actor for every performance. 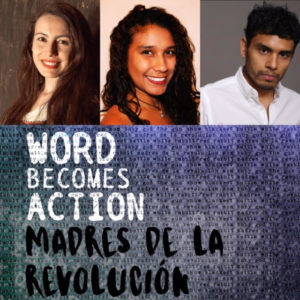 Madres de Revolución – by Leora Lihach and presented by Teatro La Bolsa
A bilingual two-act undertaking of the Salvadoran Civil War, based on the testimony of a mother turned revolutionary commander, and later, resilient captive. Nidia Díaz recounts her revolutionary journey and prisoner-of-war ordeal in her testimonio, I Was Never Alone: A Prison Diary from El Salvador. MADRES is a tribute to Commander Nidia Díaz and the untold revolutionaries who fought for freedom.

Deporting the Divas – by Guillermo Reyes
Though it is a full-on, frenzied drag farce informed by the work of Charles Ludlam and infused with magical realism and a dose of film noir, Guillermo Reyes’ play presents serious messages about the borderlands of sexual preference and identity, gay and Latino cultural expectations, and immigration. Michael is a conflicted Mexican-American border patrol agent who doesn’t speak Spanish. Though he is married with a family, Michael has fantasies of same-gender wedding ceremonies and men-in-drag divas. 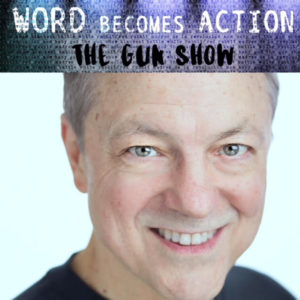 The Gun Show – by E. M. Lewis
From a farming community in rural Oregon to the big cities of Los Angeles and New York, playwright EM Lewis takes aim at her own relationship with firearms in The Gun Show. An actor shares Ms. Lewis’s unique perspective and true stories about America’s most dangerous pastime as if they were his own, with brutal honesty and poignant humor. Leaning neither right nor left, The Gun Show jumps into the middle of the gun control debate, and asks “Can we have a conversation about this?”

Mom Baby God – by Madeline Joey Rose
Take a cupcake, put on a name tag, and prepare to be thrown into the world of the Christian Right, where sexual purity workshops and anti-abortion rallies are sandwiched between karaoke sing-alongs, Christian EDM raves and pro-life slumber parties. Mom Baby God is an immersive dark comedy about American girl culture in the right-wing.

The Blackest Battle – by Psalmayene 24
It’s the Fourth of July in the fictional city of Chief County, New York—a place where so-called Black on Black violence rains down like a fiery storm. In this unique hip-hop musical, Bliss and Dream, members of warring rap factions, fall in love and wrestle with making sense of their turbulent lives.

ABOUT SEASON 16
Theater Alliance’s 16th season tackles pressing issues of this American moment with stories that drive us to action. David Grieg’s play The Events grapples with a mass shooting survivor’s attempts to understand that terrible event and events that led up to it. Dominique Morriseau’s Blood at the Root explores the deep violence that often accompanies any challenge to institutionalized racism, sexism, or sexuality. And the season’s final production – Klytmnestra: An Epic Slam Poem – is a world premiere by Dane Figueroa Edidi that remixes classical Greek drama with Yoruba rituals and contemporary forms to illustrate how patriarchal systems have long exploited Black women.

In association with Anacostia Playhouse, we are also co-producing a new devised work by Washington DC artist Holly Bass. THE TRANS-ATLANTIC TIME TRAVELING COMPANY tells the story of three Black women journeying through the Reconstruction-era South under the guise of a traveling medicine show. 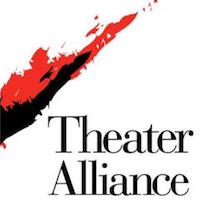 Theater Alliance develops, produces, and presents socially conscious, thought-provoking work that fully engages our community in active dialogue. As the resident theater company of the Anacostia Playhouse since 2013, Theater Alliance is proud to produce professional, award-winning work in Anacostia. Through our work, Theater Alliance hopes to create an audience laboratory where the myriad perspectives of DC are face-to-face, confronting issues and tackling difficult questions that affect our diverse community.

Locally, Theater Alliance has twice been a finalist for the Mayor’s Arts Award; featured in the Greater Washington Catalogue for Philanthropy; received the Capitol Hill Community Foundation’s Keller Award for making significant, ongoing contributions to the life of the community; and awarded the DC Commission on the Arts and Humanities’ UPSTART Grant for capacity building. Nationally, we have received the American Theatre Wing’s National Theater Company Grant as well as became a member of Theatre Communications Group and the National New Play Network. Theater Alliance has received 83 Helen Hayes Award Nominations and 13 Helen Hayes Awards.

The box office opens one hour before performance times. Tickets are $20 and group discount and radical neighbor pricing is available. Call the box office for more details.