A wedding singer spurned by love becomes unlikely friends with the waitress at the local banquet hall and, from dumping to dumpsters, finds that love might be worth another try. Celebrating their 30th anniversary season, the NextStop Theatre Company takes on The Wedding Singer. A 2006 Tony-nominated musical with book by Chad Beguelin & Tim Herlihy, music by Matthew Sklar, and lyrics by Chad Beguelin, this lively, personality-filled production brings the ’80s roaring back to center stage.

Leading the show both in title and in performance was our wedding singer, Robbie, played by Ricky Drummond. Drummond’s lead was an entertaining mixture of charming and outrageous, with hopeless romantic thrown in–on more than one occasion, reminiscent of Adam Pascal. Vocally and comedically strong throughout, highlights for me were “Somebody Kill Me” (with some classic Adam Sandler nods) and “If I Told You,” in which the harmony lock between the two leads was spine-tingling.

The female lead, Julia, played by Molly Rumberger, was bottled sweetness. Her delicate mezzo voice brought a warm, innocent playfulness to the character that foiled well with Robbie’s more indelicate outbursts. With delightful reactions and carefully tuned smirks, Rumberger’s Julia grew as the show and her friendship with Robbie developed. By “Someday (Julia’s Reprise)” in Act 2, Julia was completely out of her shell and, though conflicted, a delight to watch.

Best friend and cousin to Julia was Holly, played by Amanda Leigh Corbett, who could shake it as well as gracefully chaîné across the stage. Holly was a woman who knew what she wanted (eventually) and was unapologetically confident in herself. A wonderful dancer, Corbett took full advantage of the stage in “Saturday Night in the City.”

Friends and fellow band members of Robbie were Sammy, played by Joshua Redford, and George, played by Evan LaChance. Steadfast and opinionated, these two could be counted on to pick Robbie up after even the roughest days; a bond that was best shown in the drunken musical number, “Single.” Redford’s Sammy was just the right combination of slick and charming, while LaChance’s George was coy and flirty, and absolutely rocked each of his outlandish looks in true Boy George style.

Equally unexpected and wonderful was Rachel Barlaam’s performance as Linda. Both in “A Note From Linda” and “Let Me Come Home” she was perfection, busting into the spotlight with sass and pipes for days. Gritty and more than a little naughty, Barlaam brought the ’80s grunge to the Wedding Singer.

The sleaze award, however, goes to James Finley, whose Glen was walking Wall Street high with money and absolutely no morals. Finley was ruthlessly focused on two things: himself and “All About the Green.” I also found it amusing that he doubled as the priest, who had more than a few wicked dance moves before the show even started.

Supporting the versatile actors on stage was a creative team equally strong and absorbing. The lighting by Brittany Shemuga was, to use a more than accurate pun, spot on. Using strung lights and color, the lighting design set not only the mood and place but prepped the room to feel the beat. I also really enjoyed Director Evan Hoffmann’s use of the tables as mini-stages for focusing on individual perspectives and letters. It was a great use of space that pulled the audience into one particular person while not moving their focus from the main stage. Choreography by Cathy Oh and Mark Hidalgo was also an impressive challenge that the ensemble took on with gusto. “Casualty of Love” highlighted this show’s ability to use dance infused with more than a little personality to bring the fun.

Celebrating their 30th year with a trip back to the ’80s, this Wedding Singer production by NextStop Theatre Company shows just how they’ve been able to bring smiles, tapping toes, and good times to the DMV for decades. A lively evening filled with music and laughter, this production certainly gives you something to sing about.

Running Time: Two and a half hours, including one 15-minute intermission. 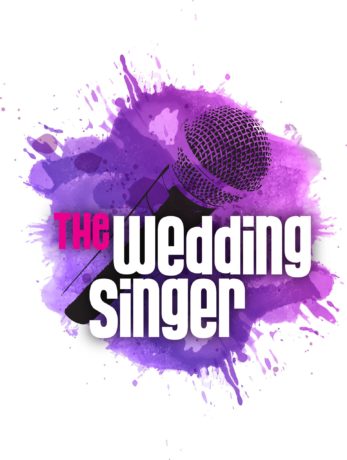 The Wedding Singer plays through October 14th at the NextStop Theatre Company – 269 Sunset Park Drive, Herndon, VA. For tickets, call the box office at (866) 811-4111, or purchase them online.