Best known for his hit NBC series Chico and the Man and his unprecedented guest appearance on The Tonight Show with Johnny Carson (he was the first comic Carson ever invited to the couch to talk after his hilarious stand-up debut on the show), Freddie Prinze was a fresh new icon of comedy in the 1970s, and a young trailblazer who broke barriers for Latino entertainers in Hollywood. Now playing a limited engagement at The Sheen Center, Prinze, created and performed by Jose Sonera (who, like his idol, was born and raised in New York and attended LaGuardia High School of the Performing Arts), pays homage to the star in an insightful, intimate, funny, and heartrending one-man show that traces the roots of his innate comedic genius, his meteoric rise to success, and his downward spiral into depression, which would lead to his growing substance abuse, addiction, and suicide in 1977, at the age of 22.

Directed by Melissa Linton and delivered by the remarkable Sonera in direct address to the audience, the first-person bio-play is set at The Improv comedy club in October 1976, a few months before Prinze’s shocking death. The script interweaves select pieces from his on-stage comedy routines, TV show, and signature one-liners (“Looking good” and “It’s not my job”) with original backstage recollections of his life, relating personal details about his family, background, and childhood, the struggles and prejudices he faced (Prinze was half Puerto Rican), and the support he received from his mother and show-biz colleagues, as he achieved fame and fortune through his hard work, dedication, and talent.

As with Prinze’s comedy, the show uses uncensored language and racially-charged humor to consider momentous issues of the period and the stereotypes and bigotry he “flipped” in his socially-conscious stand-up routines, designed to turn hatred and discrimination into laughter and awareness. While the jokes at first may be discomforting in our current politically-correct climate, they capture the pulse of the nation in his era (when “All in the Family” and “Sanford and Son” were, along with his own, the top-rated TV shows) and recognize the problems of widespread intolerance and the sensationalism of the media, which remain highly relevant today. And while the scene shifts from Improv stage to dressing room (set design by Kurler Warner) are a bit long, with Sonera repeatedly walking out of view, behind the back wall and then re-entering from the other side (perhaps a movable doorframe would provide for faster and more fluid transitions, and allow the audience to see the switch from his public to his private persona), the show is both engaging and revealing.

Sonera not only bears an uncanny resemblance to Prinze, with his ‘70s-style hair and mustache (wig design by J. Jared Janis), bellbottom jeans and striped dress shirt (costumes by Lisa Montalvo), but also delivers a striking characterization of him, recreating his familiar facial expressions, voice, and mannerisms in an empathetic and moving portrayal that is nothing short of brilliant. His high-energy tour-de-force performance is perfectly nuanced, timed, and calibrated, as the personable and driven artist, son, husband, and father slowly begins to show signs of the anger, hostility, loneliness, and paranoia that haunted him – the emotional deterioration that would result in his increasingly erratic behavior and outbursts, his self-medication with wine and drugs, and ultimately his self-inflicted death by gunshot. Along the way, Sonera subtly hints at the tragedy to come, with such well-chosen props as celebrity magazines, a bottle of wine, a pistol, a bloody towel, and the old-fashioned telephone he uses to make his final goodbye calls to his friends and loved ones. Even though we know what’s to come, he makes us care about his pain and fills us with regret for his loss.

If you’re a longtime fan of Freddie Prinze and his pioneering career, this homage to an unforgettable virtuoso of comedy and a life ended too soon is a must see. If you haven’t yet been exposed to his groundbreaking work, Prinze is the perfect introduction. 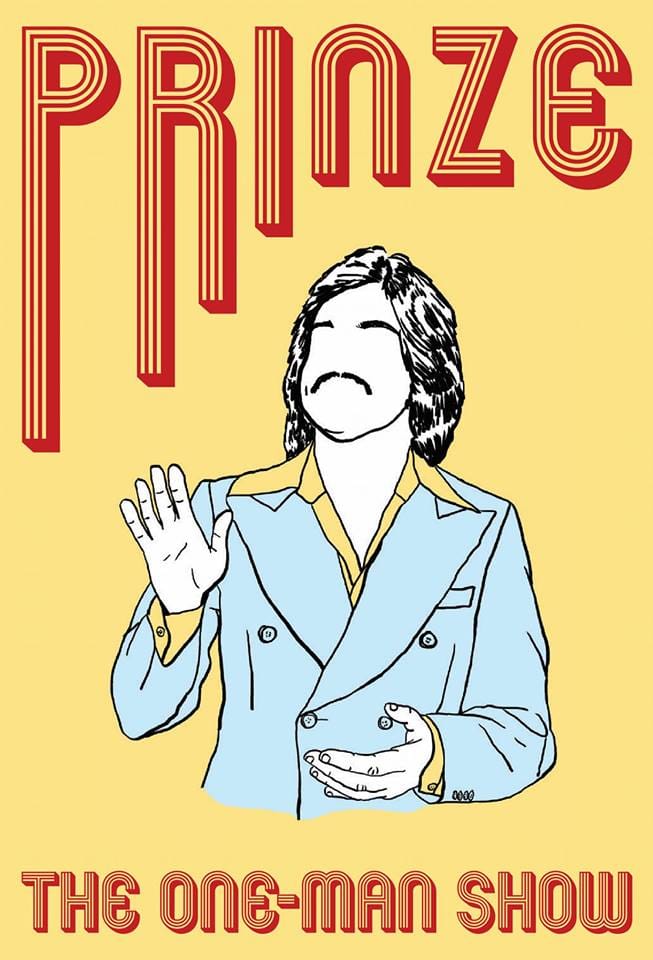