Inspired by the 1933 film classic, the new musical retelling of King Kong, by the illustrious international team of Jack Thorne (book), Marius de Vries (score), Eddie Perfect (songs), and Drew McOnie (direction and choreography), has been unleashed on Broadway – kind of like the eponymous ape is in the story, with the hopes of ill-gotten personal gain for the people exploiting him. AAAAAAAAAA!!!!!!!! Run away! Run away!

Still set in 1931, in the midst of the Great Depression, the familiar narrative travels from New York City aboard ship to Skull Island and back. But this adaptation, playing at the Broadway Theatre, makes some anachronistic updates to the format and plot, the characters and their motivations, rendering them largely unlikable and heartless opportunists, as the ambitious and liberated young actress Ann Darrow (no longer just a desperate and starving damsel in distress in a time of economic hardship) and the manipulative and evil filmmaker Carl Denham (not merely enterprising, misguided, and misleading) face character-defining choices that test not only their mettle, but also their ethics, in usurping the life of the majestic 20-foot-high 2000-pound Kong. It also brings with it the latest in post-modern technology and spectacle, all at a substantial cost – both financially (to the tune of $35 million) and to the authenticity and credibility of the epic period piece.

Combining monumental-scale puppetry with 45-axes animatronics, puppet designer Sonny Tilders, movement director Gavin Robins, and their team of more than a dozen ensemble members (who, dressed in black and visible to the audience, manipulate the limbs in traditional Bunraku style) bring life to the titular character, with Jon Hoche, amplified by Peter Hylenski‘s stellar sound design, providing the creature’s thunderous roars and softer intonations. The expressiveness of the voice and face (controlled by a team of three “Voodoo Operators” – Hoche, Danny Miller, and Jacob Williams) is nothing short of astonishing, with its heartrending “sad eyes” and enormous emotive mouth eliciting a mixture of awe, fear, and profound empathy.

But there are some issues with the design: the hairless figure looks like the plastic it is; its rigging is clearly visible, as are the shiny metal railings on its back that enable Ann to climb up to the shoulders; the on-stage company of operators (some with their faces exposed) are too often a distraction (even for those well-versed in Bunraku); and some of the key scenes (of Kong killing the giant serpent and reaching the top of the Empire State Building) are not seen, but are cut to silhouettes behind a screen or black outs and dropped curtains.

Nevertheless, the best moments in the production are when Kong takes the stage, developing a connection with Ann, becoming increasingly forlorn in captivity, pounding his chest as he makes his escape, fatefully forgiving and trusting her again, and thrilling the audience as he stands upright and walks downstage, to within feet of the front rows. So in addition to being dazzled and disquieted by his size and strength, be prepared to be moved by the hapless creature, now more anthropomorphized and sympathetic than ever before.

Unfortunately the show’s cross-temporal music and choreography present an inconsistent jumble of period styles and errant references that contribute little to the story or justify its production as a musical. There are inexplicable nods to disco, techno rock, West Side Story, An American in Paris, slow-motion, and trendy movement-based sequences, often out of synch and awkwardly executed by the ensemble, in jarring contrast with the more genuine and all-too-brief segments by the female chorus line, in glittery costumes by Roger Kirk, that evoke the ‘30s. Among the most engaging bits is a rehearsal for the Broadway debut of Kong, in which the producer/director advises his troupe that “We need to keep it in unison.” Exactly.

The uninspired performances of the lead and featured cast (Christiani Pitts as Ann, Eric William Morris as Carl, Rory Donovan as the brutish Captain Englehorn, and Erik Lochtefeld as Carl’s mawkishly sentimental assistant Lucky – a new part added to the stage version) are plagued by imminently forgettable songs and simplistic writing that are not witty enough to suggest high camp or parody, and failed attempts at humor and relevance that conflict with the era (including the use of such later expressions as “Oh, how 19th century!” and portraying Ann, who is characterized as inarticulate and untalented, as a feminist).

As with much of the production, the scenic and projection design by Peter England, with video and projection imaging content by Artists in Motion, is markedly uneven. There are scenes in which the video backdrop, physical elements of the set, and staging are flawlessly synthesized, as when the characters walk through Midtown Manhattan amidst the steel girders of new construction (with the sign and exterior of the Art Deco Broadway Theatre, where the show is playing, cleverly incorporated into the cityscape), weave with the waves on the ship to Skull Island, and Kong tramples his way through the city at a breakneck pace. Other times they are confusing and ill-suited, as in the strangely geometric wall of ropes (or vines?) the men climb to get to Ann and Kong, or the lights (by Peter Mumford) and digital imagery that are more reminiscent of Star Wars than the subject at hand.

Without doubt, there is an enthusiastic market for this kind of entertainment, but the show, with its emphasis on high-budget spectacle over high-level content and consistency, might be better suited to (and more effectively presented by) a 20-minute theme park ride or a Las Vegas attraction (or, in the case of Kong’s odd airborne scenes, the Macy’s Thanksgiving Day Parade) than a Broadway theater. With that said, there’s no question that Broadway is changing, and bringing in new audiences with a taste for something familiar (the subject) yet different (the digital-age extravaganza), whether traditionalists like it or not. But, in either case, no one could resist those eyes! 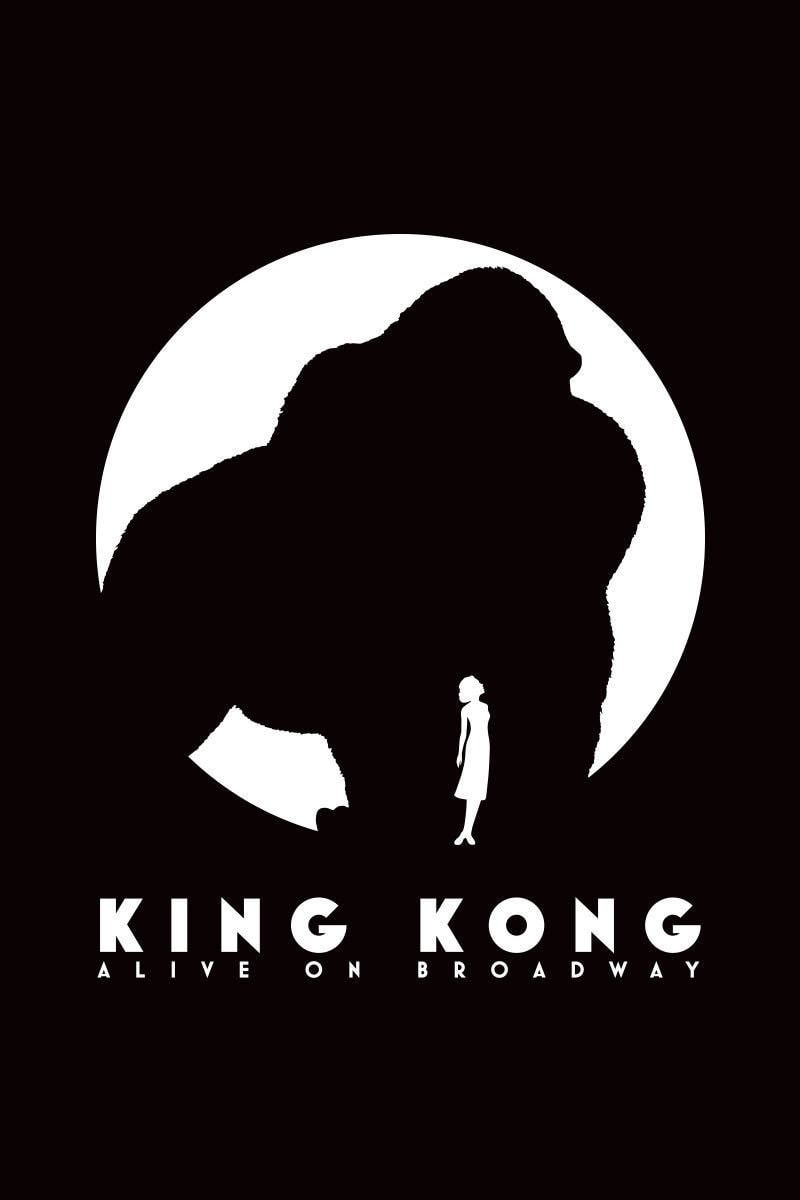