Lionel Bart’s Oliver!, produced by Maureen Rogers and directed by John Cusumano, is strutting its stuff across the boards of the Laurel Mill Playhouse. The iconic musical is based on Charles Dickens’ novel Oliver Twist, which follows the exploits of an orphan from the horrible conditions of a 19th century orphanage in London to forced child apprenticeship, to a funeral parlor and then to life on the streets with a make-shift family of young pickpockets and their father figure, the notorious Fagin. We watch as the young lad is forced to deal with some of the least savory characters in Dickens’ writings. 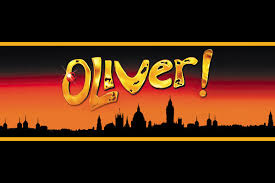 Bart’s score is filled with some of the most memorable songs of British musicals. Several have become standards, such as “As Long as He Needs Me.” The play, which ran for a long while in London and on Broadway, was made into an Oscar-winning film in 1968.

The musical starts with the number “Food, Glorious Food,” sung by Oliver and the other orphans. The children are adorable and their voices are charming and clear, helping to set the mood of the play. This group of talented children forms a memorable group whether they are playing the orphans or the gang of young thieves.

Two of the outstanding performers are part of this group: Shayna Bloom plays the Artful Dodger with panache. We only briefly realize that this is a 16-year-old young woman, not a young lad. Her number, “I’d Do Anything,” telescopes her talent.

Kelvin Dukes plays Oliver. Dukes has already been making his mark on the local music scene. From the opening scene where he shines out through the other talented kids to the curtain-call, he obviously has the potential to be a star. He is particularly moving in his solo, “Where is Love?” Alone on the stage, he carries out the haunting ballad with aplomb.

Kevin A. Wilson captures the cold heart of the menacing Bill Sikes. He chills the spine as he sings “My Name.” Daniella Hernandez-Fujigaki’s sweet voice helps to make the abused Nancy a character for whom we have great empathy. Her featured song, “As Long as He Needs Me,” moves the audience and her rendition of “Oom-Pah-Pah” helps show the character’s lighter side.

Curt Somers creates a disreputable and greedy Fagin, but still keeps his humanity as he sings “Reviewing the Situation,” or as he is teaching Oliver how to be a thief in the number “You’ve Got to Pick a Pocket or Two.”

Cusumano, in addition to directing, also portrays Mr. Bumble. He gives a strong performance along with Malarie Zeeks as Mrs. Corney as they recreate the humorous number “I Shall Scream.” A fine supporting cast is lead by Anwar-Al-Mallah as Mr. Sowerberry, Marcie Prince as Mrs. Sowerberry, Hugh Downey as Mr. Brownlow, Brittany Ransbottom as Mrs. Bedwin, Lenny Dinerman as Dr. Grimwig and an ensemble comprised of Andi Bigalow, Raven T. Hall, Marge McGugan and Marcie Prince.

Cusumano’s direction keeps all those wonderful kids in the spotlight and holds them together whether it’s during the opening number or singing the well-known “Consider Yourself” as they indoctrinate Oliver into their underground family.

The costumes by Marge McGugan and Cusumano are up to the usual fine standards that have become part of LMP’s signature. From the street urchins to the upper-class, the clothing reflects both the time and station in society.

Mimi Kuhn McGinnis is the Musical Director and also lives up to her previous work. She artfully blended these wonderful voices, and her piano accompaniment was perfect in the small theater. Miranda Snyder does a more-than-capable job as the choreographer.

Cusumano and his Assistant Director are credited with the set design and Bergman and Jen Sizer did Sound and Light Design. I really liked the use of the lanterns to create a dreary and threatening effect in Act One.

In the end, it is the fine cast of kids that are the backbone of this show and, along with the other fine actors, make this production of Oliver! well worth seeing. “Consider Yourself” lucky if you become part of this audience. It is a great show for the holidays.