Last year, Alliance for New Music-Theatre performed Protest in Dupont Underground. Regular theatergoers and people who had never been to theater alike were struck by the power of Václav Havel’s words and his prescience in bringing a theatrical world “spookily” close to our own.

[Read John Stoltenberg’s review of the 2017 production of Protest.]

Banned from public performances, activist-playwright Václav Havel wrote the play originally and mounted it as an “apartment play,” where word of mouth attracted an eager crowd who crammed into an unadorned, private home to be fed by what they so starved for: the truth.  Everyone who gathered knew both the background and the danger of what they were doing and highly anticipated the thinly veiled real characters (including Havel himself), the humorous jabs, and the steely, frightening reality of constant surveillance and manipulation of facts.

Little could they know, Havel—in his writing and joined by some colleagues who signed a protest in support of some rather shaggy jailed musicians (the event featured in the play)—would end up orchestrating the Velvet Revolution and become the first president of the post-Soviet country.

Alliance for New Music-Theatre has been invited to remount the work by the former Czech Ambassador to the US, Martin Palouš, to perform next week at Florida International University in Miami for a delegation of Czech Consuls, FIU students, and the general public. Drew Valins (Vaněk) and David Millstone (Staněk) will reprise their roles in Protest.

Director Susan Galbraith and the Alliance invite you to a one-time only “pop-up event” as the company winds up rehearsals in preparation for its mini-tour. The work is being offered as close as possible to reinvent “apartment play” excitement. But to succeed the work needs an audience!

Sunday is your only chance to experience an open dress rehearsal of this powerful work. Space is limited so come early. Stay after and join us in conversation, then enjoy the offerings of The LINE DC in its trendy, famous lobby—worth seeing. 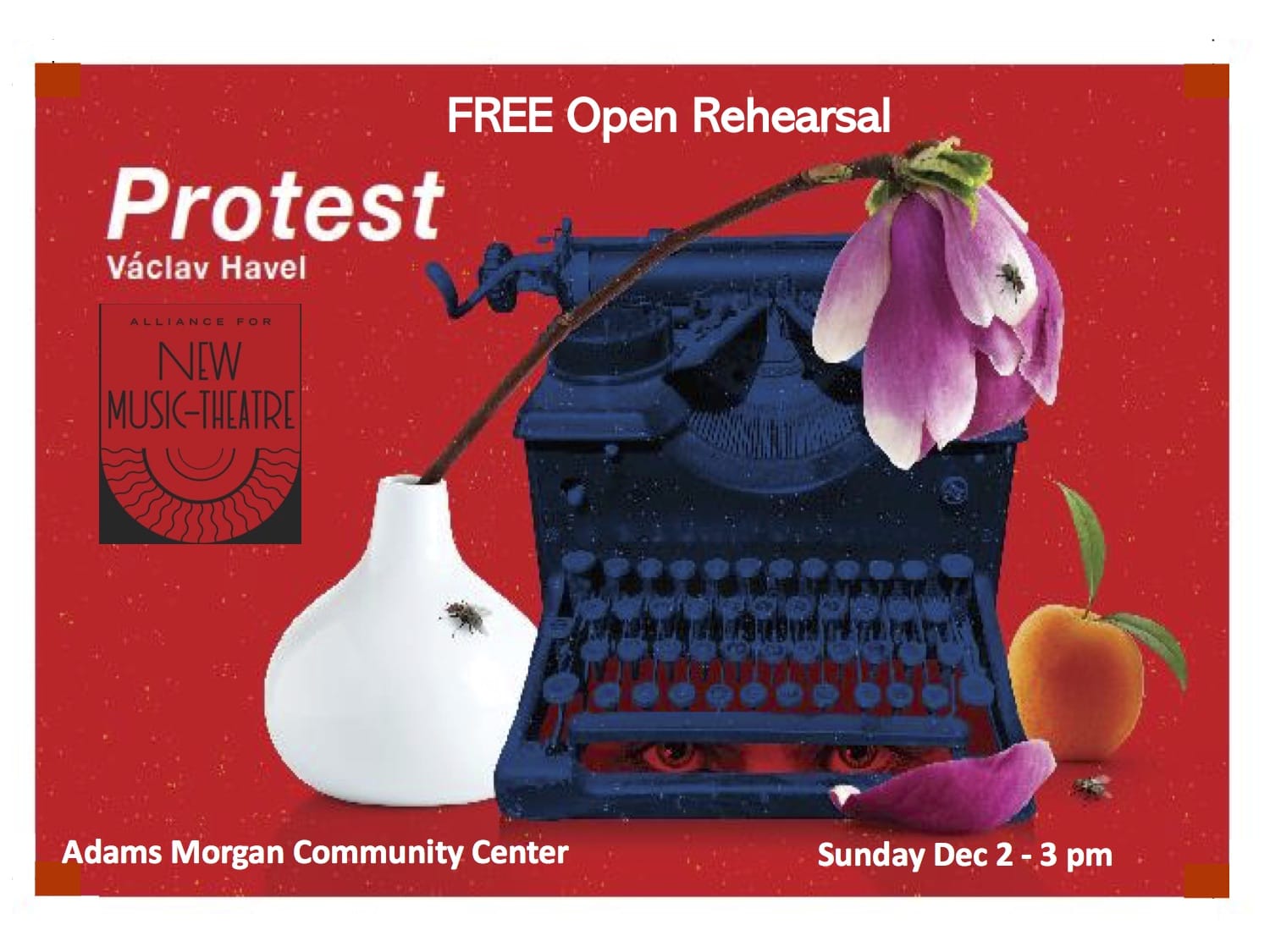 Running Time: 70 minutes with no intermission.

The Protest open rehearsal is Sunday, December 2, 2018, at 3 pm at the Adams Morgan Community Center, which is located next to The LINE DC hotel at 1770 Euclid Street NW (at Columbia Road in the Adams Morgan neighborhood).