Long Island native Joe Iconis knows better than anyone about the power of the internet to achieve fame that extends well beyond Andy Warhol’s proverbial fifteen minutes.

Following its regional premiere at Two River Theater in Red Bank, New Jersey in 2015, and a sold-out extended Off-Broadway run at The Pershing Square Signature Center earlier this year (spurred by viral videos of the show that garnered nearly 200 million hits), the sensational Be More Chill, for which Iconis created the music and lyrics, is slated to begin previews at Broadway’s Lyceum Theatre on February 13, 2019, in advance of a March 10 opening. And after a remount of his popular Two-Player Game with George Salazar this past month at Feinstein’s/54 Below, the musician/composer returns to the nightclub stage from December 14-16, with his 11th Annual Christmas Extravaganza.

Joe graciously agreed to take a little time out of his super-busy schedule for a fifteen-minute Warholian Pop interview about the approaching holidays, his upcoming shows, and his phenomenal fame with the success of Be More Chill.

Joe: The food. The abundance of food. All the food. I come from a big Italian family, so when I come home for the holidays there’s food in every room, in every corner. Pasta, meats, cheeses, fried meat – food everywhere

“Christmas (Baby Please Come Home),” which is our finale.

It feels like home because of the people who work there and the intimacy of the club.

Oh, what’s a good thing to say? Anything from Fine and Dandy in NYC. A gift certificate to Minetta Lane Tavern or Sardi’s. The Stranger Things coffee-table book. Things that are maple- or pumpkin- or Sriracha-flavored. Pickles.

Yes, it’s to have a show on Broadway.

Yeah, for every year up until this one, my resolution was to work really hard and not to get a show on Broadway, so I always kept that.

I think that the bottle is really appealing because it’s so dark and heavy, so there’s a tension with the light bubbly stuff that comes out. I really relate to the bottle.

8. Are you more like Jeremy, Michael, or Jeremy’s Dad from Be More Chill?

I am a combination of all three, I think. I only wear pants when I have to.

9. Would you have taken the Squip when you were a teenager?

I never would have, I would have been too scared. I was not a very brave teenager.

10. What’s the best thing about friends and family?

It’s nice to feel like you’re part of a community.

11. What, or who, has been the biggest inspiration in your career?

I have so many; let’s say the first five that pop into my mind. Robert Altman, William Finn, The Muppets, Dolly Parton, and Don Draper.

12. What comes first – the music or the lyrics?

14. What one song have you written that most accurately expresses who you are?

15. What do you love most about being famous?

I definitely don’t think of myself as famous, but if I did, the best part would be being able to be falsely modest in interviews.

Thanks, Joe, for sharing a fast and lively 15 minutes with us! Best wishes for the holidays, for your well-deserved fame [oh yes you are!], and for much continued success in the future. 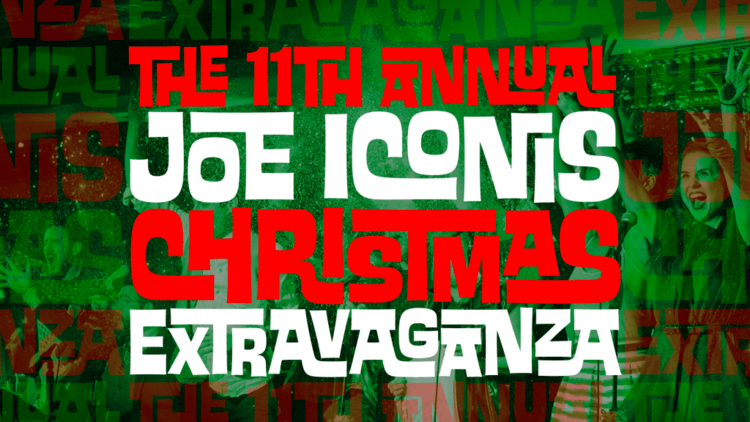