A biographical jukebox musical about a Pop icon who’s lived her life in the public eye since the age of sixteen, The Cher Show, making its Broadway debut at the Neil Simon Theatre, has all the glitz and glam you’ve come to expect from the star, but little to offer in terms of new information or surprises. If you’re a longtime fan (which I have been since childhood), you already know the music, the fashions, the deadpan humor, and the key events of Cher’s life, so it presents a welcome reminder and enjoyable recap of what you’ve loved about her larger-than-life persona of the past six decades (hard to believe, but she’s now an ageless 72). If not, you’ll get a two-and-a-half-hour crash course in her half-century-plus career, jam-packed with surface dazzle but not a lot of depth.

Directed by Jason Moore, the show, with book by Rick Elice, employs the same format as SUMMER: The Donna Summer Musical, with three different actresses playing the titular figure at three different stages in her development, and each referred to by a descriptive title. Often appearing on stage at the same time, conversing with each other, and singing duets and trios (as in SUMMER), the look-alike sound-alike ‘Chers’ represent the young “Babe” (portrayed with youthful uncertainty and precocious talent by Micaela Diamond in her Broadway premiere), the adult “Lady” (Teal Wicks, enacting the ups and downs of her burgeoning celebrity status in show biz), and the mature “Star,” who also serves as narrator (the uncanny Stephanie J. Block, whose impersonation is spot-on, delivering the powerhouse contralto vocals and acerbic one-liners, assuming the familiar poses, gestures, and facial expressions, and capturing the self-empowered attitude of the increasingly independent and feminist “Goddess Warrior”).

Instead of providing her huge fan base with any true revelations, the story is more of a “turn back time” retrospective that traces the highlights, defines the decades, and recalls the people who had a significant impact on her, all connected by three dozen of her hit songs (with Sonny and without, performed in full or in snippets). The numbers (with music direction by Andrew Resnick, music coordination by Dean Sharenow, and music supervision, orchestrations, and arrangements by Daryl Waters) are often inserted out of sequence (e.g., the young shy Cher and her mother sing “Half-Breed” at a time when her schoolmates in California teased her about her paternal Armenian heritage, years before the song was written) to relate them to the episodes and feelings recounted in her memories. All of the blockbusters are there, from such Sonny and Cher classics as “I Got You Babe” and “All I Ever Need Is You” to her later solo performances, and three of the songs – “Believe” (one of the first recordings to employ Auto-Tune technology), “The Beat Goes On,” and “You Haven’t Seen the Last of Me” – express the show’s over-riding message of the perennial star’s ongoing journey of developing confidence and belief in herself, along with the ability to reinvent herself on stage, in song, and on screen (earning her Grammy, Oscar, and Emmy Awards), as times, tastes, and circumstances change.

Enhancing the dominant music is lively period-style choreography (by Christopher Gatelli), including a show-stopping dance performance by Ashley Blair Fitzgerald as “The Dark Lady;” a flashy and colorful set (by Christine Jones and Brett J. Banakis), lighting design (Kevin Adams), and projections (Darrel Maloney) that recreate the look and feel of the Pop Sixties and the disco era; and a spectacular parade of costumes by Bob Mackie – Cher’s real-life designer and a supporting character in the show, played with pizzazz by Michael Berresse. Other standouts among the featured cast are Emily Skinner as Georgia Holt, Cher’s free-spirited mother whose good advice and support often come with reality checks and passive-aggressive jibes; and Jarrod Spector as an equivocal Sonny Bono, easygoing in the public eye, but ambitious, controlling, and temperamental behind the scenes, willing to be the butt of Cher’s derogatory jokes to attract an audience for their comedy show, but unwilling to include her as a shareholder in Cher Enterprises.

What is largely missing from the story is the star’s acknowledgment of her enjoyment or gratitude (beyond taking control in a male-dominated industry) of the enormous fame and fortune she’s amassed (though there is a running poor-me theme of how hard it’s been, how much time she’s had to put in, how much she’s sacrificed, and how much she’s had to overcome) and any recognition that, although she’s had challenges in her life (as everyone does), she’s reaped bountiful rewards for her hard work (which not everyone does). The absence of her post-infancy relationship with her children (though her mother and the men in her life are given a lot of stage time) and of her multiple cosmetic-surgery procedures is also surprising, considering how extensively they’ve been covered in the media and how they might have offered an opportunity to delve beneath the glittery surface, into the thoughts, emotions, and motivations of the woman. Nor is there any mention of her outspoken political views, philanthropy, or social activism for important causes, both national and international, which would have brought more dimensions to her character and elicited greater sympathy and support for the charitable work she does for the benefit of others.

Is The Cher Show an eye-popping and entertaining look at the life and career of the legendary performer, loaded with her fans’ favorite songs and familiar performances? Yes it is. But it could have been a whole lot more. 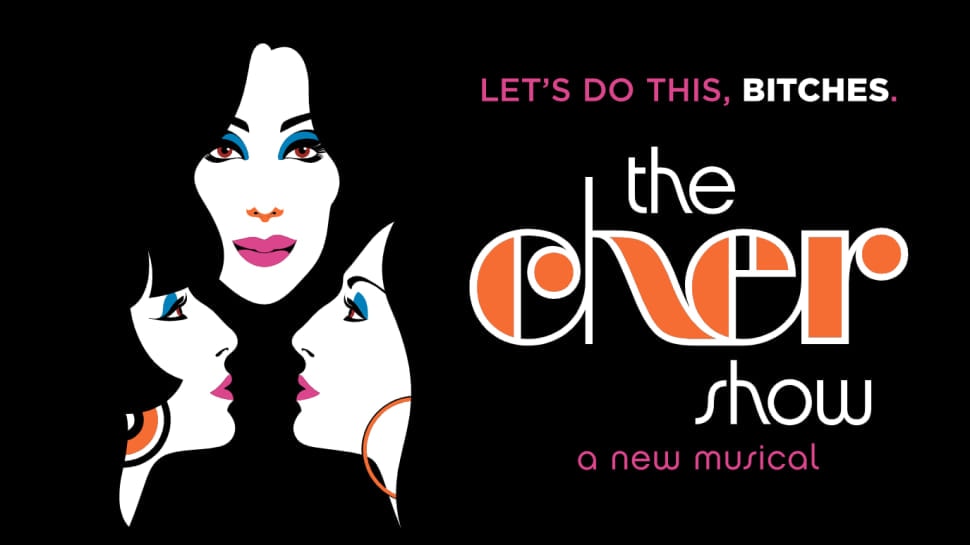