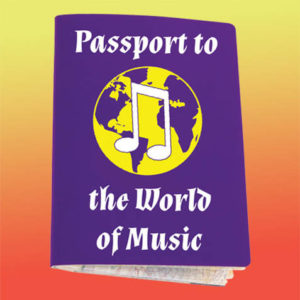 Creative Cauldron invites you to join them on a musical tour of the world in their intimate cabaret space, with a diverse musical lineup specially curated by Ken Avis and Lynn Veronneau of the Wammy Award-winning jazz samba group Veronneau. Enjoy blues, jazz, Latin, fusion, bluegrass, folk and a musical experience only the well-traveled know. Opening January 5, Creative Cauldron’s 8th installment of the “Passport to the World” concert series promises another first-rate music festival that allows you to travel the world without ever leaving Falls Church! Festival lineup and ticket information below.

Seven Voices: A Tribute to Patsy Cline
Saturday, January 5th at 7:30 PM: Patsy Cline was one of the most influential and acclaimed vocalists of the 20th century and a true pioneer for women in the music industry. Vocalists Jess Eliot Myhre (Bumper Jacksons), Lauren Calve, Maureen Andary (The Sweater Set), Karen Jonas, Brian Farrow, Ahren Buchheister, and Pat Puglisi pay tribute to Virginia’s country music icon in a night of song and story.

Cecily: “Cecily Salutes DC”
Sunday, January 6th at 6:30 PM: A D.C. native, Cecily has opened for award-winning artists like Gregory Porter and Jose James. In 2017, Cecily and her band were invited by the US Embassy to perform in Colombia at the VI Annual Mompox Jazz Festival. Now, she’s dedicating her talents in soul music and storytelling to explore the contributions D.C. has made to the music scene. Look forward to songs by Duke Ellington, Gil Scott-Heron, and Roberta Flack.

Ken & Brad Kolodner Trio with Rachel Eddy
Friday, January 11th at 7:30 PM: World-class old-time and bluegrass virtuosos, and stars of last year’s Passport Festival, the Kolodners are pushing the boundaries of their genre with father Ken’s renowned skills on the fiddle and hammered dulcimer and son Brad’s rising fame as a clawhammer banjo artist. Ken & Brad are joined by one of the stars in the old-time music scene, Rachel Eddy.

Louisa Hall, Crys Matthews, Heather Mae
Saturday, January 12th at 7:30 PM: Passport to the World brings together three D.C. area songwriters who have won awards and have performed at festivals and venues as diverse as the Sundance and Telluride, New York’s Lincoln Center, the Kennedy Center and the 9:30 Club. Powerhouse vocals, thought-provoking and change-inspiring lyrics, and throughout it all, a sense of humor.

Disco Grass
Sunday, January 13th at 6:30 PM: Here is an eclectic performance. Get ready to hear virtuoso bluegrass musicians led by the Bumper Jacksons’ Chris Ousley, with vocalist Be Steadwell, tearing up on disco music of the ’70s. This is a take on some popular classics you’re sure to only find with Disco Grass. Big Fun!

Shenandoah Run
Friday, January 18th at 7:30 PM: Shenandoah Run returns to the Cauldron for a night of brilliant folk musicianship that gathers fans from all around. This nine-artist band offers performances with a mix of harmonies, duets, trios, and solos that showcase the stellar individual talents of each performer in folk arrangements that will keep audiences clapping and cheering all night!

Rose Moraes sings Jobim
Saturday, January 19th at 7:30 PM: Audiences across the world know Rose Moraes for her soulful performances as a Brazilian vocalist. She’s performed at DC landmarks like the Library of Congress and Blues Alley, as well as internationally. Now, Moraes brings a powerful, contemporary interpretation to the legendary bossa nova of Antonio Carlos Jobim in a night of passionate Brazilian song.

Cristian Perez Quintet – featuring Emanuel Trifilio (bandoneon)
Friday, January 25th at 7:30 PM: “South America, from Cumbia to Tango and beyond” – the music of migration. A high-energy, virtuoso night of music from South America.  Cristian Perez is one of D.C.’s foremost guitarists and composers. A graduate of Strathmore’s prestigious Artist-in-Residence program, Cristian will perform with leading Argentinian tango player Emanuel Trifilio, and his international band of musicians.

Big Howdy Band
Sunday, January 27th at 6:30 PM: Progressive bluegrass, with a nod to the past and an eye on the future. Featuring Randy Barrett, Dede Wyland, Ira Gitlin, and Tom McLaughlin.

Irene Jalenti – Jazz Homage to the Beatles
Friday, February 1st at 7:30 PM: One of the most sultry voices around. Italian-American Irene Jalenti performs her acclaimed Blues Alley jazz interpretations of the Beatles with her fabulous band.

Passport to the World of Music, sponsored by the Eden Center, performs from January 5 through February 2 at Creative Cauldron at ArtSpace Falls Church, 410 South Maple Avenue, Falls Church, VA. For tickets, call the box office at 703-436-9948 or go online.

About Creative Cauldron: Creative Cauldron is a non-profit arts organization whose innovative programs in the performing and visual arts embody collaboration, experimentation and community engagement. Creative Cauldron was founded by Producing Director Laura Connors Hull in 2002. In June of 2009, Creative Cauldron acquired a permanent home in ArtSpace Falls Church, a 3,000 square foot flexible arts space that provides a venue for year-round classes, live performances of theater, music and dance and visual art exhibits. Programs are presented in part through grants from the Virginia Commission for the Arts, The National Endowment for the Arts, the Arts Council of Fairfax County, the City of Falls Church and the Little City CATCH Foundation.