Avant Bard theatre is proud to announce the 2019 edition of Scripts in Play Festival, its signature play-reading series, February 8 to 24, 2019. This year’s selection features seven plays over two weekends followed by a weekend-long encore presentation of the 2018 Capital Fringe hit A Two Woman Hamlet in full production. 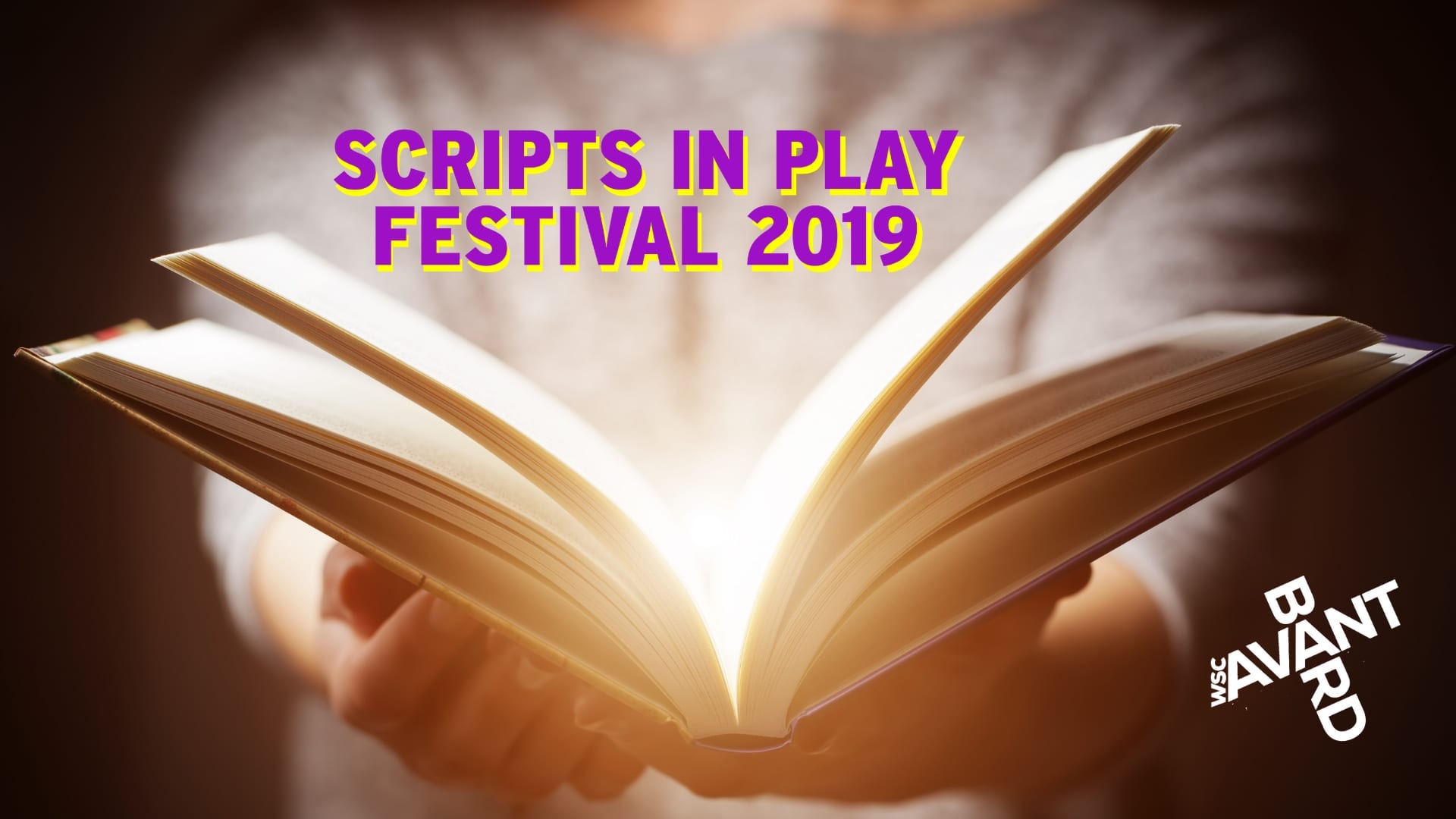 Since 2016, Avant Bard’s Scripts in Play Festival has been a showcase and testing ground for fresh scripts with programming potential, presented by rising local professional talent. Five works have already gone on from Scripts in Play readings to full production by Avant Bard: The Good Devil (in Spite of Himself); the Helen Hayes Award-nominated TAME.; Emilie: La Marquise du Châtelet Defends Her Life Tonight; Illyria, or What You Will; and A Misanthrope, upcoming in spring.

“Our Scripts in Play audiences really help shape who we are as a theatre company,” said Artistic and Executive Director Tom Prewitt. “We listen closely to their feedback during these tryout readings and weigh it carefully when programming our seasons. In that sense attending Scripts in Play events can be an exciting insider experience.”

Avant Bard’s mission is to produce classic works, both time-tested and contemporary, and accordingly the eight works chosen for this year’s festival share a common theme: “The past reprocessed, classics retooled for today.”

“Scripts In Play is a great time to explore what makes an Avant Bard play, what it means to be classic,” said Director of Audience Engagement Quill Nebeker, who curated this year’s festival with input from a select reading team of directors and other theater artists. “So we’ve paid special attention to picking plays that have engaged the past in an original and provocative way—and we’re all ears to hear how they sound to our creatively curious theatre lovers.”

A body rots in the sun. A girl takes a stand against the new regime. What is she fighting for? How far can she go? A collision of Sophocles’ masterpiece and modern America, a mixed-media myth for modern times about fear, tyranny, justice, revolution, revelation, and hope. From Matt Minnicino, author A Misanthrope, the 2017 Scripts in Play Festival favorite that will cap off our 2019 mainstage season.

What if, instead of dying tragically at the end of the play, Shakespeare’s heroines had a place where they could all meet and form lasting friendships? A neutral ground free from war, from bumbling priests and conniving villains, a place with…capture the flag? In Tragedy Averted, Cordelia, Desdemona, Juliet, and Ophelia meet at a summer camp with a dark secret that will force them to find strengths and friends they didn’t know they had. Written by viral Washington Post humorist and current Welder Alexandra Petri.

Hercules in Russia
By Allyson Currin
Directed by Doug Robinson

Another rebellion is not what Jim Hercules needs. Hercules in Russia tells the true story of a free black man born in the Reconstruction South who has fled to Russia to escape the demons of his history in America, finding a new life as a royal guard in the court of Nicholas II. As the specter of revolution looms over his adopted motherland, Hercules must weigh past against present, head against heart, and loyalty against justice. Written by Allyson Currin, two-time Helen Hayes Award nominee, former Welder, and author of Caesar and Dada, produced by Avant Bard in 2013.

Here’s what we know: Expressionist playwright Ernst Toller, whose poems and plays were burnt in the first fires of the Nazi regime, was exiled to America. We know that while living here, he had a secretary named Ilse Burroughs, wife of Beat Generation icon William S. Burroughs. Here’s what we don’t know: Did the two writers ever meet? Here’s more we don’t know:  What duty does art have to the people? What is the role of poetry in resistance? And can words change the world? Three Suitcases is a sharp, passionate turn of speculative fiction from Richard Byrne, who wrote the book and lyrics for Nero/Pseudo, produced by Avant Bard in 2014.

Best known (unjustly) as the model behind many of Picasso’s most famous portraits, Dora Maar was already an extraordinary photographer long before Pablo entered the frame. As a surrealist, she made it her art to find the latent truth hidden in the inner workings of the mind. As a photographer, she made it her mission to document and combat the rise of inequality and fascism. Adoration of Dora is her story, told in dreamy snapshots inspired by her art. It was written by West Coast playwright Lojo Simon and won the 2012 David Mark Cohen National Playwriting Award. Adoration of Dora is presented in special partnership at the Fred Schnider Art Gallery in Clarendon to explore the intersection of theatre and visual art.

Ada and the Engine
By Lauren Gunderson
Directed by Rebecca Speas

Augusta Ada King, the only legitimate child of the amorous poet Lord Byron, had a love of her own: mathematics. Well, that…and a certain polymath-inventor, Charles Babbage, famous as “the father of the computer.” It’s true Babbage invented the hardware—the Analytic Engine—but the language, the song, the soul of the thing, the programming—that was all Ada, baby. From prolific playwright Lauren Gunderson, author of last season’s inspirational Emilie: La Marquise du Châtelet Defends Her Life Tonight, comes another whimsical scientific history that once again proves the future is, and has always been, female.

No matter how many Hamlets you’ve seen, you have never seen it like this: two women, armed with nothing but a fake skull, a real shovel, and a lot of imagination, perform Shakespeare’s classic play. Sounds far-fetched? The Washington Post called it “ingenious…a production whose approach is all about turning limits into opportunity.” DC Metro Theater Arts called it “hilariously entertaining…something I’d not imagined was possible to do.” A weekend-long encore of the Capital Fringe hit, A Two Woman Hamlet is presented as a full production at a Pay What You Will price.

Avant Bard’s 2019 Scripts in Play Festival runs February 8 to 24, 2019, at Gunston Arts Center, Theatre Two, 2700 South Lang Street, Arlington, VA 22206. (Except the February 16 reading, of a play about art, will at Fred Schnider Art Gallery, 888 North Quincy Street, Arlington, VA 22203.) The seven play readings are free, no reservations required. The performances February 22 to 24 of A Two Woman Hamlet are Pay What You Will, with advance reservations online recommended. For more information email info@avantbard.org or call 703-418-4808.