Presented by the Ensemble for the Romantic Century in a limited engagement at The Duke on 42nd Street, Maestro, written by Eve Wolf (the company’s Founder and Executive Artistic Director), examines a key period in the life of the internationally-acclaimed Italian conductor Arturo Toscanini (1867-1957), who took a public stand against the growing threat of Fascism and anti-Semitism in the 1930s. In the ERC’s signature style, the interdisciplinary work, directed by Donald T. Sanders, combines live chamber music with historical research, theatrical performance, pre-recorded audio segments, and video projections designed to illuminate and to contextualize the experience. Unfortunately, the result here is a disjointed presentation that lacks the cohesive flow of a biographical drama, a traditional full-length concert, or even an academic lecture.

John Noble stars as Toscanini, donning a conspicuous wig and mustache, feigning an accent that is not distinctly Italian, and creating a one-dimensional characterization that is largely unlikable. His maestro is temperamental and intense, as he not only rails against the Fascists of his era (refusing to perform in Mussolini’s Italy or Nazi Germany, conducting concerts in Palestine, and relocating to America, where he would serve as Music Director of the Metropolitan Opera, the New York Philharmonic, and the NBC Symphony Orchestra), but is equally insulting and disrespectful to his musicians and his wife, in snippets of direct-address monologue that the playwright gleaned from extant correspondences to his much younger lover (Italian pianist Ada Mainardi) and his published letter to the editor of Life magazine.

Noble’s fragmentary scenes are interspersed with pieces played by a live virtuoso chamber orchestra (Mari Lee and Henry Wang on violin, Matthew Cohen on viola, Ari Evan on cello, Zhenni Li on piano, and Maximilian Morel on trumpet), masterfully performing a selection of relevant classical works from the 1850s to the 1930s, along with Morel’s original arrangement of George Gershwin’s jazz-influenced Rhapsody in Blue (with the unmodulated sound of the trumpet at an ear-piercing level for those seated in the first rows of the audience), and appropriately scratchy recordings of period music and a radio newscast on World War II (featuring the voice of Paul Sorvino). They are augmented by shifts in lighting (by Beverly Emmons and Sebastian Adamo) that signal the transitions between segments; projections (by David Bengali) of evocative visual imagery in the background – sometimes historical, sometimes abstract (the falling shards of glass symbolic of Kristallnacht are especially haunting) – and running texts that identify the dates, locales, and events (often missed by the viewers when focusing on the performers); and a minimal scenic design and costumes (by Vanessa James) with suggestions of the era.

Maestro is most successful in its contrast between the expressive beauty and power of the music and the ugliness of bigotry and war, in the creative versus the destructive behavior of humankind. In essence, it is more effective as a moralizing mood piece than a narrative. And the production is generally slow-paced, long, and redundant (most notably, the repetition of Toscanini’s hot-headed interactions with the musicians at the beginning of both acts); its obvious anti-war/anti-discrimination message could have been delivered much more succinctly and with much greater fluency. 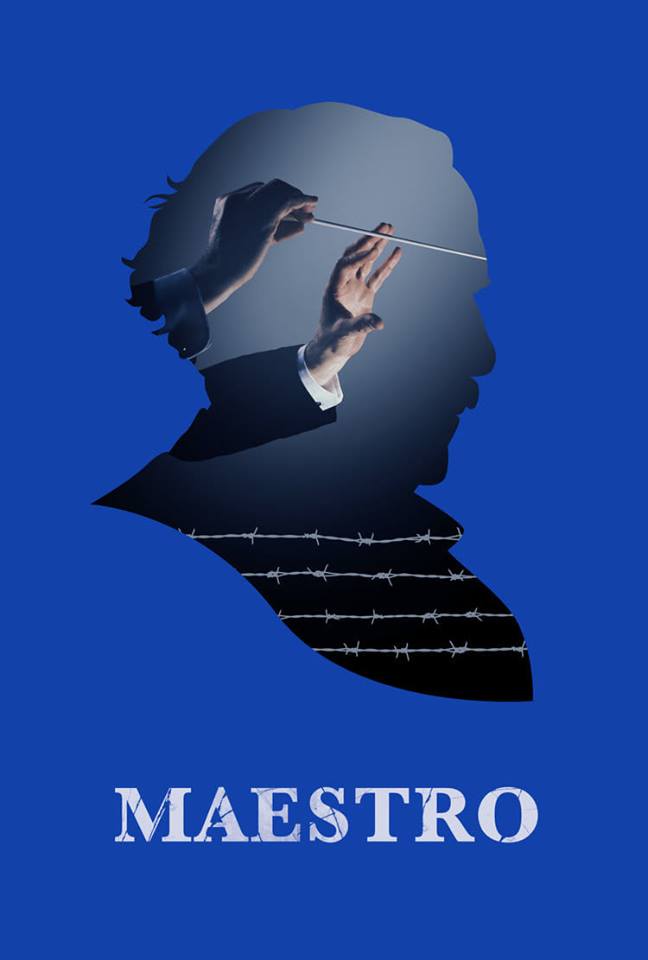