The original operatic take on the popular gay dating app was nominated in five categories (Best New Musical; Best Male in a Musical; Best Musical Production; Best Sound Designer; and Best Set Designer), following its extended sold-out run in 2018, at Above the Stag Theatre – the only full-time professional LGBT+ theater in the UK, with a mission of producing LGBT+ themed work, including new writing, musicals, and revivals. Ransom’s blockbuster hit, presented as a staged musical reading at Pangea in New York in the summer of 2017, returned to the Vauxhall venue in London this January for another engagement, which has now been extended through February 23.

In addition to his work as a playwright and composer, who also contributed the critically-acclaimed lyrics for the Off-Broadway musical The Anthem, Ransom is an active singer, musician, and actor, known for his appearances in the Amazon Prime series Tainted Dreams, the indie film Happy Yummy Chicken, and his numerous stage performances in both New York and Philadelphia. Upon receiving news of the award, Ransom told me that he “couldn’t be more grateful to the incredible Above the Stag family for polishing this musical into such a gem. I’m so hono(u)red that, with my first international production, Above the Stag and I both acquired our first Offie.” He added, “On a personal note, I grew up thinking I would need to conceal my sexual orientation to succeed in the entertainment industry. It’s beautifully ironic that I’m now being celebrated for leaving the world a gayer place than I found it!”

Heartfelt congratulations to New York’s own Erik Ransom for the international recognition of his outstanding talents with a prestigious British Offie. If you’re planning a trip to London this month, be sure to catch a performance of his ingenious, hilarious, and poignant GRINDR: The Opera at Above the Stag. If not, let’s hope that a full-stage production of this award-winning work will soon come to NYC, where it all began. 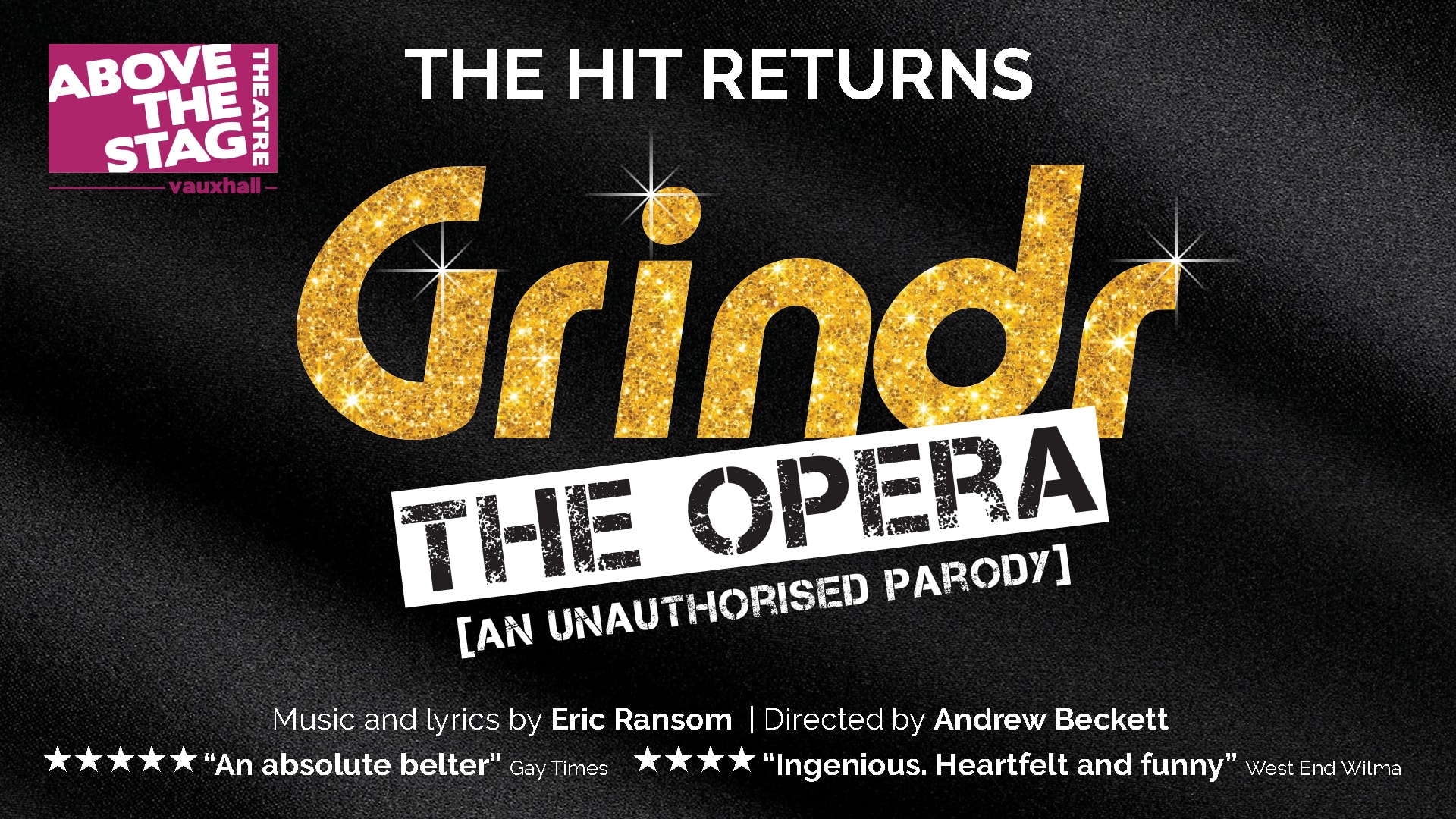 GRINDR: The Opera plays through Saturday, February 23, 2019, performing at Above the Stag Theatre – 72 Albert Embankment, Vauxhall, London. For information and tickets, go online.