Absolutely everything is right about the transfer of Mischief Theatre’s award-winning Broadway production of The Play That Goes Wrong to its new Off-Broadway home at New World Stages. While “non-stop laughs” has become something of a hackneyed soundbite, here it’s a 100% accurate appraisal of this hysterically funny British farce of the highest order; literally not a minute goes by in which the audience – myself included – isn’t howling, from before the show officially begins until the final bows. So be sure to be in your seat early, and don’t forget to read the program, so you won’t miss the clever pre-show set-up of what’s to come.

Written by the uproarious Mischief team of Henry Lewis, Henry Shields, and Jonathan Sayer, and directed with full-out zaniness by Matt DiCarlo (following the original Broadway direction by Mark Bell), the self-referencing theatrical spoof (which, for its world premiere in London, won the prestigious Olivier Award for Best New Comedy in 2015) is in the format of a play-within-a-play, in which a university drama society presents a fictitious 1920s mystery called The Murder at Haversham Manor. When an unending series of “minor mishaps” wreaks havoc on opening night, the amateur cast and production team take the old maxim “the show must go on” to the extreme and continue their disastrous performance with diehard commitment till the sidesplitting end.

The show’s laugh-out-loud lunacy encompasses everything from mispronunciations, misplaced props, and mismatched action and dialogue, to missed cues, misaligned spotlights, and a malfunctioning set, along with an array of witty wordplays, sight gags, spit takes, slapstick, and pratfalls. For all of the faux calamities to be believable, the timing must be impeccable, and it is, as executed with aplomb by a game ensemble that never misses a beat in the increasingly rapid-fire misfires, and never fails to trigger guffaws from the audience with the laughably convincing ‘bad performances’ of the nonprofessional characters (which is perhaps the most difficult challenge for the terrifically talented actors). There is not a weak link in the entire production – a true ensemble piece, in which every role is integral to the hilarious pandemonium and embodies the feigned exasperation, stage fright, blown lines, hamming it up, and overacting, and everyone in the cast (Ryan Vincent Anderson, Brent Bateman, Bartley Booz, Damien Brett, Matt Harrington, Bianca Horn, Chris Lanceley, Ashley Reyes, Matt Walker, and Maggie Weston) works flawlessly with one another and with the behind-the-scenes team, or it would, indeed, be a play that goes wrong.

Nigel Hook’s Tony Award-winning set design, which plays a central part in the parody, doesn’t suffer from the smaller Off-Broadway venue and stage. It actually benefits, offering a more up-close and intimate experience for the entire audience, along with better sightlines from the side seating, free from the obstructions of the larger tri-level Broadway house and boxes. Costumes by Roberto Surace evoke the era of Haversham Manor and contribute to the overall silliness of the show, as do Jeremy Cunningham’s lighting design and Beth Lake’s sound (N.B., the original Broadway production featured lighting by Ric Mountjoy and sound by Andrew Johnson).

If you love to laugh, then The Play That Goes Wrong is the right choice for you. It is escapist comedy at its most outrageous, so plan your escape now to New World Stages to enjoy the Off-Broadway engagement of this irrepressible hit. 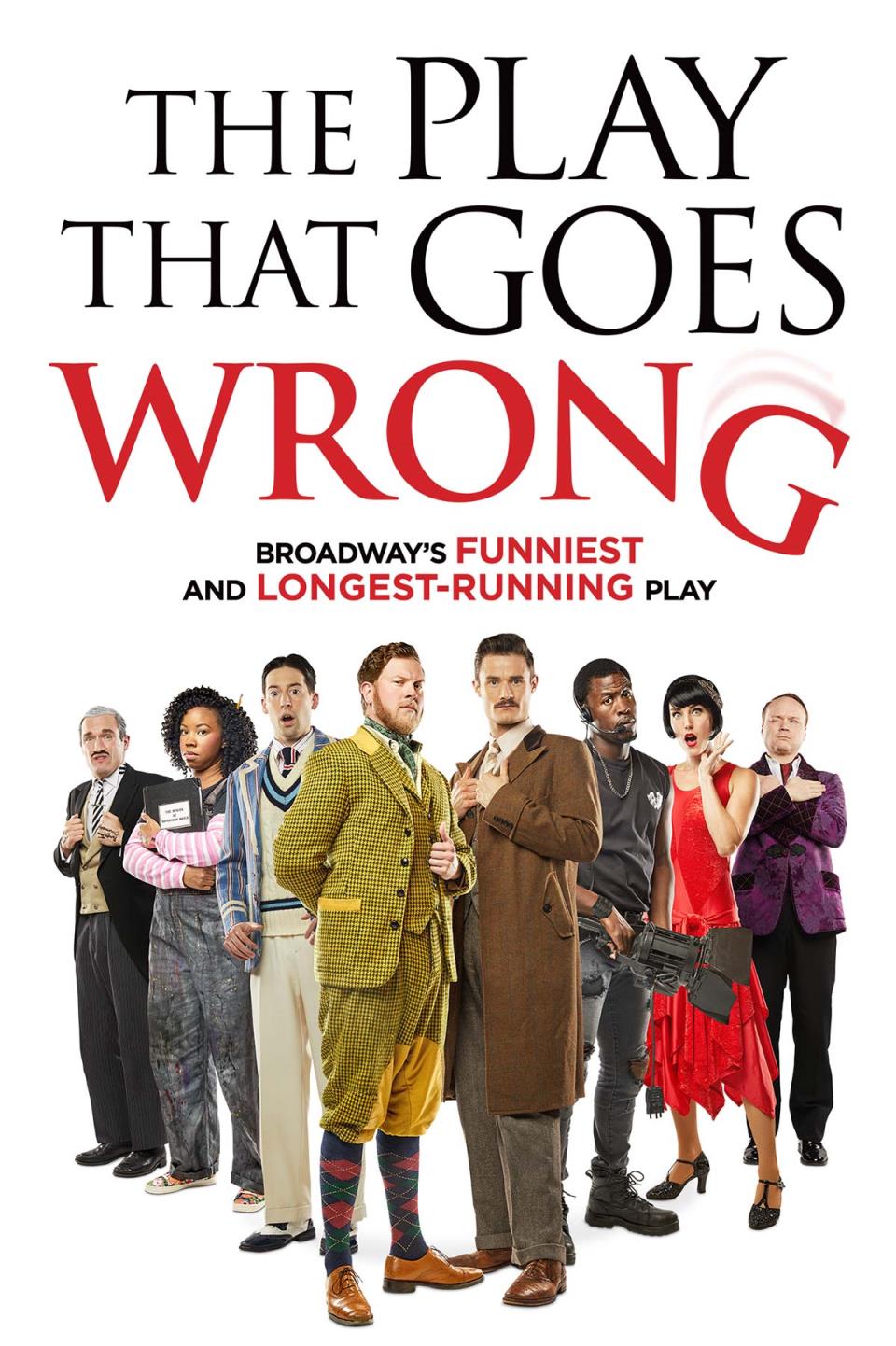 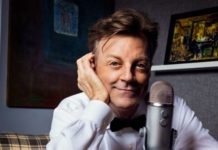 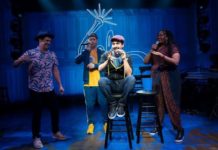