One of the all-time greatest vocal groups from the golden age of Motown in the 1960s, The Temptations topped the charts with such iconic R&B and crossover hits as “The Way You Do The Things You Do,” “My Girl,” “Get Ready,” “Ain’t Too Proud To Beg,” and “Just My Imagination (Running Away With Me),” garnering a total of 43 Top Ten records, fourteen #1 singles, three Grammy Awards, inductions into both the Grammy Hall of Fame and The Rock N’ Roll Hall of Fame, and a star on the Hollywood Walk of Fame, among other honors. To that impressive list they can add a new Broadway musical, Ain’t Too Proud, with a book by prize-winning playwright Dominique Morisseau and a score featuring music and lyrics from The Legendary Motown Catalog, now playing an open-ended engagement at the Imperial Theatre.

Based on Temptations – the 1988 memoir by founder and last surviving original member Otis Williams (with Patricia Romanowski) – the jukebox musical traces the group’s history, from its doo-wop origins on the street corners of Detroit (where the young transplants from the South first met), to its heyday with Berry Gordy, Smokey Robinson, and Shelly Berger at the Motown studios and beyond (with concert tours to the biggest venues in the US and TV appearances on the most popular shows of the era), through the ups and downs of the group’s dynamics and personal lives, to the last years and deaths of the individual singers. All of the recollections and events in the real-life story are recounted from the perspective of Williams, whose character provides reflective narration and commentary, interspersed with a total of 31 blockbuster musical selections by the group and its famous contemporaries, chronologically presented to give a clear picture of the trajectory of the figures, the evolution of their music, and its relationship to the times.

Director Des McAnuff (a two-time Tony Award winner) sets a fast pace and fluid continuity throughout the scenes and the songs (with orchestrations by Harold Wheeler and music direction and arrangements by Kenny Seymour). And a cast full of triple threats maintains the high energy and spirited mood of the show (both elated and troubled), capturing the personalities and stage presence of the characters (in the phenomenal explosion of their careers and destructive implosions of their infighting, which resulted in the removal and replacement of over 20 singers in the history of the still-active act) and delivering electrifying performances of their signature harmonies, solos, and moves.

In the starring roles of The Temptations (during the time of their “Classic Five” line-up) are Derrick Baskin as Otis, the group’s unofficial leader and success-driven troubleshooter who forsakes his underage wife and son for his flourishing career on the road; Jawan M. Jackson as Melvin Franklin, a deep and resonant bass who tries his best to keep the peace among the embattled singers; Jeremy Pope as Eddie Kendricks, whose soaring falsetto and combative attitude make him a favorite, as much as a problematic, part of the group; James Harkness as Paul Williams, a polished tenor and longtime friend of Kendricks, who begins to self-medicate with alcohol as his health begins to deteriorate; and Ephraim Sykes as David Ruffin, “a diamond in the Ruffin” with spectacular lead vocals, microphone tosses, and acrobatic splits that wow the audience, but an out-of-control ego, habitual lateness, and drug problem that infuriate the group and their manager.

As impressive as their believable characterizations and extraordinary vocal talents (another highlight is ensemble member E. Clayton Cornelious’s show-stopping solo on “Gloria”) is the cast’s dazzling execution of Olivier Award winner Sergio Trujillo’s killer choreography, which replicates the group’s famously smooth moves, tight synchronicity, and distinctive ‘Temptation Walk’ (or ‘Temptation Strut’) – all performed with spot-on finesse. The male leads are supported by a trio of women with powerhouse voices, whose portrayals of The Supremes (Candice Marie Woods as Diana Ross; Nasia Thomas as Florence Ballard; and Taylor Symone Jackson as Mary Wilson) and Tammi Terrell (also played by Thomas) make it clear why the female singers of Motown were every bit as eminent and esteemed as the men.

In the course of the story, the show touches on important issues that affected the artists, defined their period, and influenced the style and themes of their songs: racism in the South, the Civil Rights Movement, and the assassination of Martin Luther King, Jr.; womanizing, abandonment, and physical abuse; recreational drug use, alcoholism, and suicide; and the War in Vietnam – addressed in the lyrics of hits like “(I Know) I’m Losing You,” “Papa Was a Rollin’ Stone,” “Since I Lost My Baby,” “Cloud Nine,” “Ball of Confusion,” and “War.” The historical references, amplified by Peter Nigrini’s projection design, provide contextualization and insights without overwhelming the central story of the meteoric rise and popularity of the group, which lives on in its music.

The production’s first-rate cast and musical selections are enhanced by an artistic design that is at once dazzling and refined. Robert Brill’s sleek set easily transitions from the exteriors of the theaters to the TV studios where The Temptations performed, to Berry Gordy’s office at Motown, with its monumental letter M. Stunning lighting by Tony Award winner Howell Binkley employs a full theatrical spectrum of marquee lights, footlights, spotlights that cast long beams of white light from above to illuminate the singers in the darkness of the bare stage, and dramatic backlighting that silhouettes them and their distinctive moves. Also contributing to the authentic look of the period are costumes (Paul Tazewell), wigs, and hairstyles (Charles G. LaPointe) that adhere to Gordy’s set standards of high class and impeccable grooming, for which The Temptations (in sleek sharkskin suits), The Supremes (in red sequined evening gowns), and the other Motown acts were known.

Ain’t Too Proud is a stellar production that elevates the quality of jukebox musicals with its engaging story and direction, top-notch performances, sophisticated design, and a selection of high-voltage choreographed hits that keeps the legacy of Motown alive and ‘Temptation strutting.’ It’s a good-time crossover show for fans of the music who will love to see it performed on the Broadway stage. 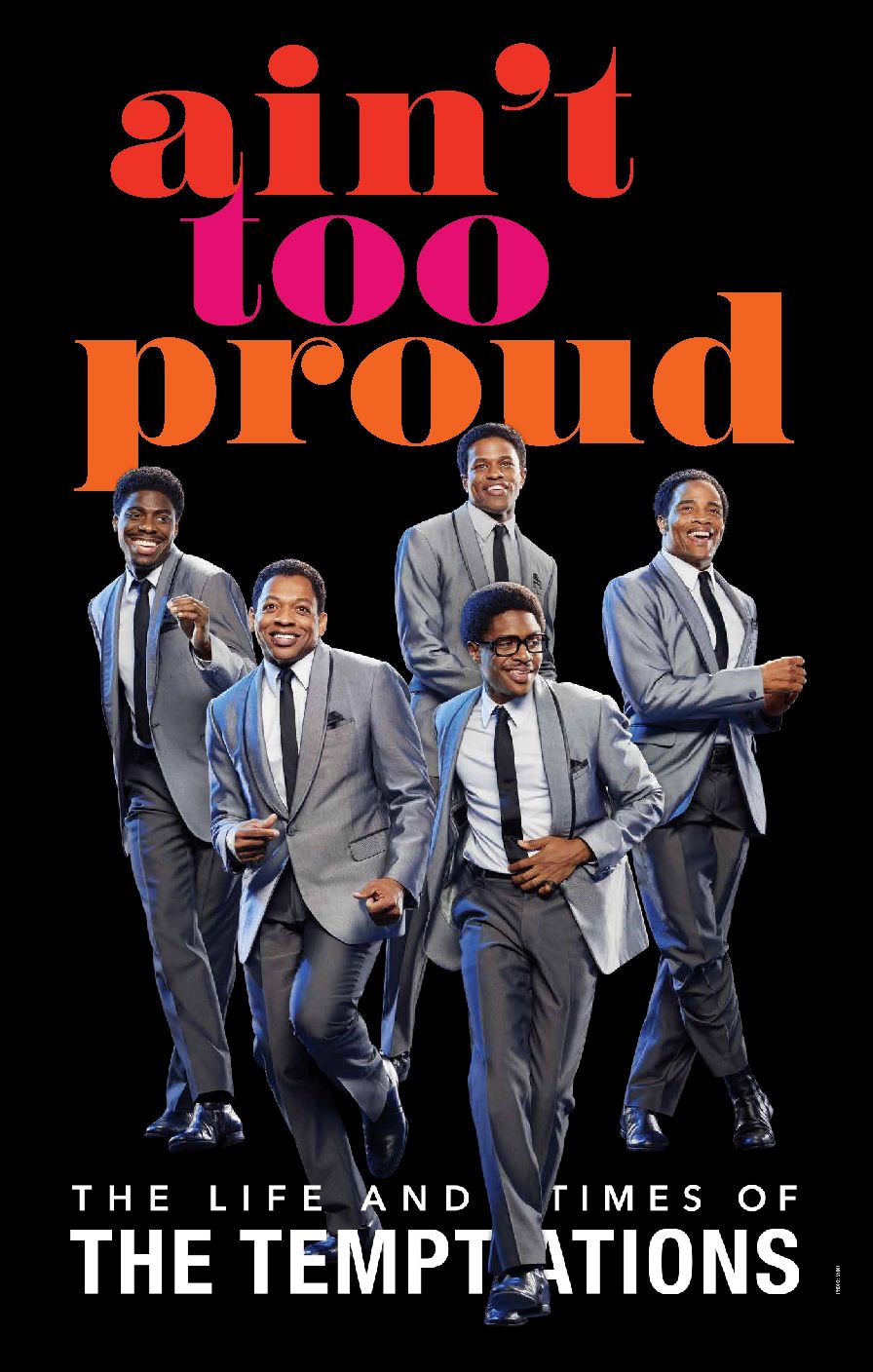 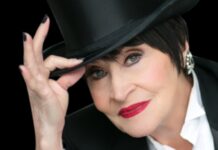 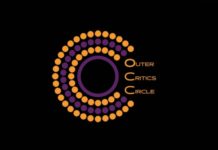