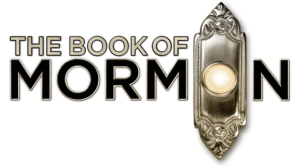 Producers of the national tour of The Book of Mormon at Baltimore’s Hippodrome Theater have announced a special ticket discount for seats to each upcoming performance, April 2 through April 7. Seats will be available at a budget price of just $25 apiece, selected on a lottery basis.

To qualify, the buyer must submit an entry in person at the box office beginning two and a half hours prior to each performance. Winners must present a valid ID and pay in cash. Limit is one entry per customer and a maximum of two tickets per winner.

The Book of Mormon is a satirical musical comedy. In its initial run on Broadway in 2011, The Book of Mormon took home nine Tony Awards including best musical for its trio of creators, Trey Parker, Robert Lopez and Matt Stone.

The Book of Mormon plays April 2 through April 7, 2019, at the Hippodrome Theatre at The France-Merrick Performing Arts Center – 12 North Eutaw Street, in Baltimore, MD. For more information call (800) 982-ARTS or go online.